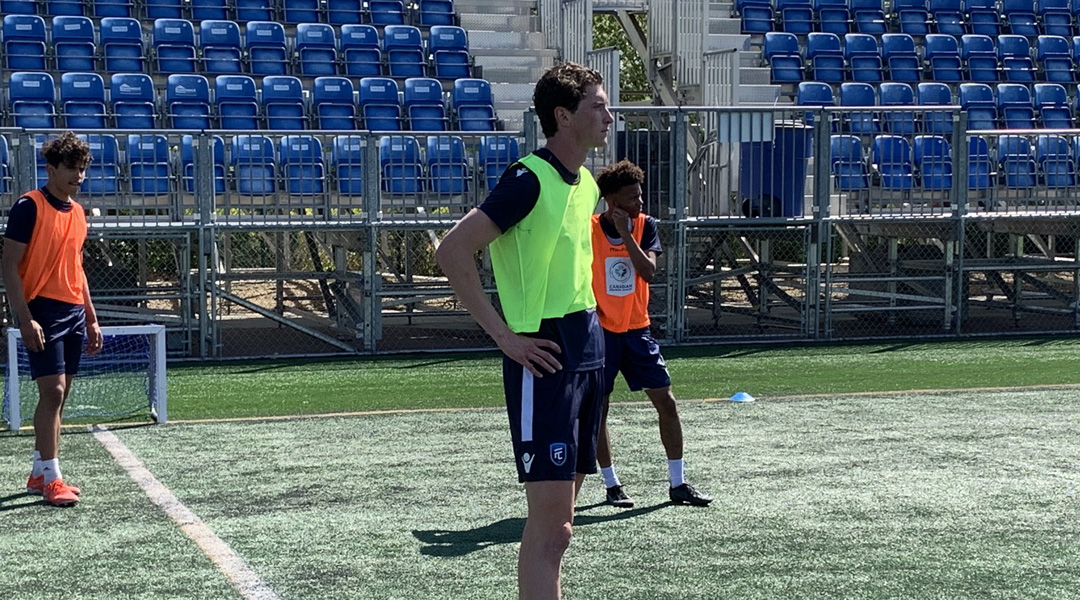 If FC Edmonton could re-sign Easton Ongaro, they would. Alan Koch said so himself.

The six-foot-six striker is back in Edmonton after five months with Romanian top flight side UTA Arad, where he recorded one goal in 135 minutes of action before injuries stymied his remaining time in Europe. Now fit to resume training, the presence of the Canadian Premier League’s all-time joint top goalscorer is sure to be a big benefit to a young Eddies team going through a tough season.

The Eddies rest at the bottom of the league table after nine games played, still winless and with just three points from draws on the board. While they’ve lost most of their games, the young, underdog squad that marches out week-in and week-out seems highly motivated from the first minute to the last, and it’s not like they haven’t come close to bagging that elusive win: they’ve managed to outscore York United overall, and their last three losses were reduced to a single-goal margin.

While many FC Edmonton fans would love to see Easton back in blue, the 24-year-old informed Northern Tribune that he was simply training with the squad to stay fit while back home. He’s still keeping his options open as he and his agency determine the best opportunity for his next steps, which could potentially land him back abroad.

The lanky striker proved to be an absolute phenom at the CPL level, tallying 25 goals in just 55 appearances for FC Edmonton before revealing to Northern Tribune that he was looking to test himself in Europe. It wasn’t long after that when he joined UTA Arad in Romania, which was a good move on paper soiled by a spell on the sidelines through injury.

With that in the rearview, it looks like FC Edmonton’s defense will be getting some fantastic training pointers from someone who certainly knows how to bag them in at this level, and that can only help their campaign going forward.

Only Forge’s Terran Campbell has scored as many CPL goals as the six-foot-six striker. He’s not the only high-profile former CPL talent without clubs right now, including Jems Geffrard and Louis Beland-Goyette.

Ongaro isn’t the only star athlete to have guested with a Canadian Premier League team in the last few weeks, with Sam Adekugbe having trained with Cavalry FC ahead of his camp with the Canadian national team.