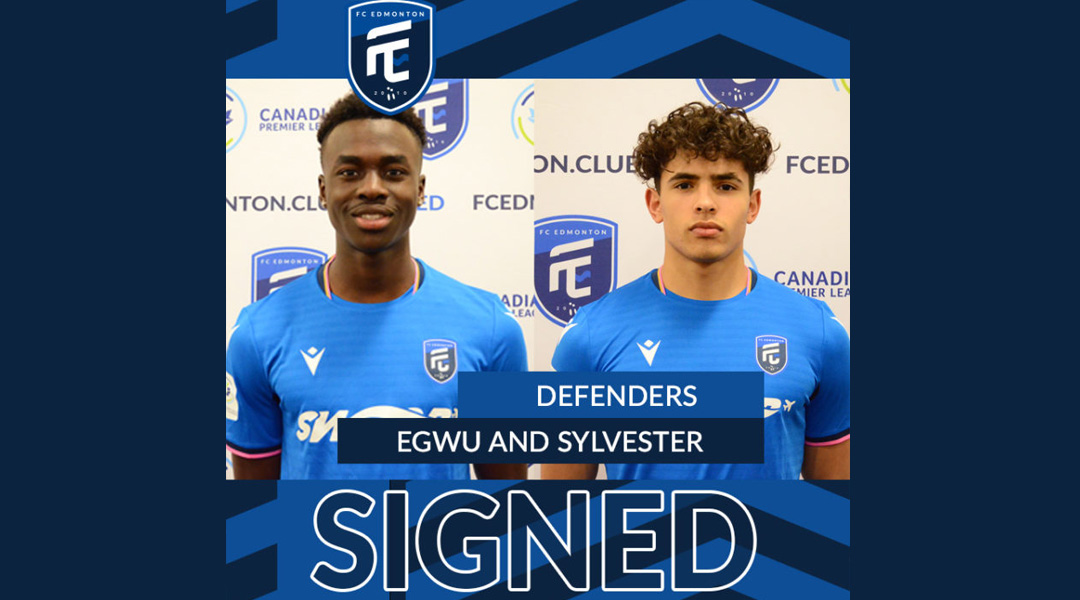 Canadian Premier League side FC Edmonton has added defenders Kelsey Egwu and Malik Sylvester, both of whom arrive from the BTB Academy.

The 2004-born duo had already been training with the Eddies, but will now fully assimilate themselves into a professional environment after inking developmental contracts with the underdog CPL side.

Egwu has been a longtime member of the BTB Academy, having previously played for both the St. Albert Impact and Edmonton Strikers. He had a training stint with Pacific FC last season, and while he has played both as a midfielder and a forward in his youth career he was described as a defensive addition for the Eddies.

“Kelsey is an athletic defender who we have enjoyed having in our training environment,” head coach Alan Koch said of the youngster. “He is becoming more comfortable with the technical and tactical requirements of professional football, and we are excited to see him embrace this opportunity.”

Sylvester stands at an imposing six-foot-one, with the defender currently also plying his trade with the BTB Academy after committing to NCAA Division 1 side Oakland University, who are pursuing back-to-back Horizon League championships. He had helped the St. Albert Impact to a provincial and national championship at the U-15 level, while having been part of a gold-winning Team Alberta side at the 2019 Canada Western Summer Games.

“Malik is a strong and talented young defender,” said Eddies head coach Alan Koch. “His mentality has been first class and we are enjoying having him in our training environment. We will continue to push him and help him maximize his abilities.”

The BTB Academy has produced a number of young talents who have secured developmental deals in the Canadian Premier League: Pacific FC added Paul Amedume last season, with the CPL side signing the youngster to a full contract this year before loaning him to North Texas SC. Last year also saw the Eddies bring in Nekhi Wright and Ali Yildiz, while Muslim Umar spent time on the bench for FC Edmonton before swapping to a developmental deal with York United.