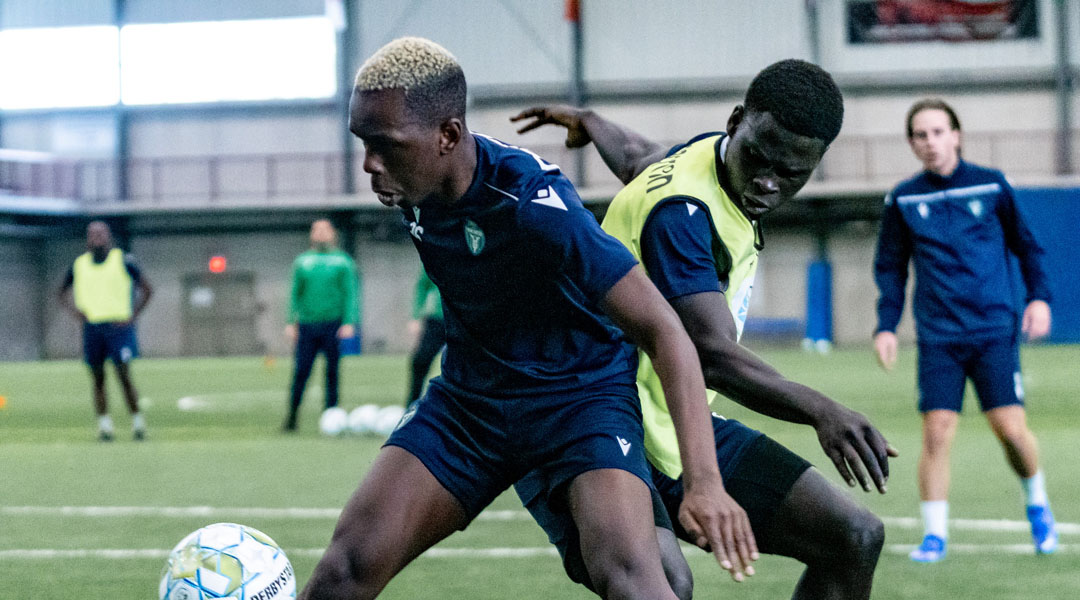 York United will be loaning young defender Felix N’sa to FC Edmonton for the upcoming season.

The 18-year-old defender missed out on last season through injury, but will arrive to Clarke Stadium ready to make his Canadian Premier League debut one season after signing with the Nine Stripes.

“Having the opportunity to tap into additional loaned players from each of our member CPL clubs is a valuable asset this season,” said new Eddies President Jeff Harrop.

Felix is a versatile player capable of playing as both a centre back, a right-back, and even as a six, which will give Eddies head coach Alan Koch plenty of options as to where to fit the youngster. He becomes the second defender enlisted to the side after T-Boy Fayia.

York United Club President Angus McNab had described Felix as a high-potential addition with plenty of versatility, though at the time of his signing he was described as one for the future. It’ll be interesting to see how the 18-year-old performs with FC Edmonton, who conceded 41 goals from 28 matches last season.

Felix missed out on the 2021 Canadian Premier League season after struggling with a back complaint at the start of the campaign, and was placed on the season-ending injury list be York United in August. While the league’s own stat-tracker has him as registering one appearance, that was actually his older brother Chrisnovic.

There won’t be any sibling rivalry on the pitch when FC Edmonton faces York United this year, however: the terms of the deal won’t allow Felix to play against his parent club, which means he won’t have to suit up against his older brother at any point.

We are looking forward to working with Felix competing to get the minutes he missed out on last year due to injury. He is a welcome addition to our squad of young players who are up for this season’s challenge.

York United is also loaning internationals Julian Ulbricht and Tobias Warschewski to FC Edmonton, with the club earlier confirming that academy products T-Boy Fayia and Darlington Murasiranwa were the only two Eddies from the club’s 2021 roster to remain contracted to the side.

The loan acquisitions of three York United athletes brings the club’s roster count to five, with Master Kacher expected to sign as well. Fans can expect plenty of additional player news to trickle out as the 2022 CPL season approaches: the Eddies may have been quiet lately, but they’ve been hard at work behind the scenes.