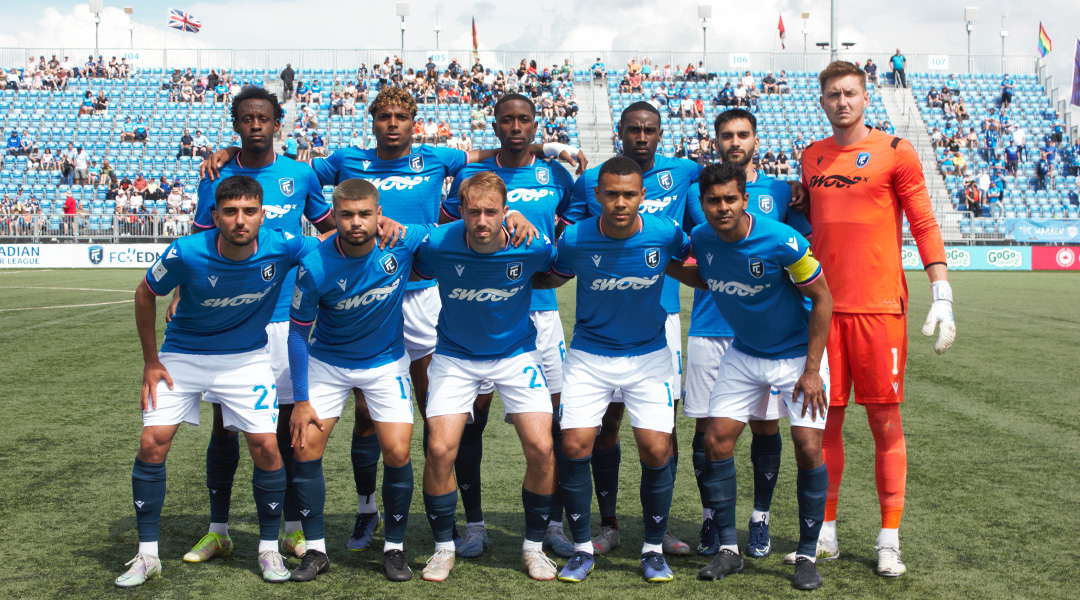 The increasingly likely end of FC Edmonton is a shadow that has loomed over the Canadian Premier League for nearly half of the league’s own existence, but we appear to be in the closing chapter now.

In fact, CPL Commissioner Mark Noonan said that a decision on what to do with the club would have to be made in the next month or two. With no buyer in sight, it’s not looking positive.

The struggles of the CPL side to find a lifeline have been open and clear for all to see ever since club owner Tom Fath ran out funding for the side last year, with owners of the league’s other seven clubs having to step in to fund player and staff salaries while the league took over operations of the club.

With the club still remaining ownerless after two seasons in unideal conditions – and a lot of creative roster building for a minimum budget side bleeding money – the league is looking increasingly likely to call it a day on the troubled sports franchise, though buyers had shown interest. More on that below.

FC Edmonton launched in 2010, joining the NASL from 2011-2017 and thus far has been in the CPL from 2019 to present. It also ran a youth academy eight years before it was shuttered ahead of the 2021 CPL Season as cost-saving measure as the club entered its Survival Mode era.

It is, it appears, the end of that era.

A high-ranking official from another CPL side described FC Edmonton’s inclusion in the Canadian Premier League back in 2019 as a ‘marriage of necessity’ at the time, but overall states that their inclusion was a poor decision from league management as they were ‘predictably not a good league partner’.

FC Edmonton had struggled to make ends meet in the past, and had ceased operations back in 2017 shortly before the NASL itself became defunct. After taking a hiatus following a period club founder Tom Fath said was ‘unsustainable in the Edmonton market’ for the Eddies, they tested fan interest in a revival before springing back to life as one of the CPL’s inaugural seven clubs.

Things didn’t exactly get off on the right foot, however, with FC Edmonton saddling on further debt to improve the club’s own independent broadcast set up at that point, only to later find that the league-curated broadcast agreement with OneSoccer meant that this significant investment was all for naught.

FC Edmonton averaged just under 3,000 fans in its inaugural year – less than it had during its final NASL season – before the COVID-19 pandemic saw the Eddies endure a winless second season without any gate revenue before the league had to take over operations the following year. In that time, neither the Faths nor the league procured a way to summon larger crowds into Clarke Stadium or make things otherwise sustainable.

The same high-ranking official who described their inclusion as a marriage of necessity had suggested earlier this year that the best course of action that the league could take was to fold the club and sell the Edmonton geography at a new franchise rate later on, netting the league a cash influx whilst allowing an expansion side to play in Edmonton without being burdened by FC Edmonton’s debt.

Throwing a wrench into this is a potential territorial rights deal between the Faths and the Canadian Premier League that could prevent the CPL from launching a new team without the current owners waiving their locational rights – with this, you have the recipe for something that might slow down the proper return of professional soccer in the YEG for the foreseeable future.

This path, however, appears to be exactly what’s on the menu for Canada’s domestic professional soccer league, though the interim would leave Cavalry FC isolated as the lone Albertan side in Canada’s top flight.

There Was Interest From New Owners, Though

We had reported that new ownership groups had sniffed around, and we’ve now verified this with multiple sources. It also turns out that more than one group submitted a lowball offer of one million dollars which was reportedly rejected by the league, who had valued the team to the tune of about closer to nine million dollars instead.

A trusted source states tell us that a small number of potential owners all walked away from the Eddies at this valuation, which also came with the large caveat that they’d be saddled with Fath Sports Limited’s existing club-related debts, too. It’s unclear what this amount totals, but some numbers run as high as twenty-one to thirty million dollars. We weren’t able to confirm that figure, however.

The terms of the nixed sales also included a $400,000 fee for Accelerate Sports, a boutique investment bank and corporate advisory firm with a focus on sports-related business. The league had also negotiated a waived amount of up to two million dollars to match investments made to the club’s stadium arrangements, with Clarke Stadium having failed spectacularly in terms of a big league feel.

With FC Edmonton itself failing to sell over the course of two seasons, the club has found itself in a place of purgatory where staff and player turnover were pushed to extreme limits with the club unable to sign or honour long-term contracts.

A club is comprised of more than just players and coaches, however, and some front office members have already seen their contracts expire earlier this week, while others have until the end of November and some to December. Even FC Edmonton’s stalwart head coach, Alan Koch, will see his own contract expire in three weeks time.

The Book Is Probably Closing, But What’s Next?

Should FC Edmonton fold, it will have been survived by all of the other launch clubs, Atletico Ottawa, and the newly-revealed Vancouver FC, which would see the league remain at eight clubs with further expansion plans slated for 2024.

While it’s no secret the league would like to keep FC Edmonton around – and Noonan says the league is working hard to address the situation – we’re definitely in the end game now. It’s do or die, and FC Edmonton is already bloodied.

When one looks in the rearview mirror, it’s clear that the league took a gamble on FC Edmonton, which has thus far failed to find sustainable success in both its NASL and CPL eras. While club founders Tom and Dave Fath did wonders to promote soccer in what has the potential to be a big pro soccer city, their failed approaches towards profitability will be carefully examined whether new owners assume control or a new expansion team purchases rights to the Edmonton geography.

Should the club fold, FC Edmonton’s last match will have been played on Saturday, October 8, with 1,197 spectators watching on as Alan Koch’s side secured a 3-1 win victory Valour FC.