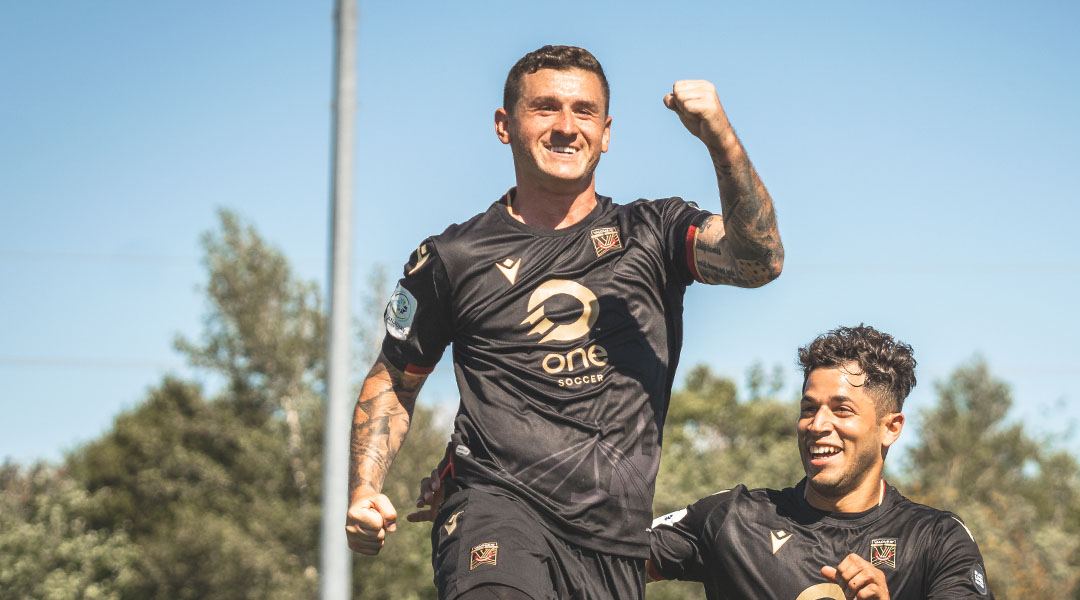 The 25-year-old is the club’s second intra-league transfer move in just as many days, with FC Edmonton having brought in versatile midfielder Kyle Porter yesterday after he went out-of-contract with York United.

Aird returned to Canada this January following a playing career spent mostly overseas in Scotland, where he made 62 appearances for Rangers before being released and ultimately playing for five teams in his last three years. Following his departure from Cove Rangers after he made an inappropriate gesture last year, he joined Canadian Premier League side Valour FC for a season-long stint at The Island Games.

A decent campaign for Aird saw the winger appear in six of seven matches under Rob Gale, with the winger contributing one goal in the club’s 4-0 routing of Atletico Ottawa before the short season concluded. The only match he didn’t participate in was against FC Edmonton.

Eddies head coach Alan Koch had told us he was seeking more dynamic players who could run in behind players and create opportunities, and that appears to be exactly what he’s hoping for out of the club’s newest signing:

We are excited to bring in Fraser to join our squad. His winning mentality and ability to create opportunities for his teammates are going to be a major part of our new team. I look forward to working with him to elevate his game to an even higher level. He has had excellent experiences in his career so far and we will help and support him in achieving individual and team success.

Aird becomes the sixth player to sign on for FC Edmonton’s 2021 campaign, and the third new face brought in by Alan Koch behind Kyler Porter and Paris Gee. Prior to the new head coach’s arrival, Club President Eric Newendorp had secured the return of academy products Marcus Velado-Tsegaye, Chance Carter, and Antony Caceres.

Koch says the club needs to ‘play catch up’ this offseason, which certainly explains why the Eddies haven’t been quiet during the holiday window.

If all goes according to plan, the club is hoping to introduce a new attacking, tika-taka philosophy. While Koch stated that a transition into his vision will take time, he hopes that fans will see exactly what he’s trying to achieve in the next season, with Newendorp adding that the club aims to hold at least one North Star Shield within the next five years.

Aird appears a capable signing for a club in the midst of a rebuild, coming in with a very stable floor and a potentially sky-high ceiling. His becomes just the second confirmed departure from Valour FC, who parted ways with former captain Dylan Carreiro in October.

FC Edmonton did not disclose the length or financial details of Aird’s contract.