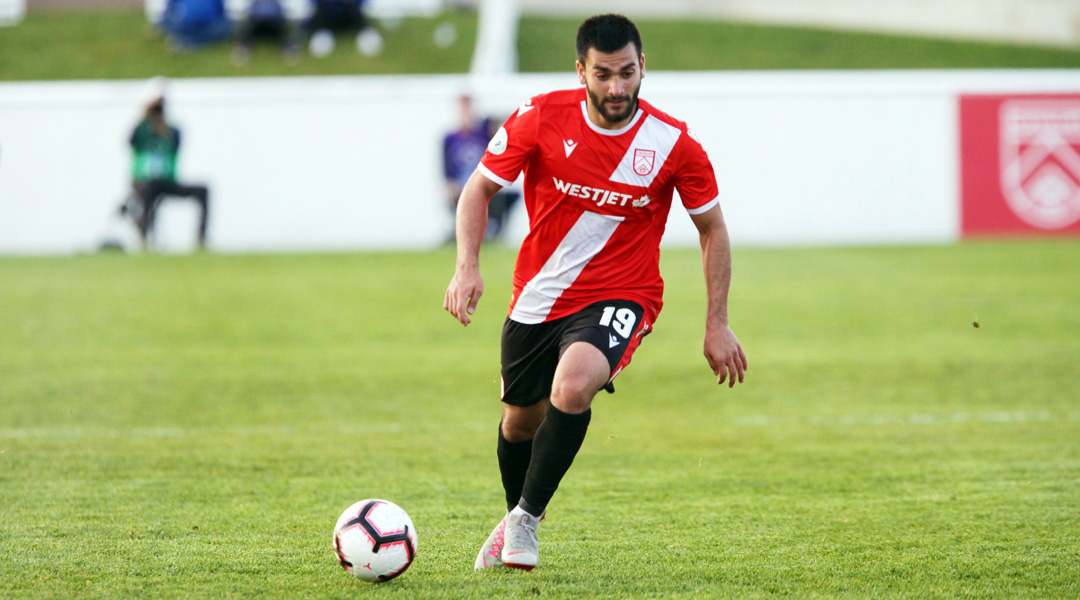 FC Edmonton is adding former Cavalry attacker Gabriel Bitar to its roster ahead of the 2022 CPL season.

The 23-year-old forward most recently played in Lebanon with Al Ansar, but had taken his first professional steps as a draft pick with provincial rivals Cavalry FC back in 2019. Haven proven prolific at the U SPORTS level, he’s an interesting pickup for an Eddies side on a budget.

“We are excited to bring Gabi back to the league. He has had an outstanding U SPORTS career and a taste of CPL before,” said head coach Alan Koch.

This marks the first former Cavalry player to cross Al Classico battle lines to sign with the Eddies, with Bruno Zebie having done the reverse in 2020.

Last summer saw the forward get off to a hot start in Lebanese Premier League side Al Ansar, scoring a brace on his debut. Despite impressing at the club level in his first two matches, he opted to return home due to the country’s economic concerns.

Bitar had been selected as the first overall pick of the 2018 CPL-U SPORTS Draft by Cavalry FC, making three appearances for the side in 2019 before returning to Carleton University in the fall. While the club selected him again the following year – before a league rule stipulated that club’s don’t need to ‘re-draft’ players – he didn’t ultimately return to the team in 2020.

He was quite prolific for the Carleton Ravens from start to finish, scoring an astounding 40 goals in 51 appearances for the Ottawa-based university. While he was eligible for this year’s CPL-U SPORTS Draft, he went unselected through both rounds.

“We believe he is now better prepared to show what he can do in the league this season,” added Koch, “he is a crafty attack-minded player, and we look forward to him developing connective relationships with our fellow attacking players.”

Having been one of the several trialists who impressed this month, he’s now back into the professional game with an underdog Eddies side that has made some intriguing signings over the last month or so.

Prior to his first venture in the Canadian Premier League, the Canadian-Lebanese athlete developed with the Ottawa Fury Academy where he gained experience in the PLSQ before joining League1 Ontario side Ottawa South United, where he bagged six goals in thirteen appearances. A later return to OSU saw him net four in seven.

All-told, the 23-year-old forward arrives as a prospect with a high ceiling: he’s certainly a level above Canada’s semi-professional leagues, though whether he has the chops to duke it out at the Canadian Premier League remains to be seen.

With just 14 players named – several of whom are forwards – there are certainly still several roster announcements to come before the side kicks off against Valour FC on April 10.