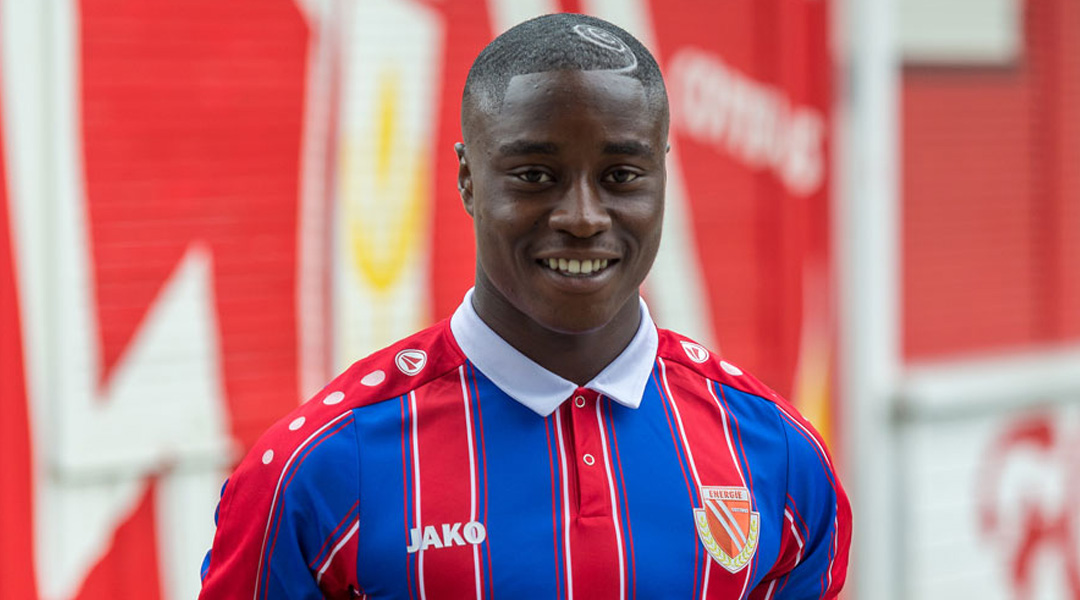 FC Edmonton has continued to lean on Germany-based talent, announcing the signing of former TFC II forward Gabriel Boakye for the remainder of the season with an option for a further year.

The 23-year-old Canadian arrives to FC Edmonton from German fourth tier side Lokomotive Leipzig, where he had made two goals and two assists in eleven appearances before the season was called to an early close due to COVID-19.

Boakye first landed in Germany five years ago, signing with Energie Cottbus and breaking through the U-19 level to debut for the side in 2016. It was here where he rotated between forward an full-back, with his second campaign seeing the side earn promotion to 3. Liga before he signed with FC Koln II. He spent a further two seasons there before signing with Lokomotive Leipzeig last July.

He was in dire need of fresh opportunity with the cancellation of his Leipzeig’s season, and Eddies head coach Alan Koch was more than happy to give it to him:

We are incredibly excited to welcome Gabriel to our squad. He has had some excellent experiences in recent years in Germany and I look forward to seeing him showcase himself in the CPL. His athleticism and technical ability will give us another valuable option in attack.

While Boakye’s main position is out on the right wing as an attacker, he will give the Eddies options both up top as a striker and as a right-sided full-back, too.

Before departing Canada, he signed with the Toronto FC Academy in 2012 and was eventually signed to TFC II in the USL, making his professional debut in 2015. He made nine appearances in the USL overall.

He has been part of the Canadian national team setup at the U-15, U-17, U-20, and U-23 levels, and was named to the provisional CONCACAF Men’s Olympic Qualifying roster before the ongoing COVID-19 pandemic delayed the tournament.

Now at a pivotal age point in his career, the 23-year-old would have to do quite well in the CPL to catch national team head coach John Herd man’s eye. More realistically, he’ll be aiming to keep his professional aspirations alive with a transition back home for the time being. Boakye is also eligible for Ghana through his parents.

FC Edmonton has looked to Germany for a few of its arrivals this year, with Tobias Warschewski and Matthew Durrans both arriving from there, while Muslim Umar (who road the bench briefly before joining York United) had been party of the Bayern Munich U-19 World Squad.

FC Edmonton did not reveal the financial details of Boakye’s contract with the side. His contract runs through the 2021 CPL season with an option for 2022.

He is expected to join the club in Halifax for their away matches against the east coast team this Saturday.