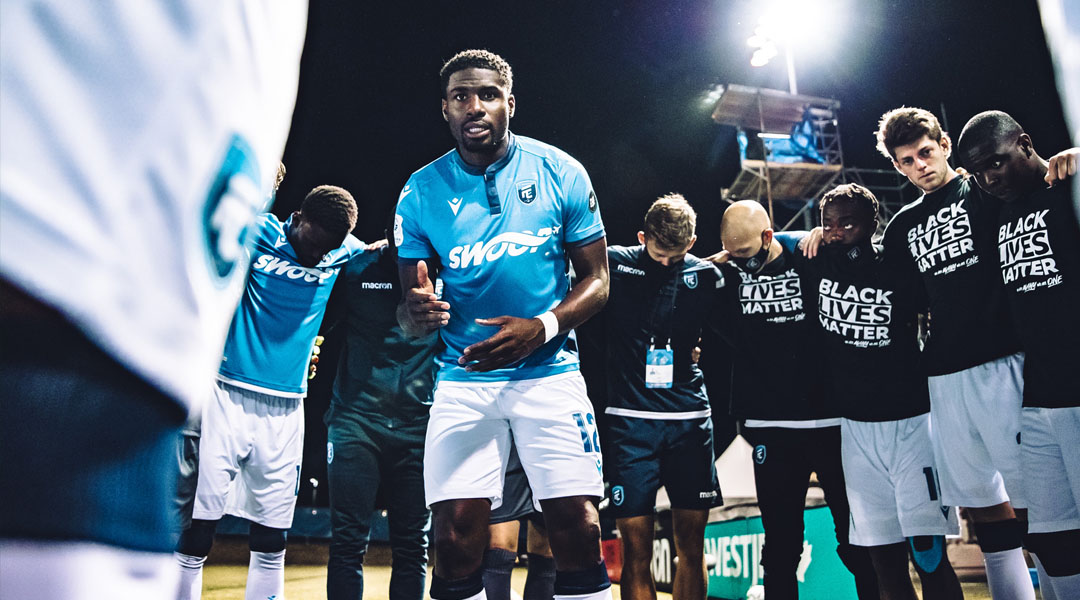 The new top man at the Alberta-based club has been busy ever since arriving from the the Double-A affiliate of the LA Dodgers, revealing that he’s already been in discussions with multiple head coach candidates. To that end, he suggests that the club will finalize its head coach appointment and make things public within a week or two:

It is the singular thing that is present now that links to many, many other things, not just on the pitch. It’s going well. We have great candidates. I’ve talked to lots of really talented, good candidates, so much so that it has been hard to narrow in on finalists. We’re real close and hopefully we’ll be able to let the world know who’s our next guy within the next seven to 14 days.

The Oklahoma-born President was just announced this week, but sources reveal he’s been working for a decent window of time now – in fact, he’s conducted the exit interviews for the current Eddies roster and has re-signed a few players himself, stating that there are others he’s working on retaining ahead of the new head coach arrival, too.

That being said, one Eddies player told Northern Tribune that the scope of this year’s roster change would be significant.

In terms of the new club gaffer, Newendorp stated that he has primarily been looking for someone with first team head coaching experience ideally in a professional environment, though he noted some candidates have been assistant coaches or head coaches from outside of the professional game.

While Cape Breton Capers head coach Deano Morley revealed he wasn’t approached, this could lead credence to the multiple links from CanPL Editorial articles to Ilya Orlov, the head coach for both Alliance United and the University of Toronto.

In an earlier interview, NASL-era head coach Colin Miller also stated that while he missed the professional game, a return to Edmonton was unlikely given how settled he was out in British Columbia.

Newendorp also suggested that his shortlist requires the coach to have a good network either in North America or internationally, so that they had resources for player recruitment. With the Eddies having their own academy system to pull from, someone with strings to bring in some leading international talent could be a sharp addition for the side.

Former head coach Jeff Paulus had suggested that the club was in need of a new voice in the locker room, and that’s a sentiment Newendorp hinted at as well: he says that a culture fix at the club was required, which made it important for him to know what kind of players the prospective head coaches were looking to bring in beyond a technical standpoint.

Despite stepping down as head coach, former club gaffer Jeff Paulus still has a position with the Canadian Premier League club for the time being. As the Manager of Player Development, he says that his role will be to ensure some of the club’s younger talent don’t get lost in the shuffle as a new head coach arrives.

That being said, the 51-year-old coach did note that his position was a transitional one, and he was ready to fully embrace his exit from FC Edmonton when the time came. Whether assistant coach Sean Fleming and the rest of the technical staff remain will be up to Newendorp and the upcoming head coach hire.

In his talks with Oliver Platt, the new Club President stated that the new head coach will also need to understand the business impact of the on-pitch performances. While Paulus stayed true to his roots by recruiting and playing local talent, it appears the next gaffer will need to put a larger emphasis on results and improving the quality of play over purely deploying local talent.

Doing that will help grow the brand, and that’s another subject that Newendorp touched on during his interview with Platt (interested readers can find that conversation here). There, he also details some upcoming improvements to the matchday experience at Clarke Stadium, which will include better lighting for evening games in an effort to bolster some fairly worrisome attendance numbers from 2019.

Newendorp also provided some rooted expectations for the club, stating that he aims for the side to win at least one North Star Shield within the next five years. As things stand, there’s a lot of work for Newendorp and the upcoming head coach hire to do. As per Newendorp himself, fans can expect to hear who that higher is within the next two weeks.