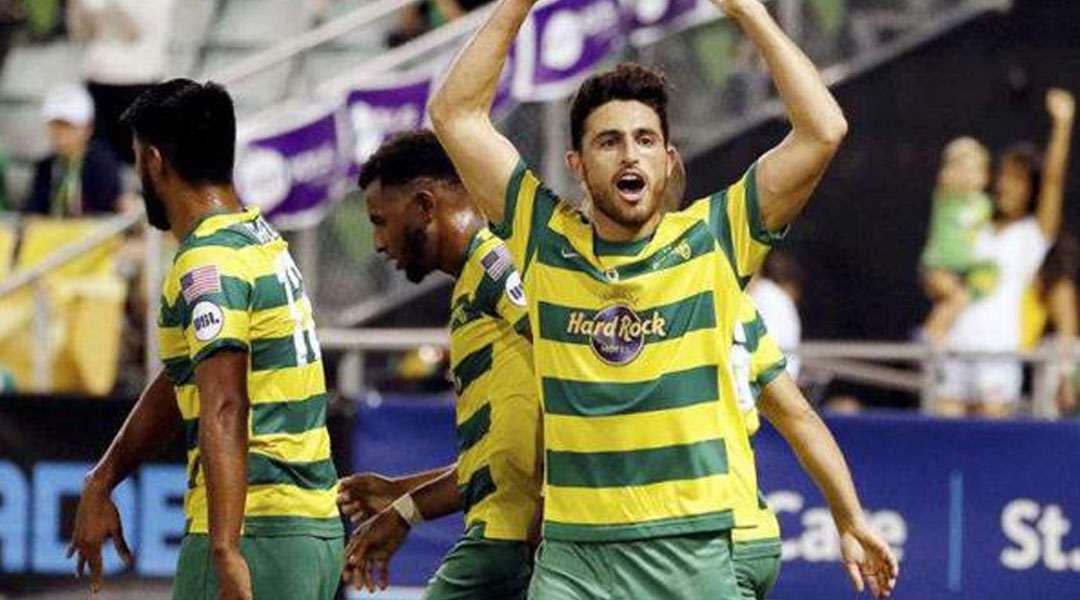 The New Jersey-born centre-back – who can also defend on either flank – arrives after having spent several years of his career in the USL Championship with the likes of San Antonio FC, Loudoun United, and the Tampa Bay Rowdies, where he served as team captain in 2018 and completed a team-high 34 matches in 2018. The last two seasons saw his time limited to 19 appearances, with his move to FC Edmonton representing his first time playing club football up north.

The 29-year-old defender brings a winning mentality to Clarke Stadium, with Gorskie having won two NASL Championships during his years with the New York Cosmos. He’s also spent some time abroad, playing for Polish side Miedz Legnica and Danish side Thisted FC at separate points in his career.

We are incredibly excited to add Hunter to our team. We have a young and motivated team and Hunter’s experience and leadership will be invaluable to the group. He is a highly intelligent defender who can manage game situations incredibly well.

While Gorskie isn’t the tallest centre-back at five-foot-ten, his arrival opens up tactical flexibility for Koch: with the American contesting for a spot in the middle with both Amer Didic and Mele Temguia, the head coach now has further freedom to push Ramon Soria up into a defensive midfield position – though where Soria is ultimately deployed remains unknown for now.

Of course, Gorskie is also capable of filling in to defend on either flank, so where he’ll ultimately be deployed depends on how things work out at training camp ahead of the upcoming 2021 CPL season.

He is also excellent at leading and communicating with the players around him. His diverse and significant experience will set him up for success in our new and robust environment. I look forward to seeing Hunter play in the Eddies blue soon!

Gorskie isn’t the only USL-centric addition recruited by Koch this year, with the new gaffer’s first signing, Paris Gee, having come in from Saint Louis FC. While both Gorskie and Gee are big additions, perhaps the most high-profile offseason acquisition for the Eddies so far is the signing of Shamit Shome from CF Montreal.

With only two roster spots remaining, it’ll be interesting to see if the club utilizes any of its CPL-U SPORTS Draft picks.

This week saw the Eddies reveal their 2021 Community Edition kit, which features a denim-inspired look.