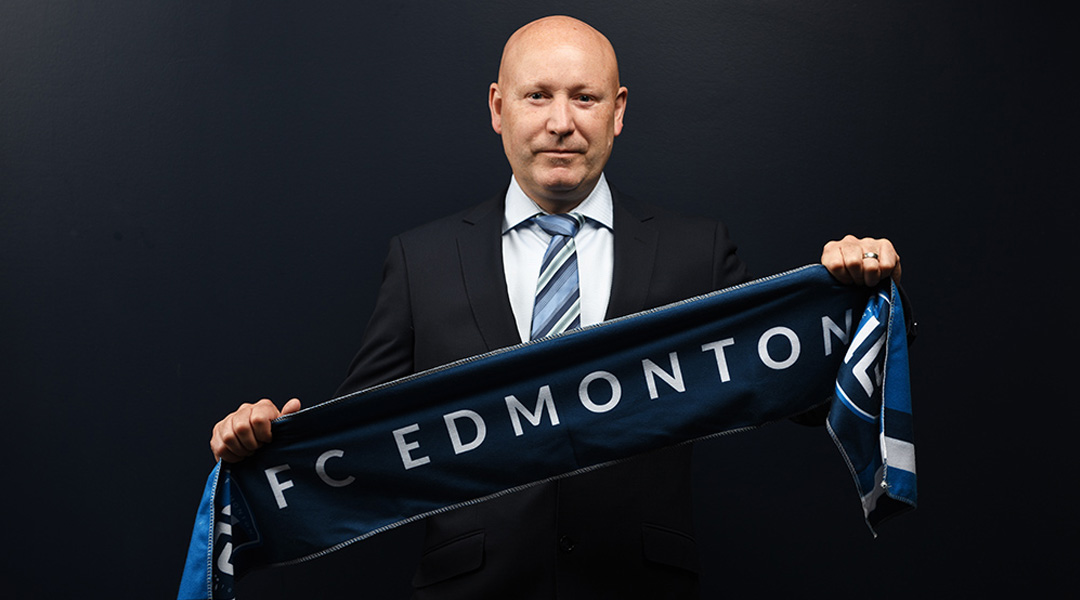 Following the departure of FC Edmonton General Manager Jay Ball, the Alberta-based club has now announced that head coach and director of soccer operations Jeff Paulus will also be the club’s interim general manager, too.

Paulus, 50, is in the midst of a roster rebuild that has seen his Canadian Premier League side part with no less than eight players so far, with the same amount of players currently confirmed to have re-signed for the 2020 season.


Given that the gaffer is simultaneously pursuing his Master of Business Administration from Athabasca University, it’s fair to say he’s got a lot on his plate right now.

Having been involved with FC Edmonton since 2012, I have a deep passion and commitment to see our club succeed. Having these interim extra leadership duties will be great experience for my MBA. At the same time, I’m continuing my role as head coach in building toward the 2020 season.


With the league having a staff salary cap, clubs likely stand to save a fair bit by amalgamating the roles – though Jeff’s position as general manager appears to be temporary.

As head coach, Paulus led FC Edmonton to a third-place finish in the CPL’s spring season, though the Eddies then fell to a sixth-place finish in the fall. Still, with the likes of Easton Ongaro discovering his goalscoring form and a roster rebuild in the works, there’s cause for optimism for an FC Edmonton side that found itself in the shadows of neighbouring Cavalry FC throughout the inaugural season.

With the club remaining silent on its search for a long-term general manager, there’s no telling how long Paulus will be juggling duties – though he evidently isn’t afraid of the challenge.