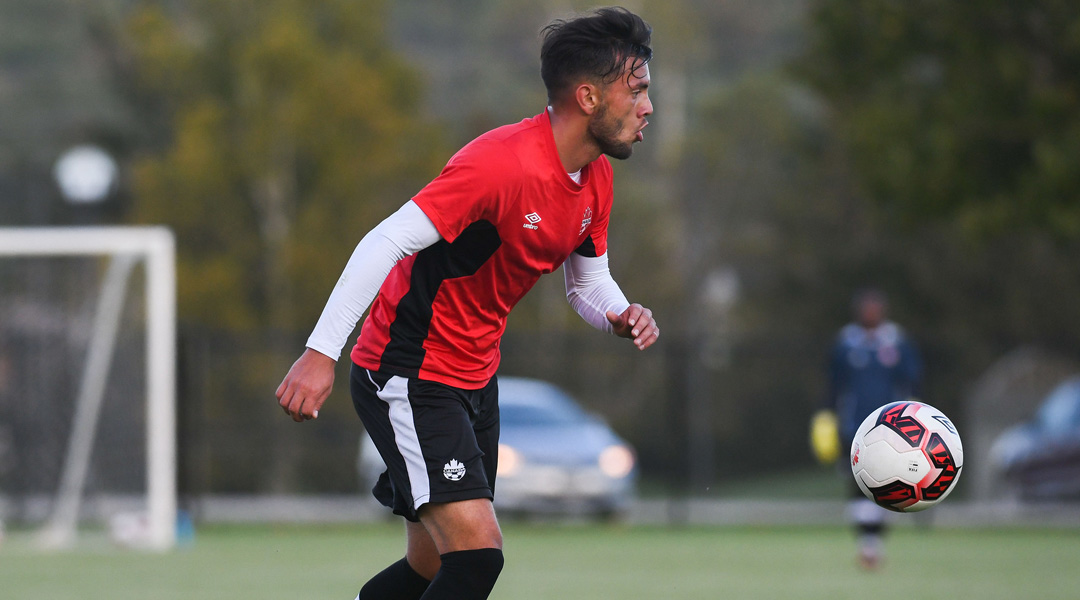 The 25-year-old attacking midfielder arrives from USL side Sacremento Republic, where he contributed six goals and five assists in forty-six appearances over the last two seasons. Prior to that, the midfielder played for Costa Rican giant Saprissa (2017), Belen FC (2016), CS Herediano (2014-2016), and Real Valladolid B (2015), meaning that he brings plenty of high-level international experience with him to the Eddies.

This is a very exciting signing for our club and we are delighted to have won his signature,. Keven brings us an undeniable attacking quality and is sure to excite our fans whenever the ball is at his feet. We wanted to bring in an attacking midfielder, a creative number ten and Keven was number one on our recruitment list.

Aleman was born in San Jose, Costa Rica, before his family immigrated to Brampton, Ontario when he was ten years old. An avid soccer player, he joined the Toronto FC Academy at the age of sixteen, joining a roster that included the likes of Chris Mannella, Sergio Camargo, and Matthew Arnone.

Following his appearances in the U-17 World Cup, his MLS rights were traded to the Vancouver Whitecaps as part of an exchange for now-CPL commentator Terry Dunfield, with the midfielder then sorting out a visa issue that made it possible for him to jump to Spain for the Real Valladolid Academy in 2011 instead. His departure from the Toronto FC Academy came at the same time current CPL players Michael Petrasso and Dylan Carreiro left the system to explore overseas opportunities as well.


Aleman’s national team career began with an FC Edmonton connection with Sean Flemming’s U-17 side in 2011, when he participated in the U-17 World Cup. He would go on to be a part of Canada’s 2013 CONCACAF U-20 Championship side, where he revealed that had been approached about representing his birth country, Costa Rica.

Later that year, he cap-tied himself to Canada after making his debut for the senior national team against Mexico in the Gold Cup, replacing Forge FC captain Kyle Bekker in the 82nd minute. Keven has accrued four appearances for Les Rouges in total, most recently under Octavio Zambrano in 2017.

In joining the Canadian Premier League, Aleman is eager to re-establish himself in the country he’s represented on the national stage:

Coming into Edmonton is goin to help bring that dream back of being on the national team. That’s my number one goal for this season, apart from winning a championship with FC Edmonton. Those are my two goals.

Since Aleman is the club’s twenty-second signing, that means at least one of the Eddies’ two CPL-U SPORTS Draft picks (David Chung and Jacob Bosch) won’t be able to make the squad.

FC Edmonton did not disclose the financial terms of Aleman’s contract.