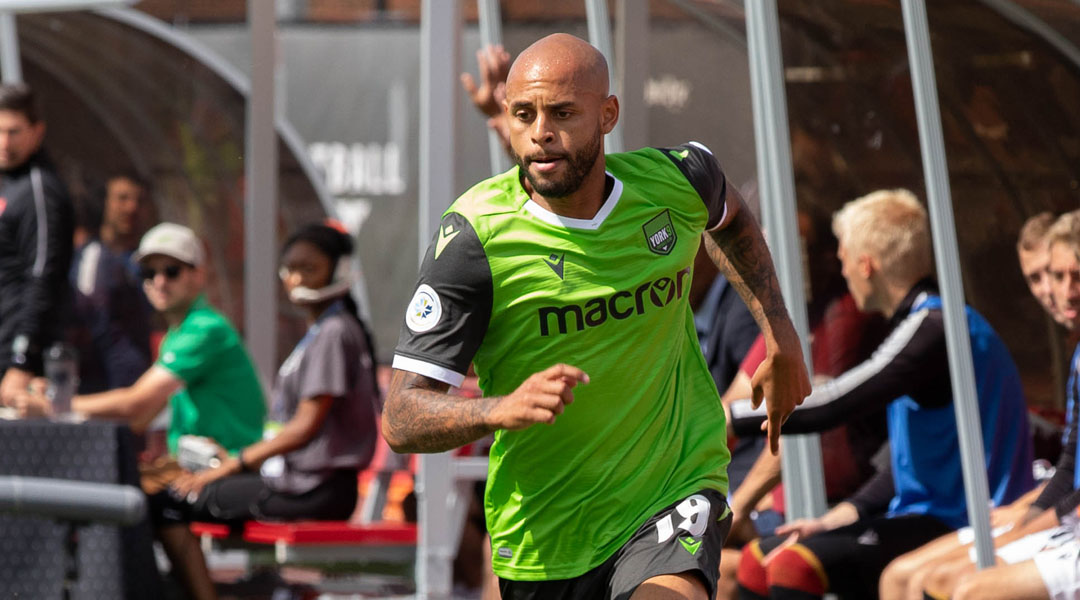 It was just a little more than a week ago when eagle-eyed fans noticed that the out-of-contract York United man had followed the Eddies on social media platforms, and now it’s very clear why. The Toronto-born midfielder played for the NASL-era Eddies back in 2011 and 2012, where a bountiful 12 goals in 48 appearances saw him picked up by MLS side DC United.

In life, things come full circle. A decade ago I signed one of my first contracts of value with this club. I’m truly grateful to be returning to this honourable franchise.

Porter was the first-ever played to sign for York United, arriving to the CPL outfit from Tampa Bay in late 2018. He appeared for the Nine Stripes on 37 occasions across all competitions, scoring three goals and provided eight assists, his last of which came in a thrilling derby win over Forge FC in Charlottetown.

He becomes the second signing of the new Alan Koch era at FC Edmonton, with the new club gaffer stating that he was moving quickly to help the side close the gap on other CPL teams. Coming in with just shy of 250 professional appearances (32 of them in Major League Soccer), Porter will be a solid veteran presence as Koch aims to bring consistency to Clarke Stadium:

Kyle’s versatility and experience in the CPL and other leagues will be invaluable to our group as we prepare for the 2021 season. I have been in contact with him for several years on the journey and am excited to finally get to work with him back in Canada. He is a part of the history of the club and returns to be a part of our future.

In our talks with Kyle Porter a month or so ago, he stated while he was evaluating some overseas moves he wasn’t ruling out an intra-league move. He becomes the latest of a number of York United midfielders to be involved in such, with Manny Aparicio joining Pacific FC, Joseph Di Chiara joining Cavalry FC, and Chris Mannella being a suspected Atletico Ottawa capture.

Much like new Eddies arrival Paris Gee, Porter has also accumulated plenty of USL experience from his time with the Atlanta Silverbacks, Ottawa Fury, and the Tampa Bay Rowdies. The club has also confirmed the return of academy products Marcus Velado-Tsegaye, Chance Carter, and Antony Caceres.

Eddies Club President Eric Newendorp suggests that fans should expect to see plenty of new faces by the time the 2021 Canadian Premier League season kicks off, with newcomes like Gee and Porter just the beginning of a big squad overhaul.

FC Edmonton did not disclose the length or financial details of Kyle Porter’s contract.

Koch: Eddies Must Play ‘Catch Up’ This Offseason