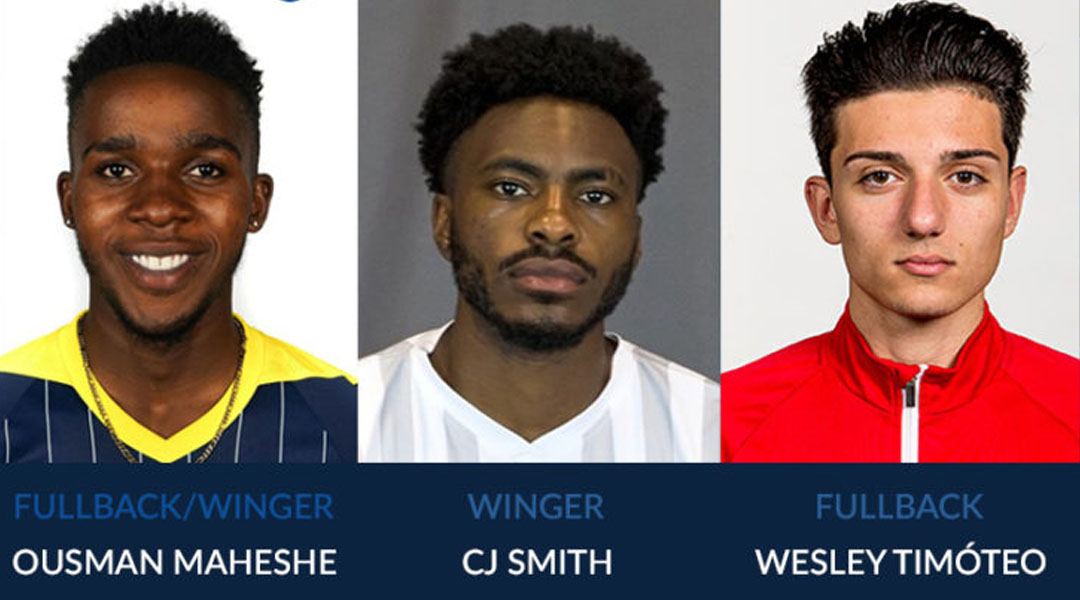 The Eddies have added two full-backs in Ousman Maheshe and Wesley Timoteo, whilst its ever-growing list of wingers now includes 24-year-old CJ Smith. Their east coast parent club announced its signing of the trio before confirming all of them would spend the next season out on loan at Clarke Stadium.

“We’re investing in three young Canadians we feel have a real opportunity to get valuable first-team experience immediately in Edmonton,” said Wanderers Sporting Director Matt Fegan. “We’re looking forward to seeing how they do this season with an eye on our future Wanderers squad in 2023.”

FC Edmonton has acquired a loan exemption from the league whilst it completes a minimal budget squad rebuild that will be mostly built from loans, with the trio of Wanderers representing the club’s sixth, seventh, and eights loan additions thus far.

Full-back Ousman Maheshe most recently played in ACAC action with the NAIT Ooks, where the primarily played as a forward. Scoring ten goals from six matches, he helped lead an Ooks side to a 5-0-1 regular season record and a silver medal conference finish, followed by a bronze medal in the CCAA national championship.

He’ll be converted to pick up some more defensive duties for the Eddies, who retained full-back T-Boye Fayia before adding Terique Mohammed last week. Koch revealed that Ousman Maheshe had trained with FC Edmonton last year, too.

Wesley Timoteo also arrives to Clarke Stadium to help with defensive duties, with the 21-year-old most recently playing in Cyprus with PO Xylotymbou – where he previously played alongside Tyler Attardo.

The former Canada U-17 athlete got his start through the Belenenses and Estoril academies, with his loan opportunity with the Eddies representing a big opportunity for the youngster to continue his professional career much closer to home.

Rounding out the additions is CJ Smith, who brings some NCAA Division 1 experience with him after recording seven goals in 23 appearances split between Georgia Southern and Houston Baptist over the last two years.

The 24-year-old had also played two seasons with the Mississipi Gulf Coast CC, where he earned all-conference honours along with United Soccer Coaches All-Region Accolades. Born in Toronto, this will represent his first professional playing opportunity.

“CJ, Ousman, and Wesley all impressed on trial during pre-season. They are all young and motivated Canadian players that we are excited to get an opportunity to play this season,” stated Eddies head coach Alan Koch. “They’re all athletic and technically sound players, and we look forward to working with and developing them this year.”

FC Edmonton found itself in survival mode after club owner Tom Fath ran out of funding, with the league stepping in to take over operations whilst other CPL club owners assisted with player salaries.

That’s why fans are now seeing so many intra-league moves: if the Eddies roster is primarily being funded by other clubs, why not make it their own players who might impress enough for a roster spot at their parent clubs afterwards?

“I am excited to see CJ make his introduction to the professional game after a solid university career,” concluded Koch on the other two signings, “Wesley returns to Canada and has the potential to be an impact player in this league.”

The Eddies rebuild now has 16 players on the books, with Alan Koch set to lead a much-transformed side into battle starting with a home match against Valour FC on April 10. We have also learned that Todd May will be assisting him, with further intra-league moves set to be announced soon.