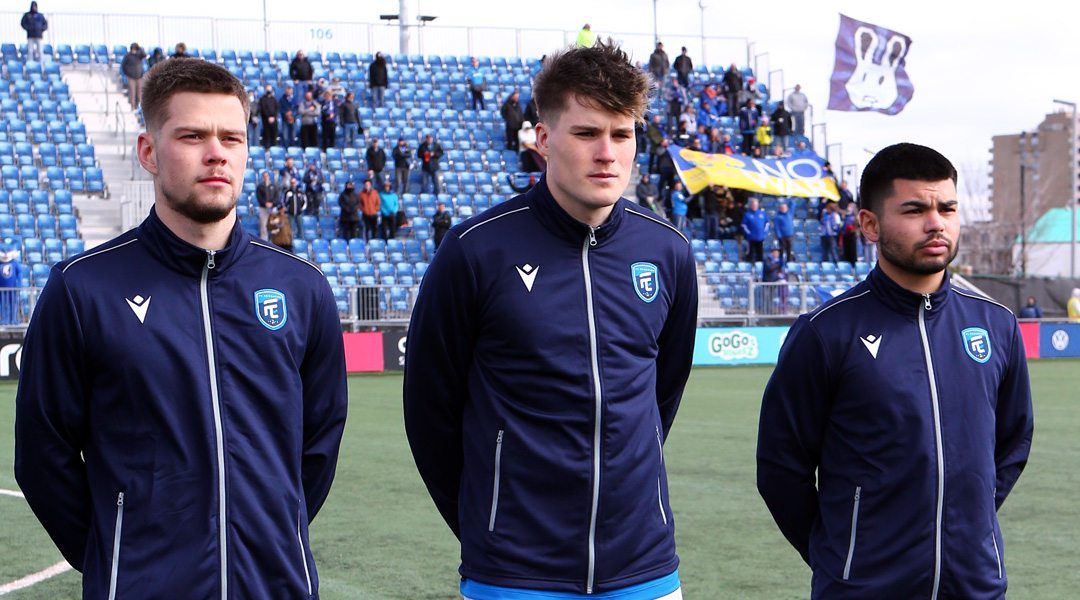 With FC Edmonton taking in no less than eleven players on loan (nine of which are intra-league moves), it wasn’t going to be a long wait before some of its players would be asked to take to the pitch against their parent club.

In most situations where a club loans players to a team that they might play in a league or cup fixture, however, the loaning club often includes a clause that prevents its own athletes from being fielded against them. We’d previously reported on such a clause being included for some of Edmonton’s loaned talent, but that would mean the club’s already-slim twenty-man roster would get pushed below the minimum number of eighteen dressed athletes when it plays against a CPL side which had loaned it three or more athletes.

Tomorrow will see FC Edmonton host York United, who loaned no less than four players to an Eddies side expected to face an uphill battle through the 2022 Canadian Premier League season. Three of those loanees featured prominently against Winnipeg’s Valour FC in Edmonton’s home opener, with Tobias Warschewski rescuing a point for the home side with an early goal-of-the-season contender.

Given that we knew York United had contractually protected itself against having its own loaned talent be fielded against them, we asked the Nine Stripes about the clause preventing Julian Ulbricht, Tobias Warschewski, Azriel Gonzalez, and Felix N’sa from playing against their parent club.

As it turns out, it’ll be waived due to FC Edmonton’s circumstances:

York United FC and our ownership group have agreed to waive any clauses in loan agreements that did not allow players on loan to play against the parent club. This has been done in the best interests of the competition and competitive balance.

“Alan has a tough job given everything that has transpired in Edmonton and if we or any other CPL club with players on loan at Edmonton enforced clauses like this, then his job would become even more challenging,” added Club President Angus McNab, “this allows him to field a consistent roster and not face up to four changes some weeks.”

York United maintains its right to recall any players from loan should it wish to do so, which was explained when FC Edmonton was granted a loan rule exemption this year. If a loaned player gets recalled, however, they will no longer be eligible to return to FC Edmonton during the 2022 season.

It appears that a similar situation will play out whenever FC Edmonton plays against Forge FC and the Halifax Wanderers, who hold contracts on two and three FC Edmonton players respectively. “All of our players can play against their host clubs,” elaborated Eddies head coach Alan Koch, “If they weren’t allowed, we wouldn’t have enough players to play.”

That means that Cale Loughrey will likely make a bit of CPL history as the first athlete to play for two CPL teams in the same season: he made his Forge debut this February in the Champions League, but will return to Tim Hortons field in blue later this month.

The reality of the club’s loan-heavy roster is due to the team being in a ‘survival mode’ of sorts: with club owner Tom Fath having run out of capital for the club last year, the league has taken over operations while it seeks out a new owner. What happens after this season if a buyer hasn’t been found remains to be seen. For now, an underdog Eddies side will try to punch upwards.

There’s sure to be drama to come with FC Edmonton fielding loaned talent against their parent club, but the awkwardness of that situation is a lot better than the league dropping down to seven teams this year.