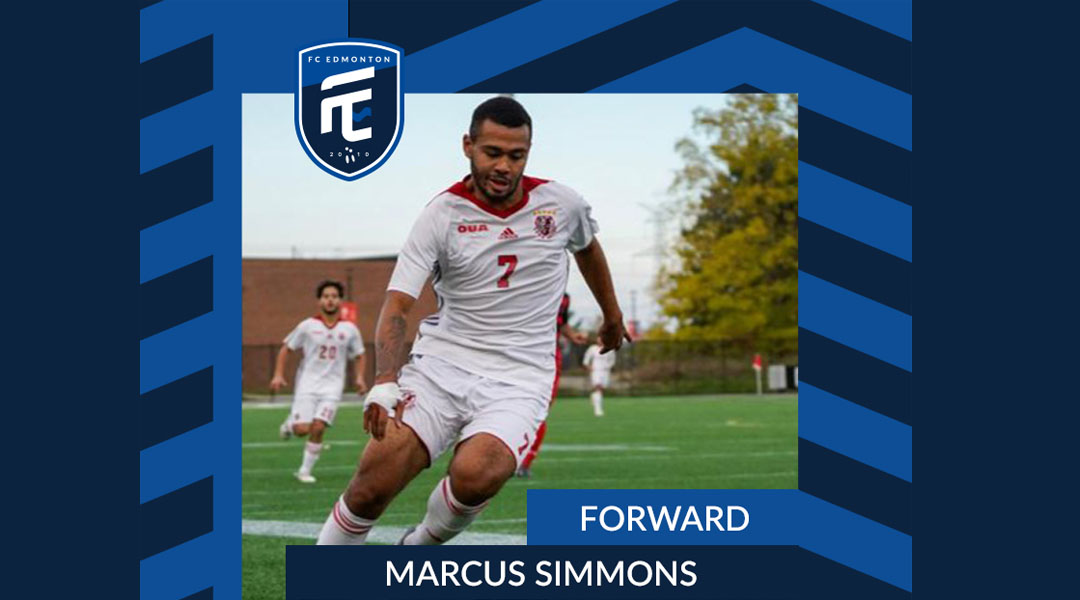 The 21-year-old forward helped York University to an OUA silver medal last year, featuring in all three playoff matches for the Carmine Isacco-led side in a season which saw him add a goal to the good.

He was one of several athletes who trialed with FC Edmonton this offseason, making a last impression.

“Marcus was the biggest surprise in our pre-season trial, period,” said head coach Alan Koch. “He literally got better and better with every week and thoroughly deserves this opportunity to enter professional football.”

Before joining the York Lions, Simmons had spent two seasons with the University of MacEwan Griffins in 2018 and 2019, recording one goal and three assists in 23 matches. He was also a part of the now-defunct FC Edmonton Academy during that time, too.

The 21-year-old was described by the York Lions as a dynamic attacking player with pace, with Koch adding that his work-rate, mentality, and technical level will see him compete for playing time immediately this season.

Simmons had also collected a silver medal with Team Alberta in the 2017 Canada Summer Games.

With the start of the season just two weeks away, the Eddies are announcing a spree of signings ahead of what will be a testing campaign. This week has seen the side add Kairo Coore and Terique Mohammed to the lineup, with goalkeeper Andreas Vaikla arriving on loan from Toronto FC II.

FC Edmonton will begin its fourth CPL season at home against Valour on April 10. Last night saw the side reveal its alternate and third choice kits, too.