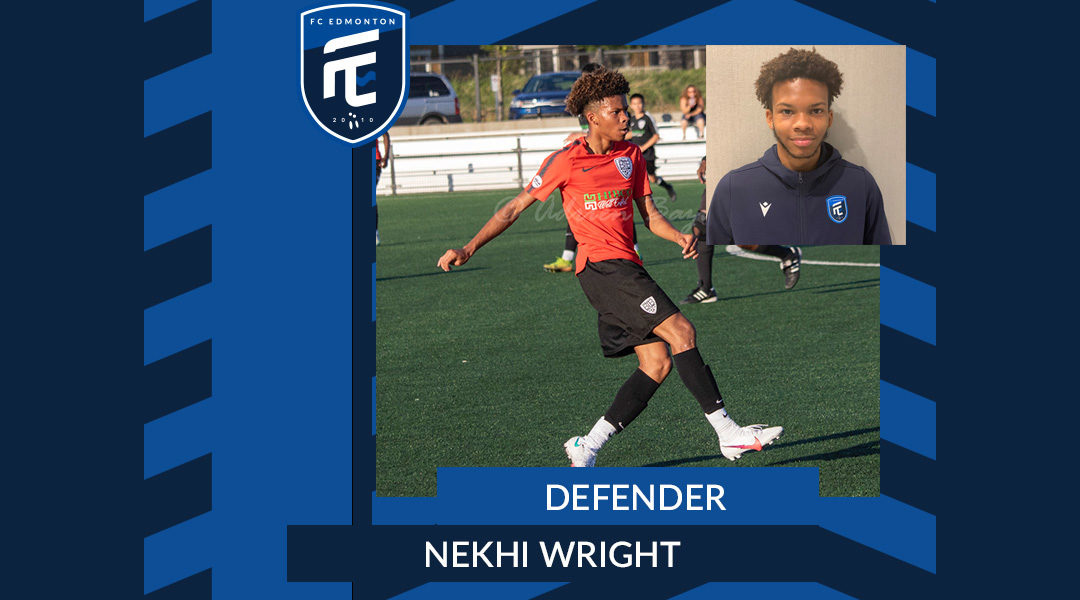 FC Edmonton has brought back young defender Nekhi Wright on a new U-18 development contract.

The 17-year-old full-back arrived yesterday as a depth option for an Eddies side that brought a lot of young faces on its travelling roster. The teenager rode the bench for yesterday’s tilt against out west against Pacific, with the potential substitutes clocking in an average age of just 19.6.

Wright had previously spent time with FC Edmonton through a developmental deal last summer, with the youngster renewing that contract later on after an injury to Sharly Mabussi. He rode the bench for two matches that season, but never ultimately made his professional debut for the side.

The 2004-born youngster becomes the third defensive-minded athlete to arrive to the club from BTB Academy, where young duo Kelsey Egwu and Malik Sylvester also came in from. The academy has also produced former Eddies youngsters Ali Yildiz and Muslim Umar, who spent some time on the bench through similar development deals in 2021.

Last night saw the club hand 18-year-old defender Kelsey Egwu his first professional start, with Darlington Murasiranwa and Ousman Maheshe getting their first minutes of the season. The young-leaning squad put up a good fight against the reigning league champions, but fell to a 2-1 loss in the end. For now, Wright is still awaiting his first professional minutes.

FC Edmonton currently rests bottom of the league with three points after seven games played. Facing plenty of uncertainty without a club owner, the league-operated club has taken in thirteen players on loan with a further three development contract additions. Despite the circumstances, FC Edmonton has still proven to be a competitive side, and had previously held Pacific FC to a scoreless draw at home.

Wright’s developmental contract will allow him to play in up to three matches for FC Edmonton. He is eligible to sign two of these contracts in a calendar year, should the Eddies need him for more than three appearances.

Elsewhere in the league, it looks like Valour FC’s Walter Ponce will finally be arriving to Canada.