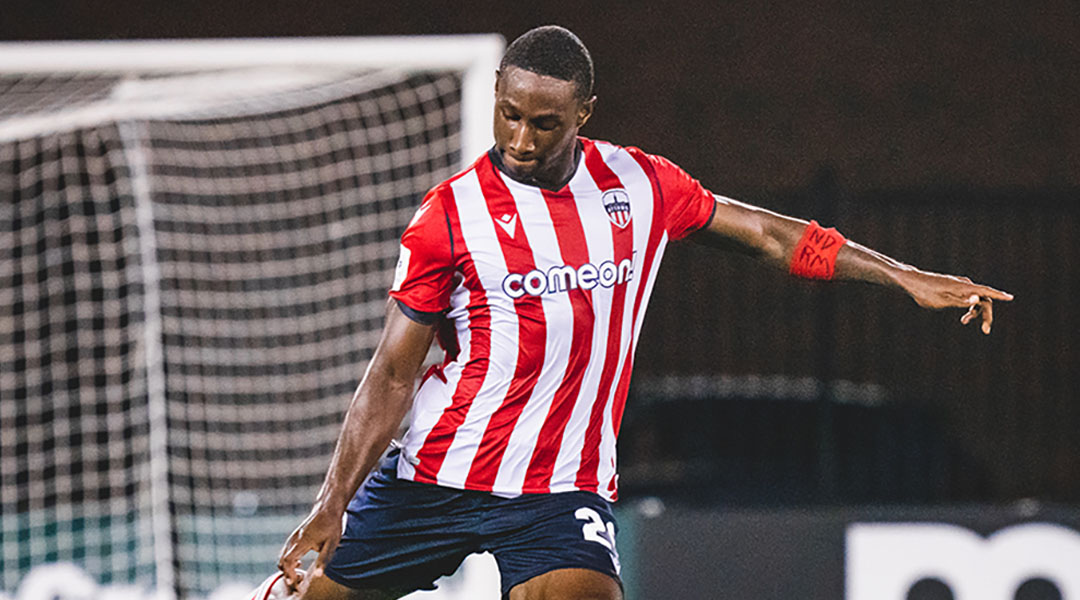 The 24-year-old arrives to Clarke Stadium with some Canadian Premier League familiarity after going on a midseason loan to Atletico Ottawa last year. Higgins made eight appearances for the capital city club between August and October whilst the club negotiated its way through an injury crisis.

Higgins never quite reached the heights many thought he could after training with Sporting Kansas City, Columbus Crew, Nashville, and Toronto FC before the latter selected him 19th overall in the 2020 MLS SuperDraft. He’d go on to turn professional with the club’s USL affiliate before undergoing a loan to Nykopings BIS in the Swedish third tier.

Higgins had made his Atletico Ottawa debut shortly after arriving alongside Matthew Arnone, with Nyal making debut against reigning champions Forge FC soon afterwards. The six-foot-two defender provided a big physical presence, though the side saw its defensive struggles continue during his time at TD Place.

His transition to FC Edmonton will give the former TFC II captain a great opportunity for gametime, where he’ll slot into a defensive line expected to get hit with plenty of pressure. At the moment, the club has only named two other defensive signings in Felix N’sa and T-Boy Fayia.

Nyal has shown that he can excel as a top defender in the NCAA and USL1 League. He has CPL experience already, and we look forward to giving him the opportunity to show his personal growth and compete to be a top defender in the league. Nyal has fantastic athleticism and is a top competitor, and we look forward to bringing him in and getting him comfortable with our system of play.

The former Syracuse University man had also played for League1 Ontario side Vaughan Azzurri and the Michigan Bucks prior to turning professional. Now at the the age of 24, the centre-back will be keen to find his level in the professional game after bouncing around in the USL, CPL, and Sweden over the last two years.

Counting a trio of loans from York United, Higgins becomes the sixth intra-league arrival to join FC Edmonton for its upcoming season. The Alberta-based side had retained just two academy products from its previous campaign, while adding intra-league arrivals in Masta Kacher and Mamadi Camara, too

FC Edmonton will begin the club’s fourth CPL campaign with a home match against Valour FC on Sunday, April 10.

The length or financial compensation of his contract were not disclosed. It is expected to be a one-year deal.