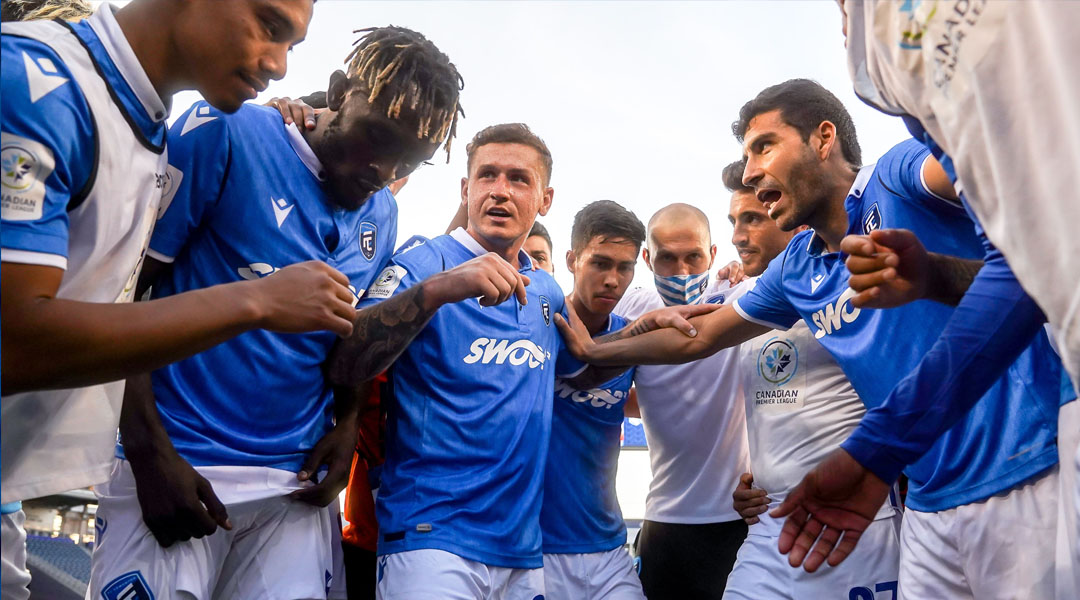 After months of rumours, this weekend saw it come to light that the Canadian Premier League had taken over day-to-day and football operations for FC Edmonton while helping club owner Tom Fath look for a seller for the struggling CPL side.

As it turns out, it hasn’t just been the league office helping FC Edmonton through its tough times.

Northern Tribune has now learned that multiple other club owners stepped in to pay FC Edmonton’s staff and player expenditures starting midway through last season’s summertime bubble. Fath – who had invested millions into the club since he launched it as an NASL franchise in 2010 – told the league that he would be unable to fund the CPL side just prior to the start of the bubble itself.

Pivoting to ensure the season remained intact, club owners from around the league stepped up big: the extent of intra-league aid is said to have reached a figure of over a million dollars, which goes well beyond what most would consider reasonable expectations from outside help.

To put it plainly: in some environments, it would have been more likely for FC Edmonton to simply fold and have its league license transferring elsewhere, just like the Ottawa Fury in the USL. Instead, there was coast-to-coast aid from the domestic league to keep the founding club afloat.

With the CPL set to continue running FC Edmonton until a new buyer is found and vetted, however, it’s unclear if other club owners will continue to chip in for player and staff salaries, or if the onus of personnel payment will fully transfer to the league’s head office itself. Fath is set to remain on the proverbial sidelines for the time being, with the league naming him as a strategic advisor.

While rumours of player non-payment have also cropped up of late, these appear to be false: the transition between player and staff salary payments from The Fath Group to league and club ownership appears to have been fairly seamless, and none of our sources from inside Edmonton or out knew of any specific non-payment issues.

Signs Had Been There

The Fath Group had made significant moves to minimize club expenditures ahead of the 2021 CPL season, the most significant of which was the decision to shut down the club’s academy. With Clarke Stadium being a struggle in terms of atmosphere and draw, however, the return to home markets at the end of the bubble didn’t spark a significant amount of seat sales in a gate-driven league.

The Eddies have struggled to draw consistent crowds since re-launching in 2019, though there are a lot of moving pieces as to why: results on the pitch didn’t help and neither has the pandemic, though the CPL side has clearly failed to attract Edmonton’s sizeable demographic of soccer fans.

“The reality is if you want to be a club to represent and give back to the community, you must be in the community,” said former Eddies head coach Jeff Paulus on Twitter. Whoever the new owners end up being, they’ll need to take big action to win the city’s heart, especially with Edmonton having multiple existing pro sports teams.

Digging Out Of The Hole

The league is now set to run the show in Edmonton until a new owner is found, which suggests that CPL brass are committed to Edmonton as a club license holder and won’t be transferring its league license elsewhere.

Back in November, Club President Eric Newendorp had admitted that it would take the club time to ‘dig itself out of the hole’ it was currently in, with the pandemic having significantly harmed the fiscal state of the club – though he didn’t reveal the extent of this damage at the time.

With FC Edmonton now getting a second chance through league intervention, the 2022 CPL season will be a crucial one for the club. It’ll be interesting to see how the league invests in the side, as its performances both in the ticket booth and on the pitch could go a long way in attracting new investors.

To that end, the club’s roster rebuild will be an interesting one: with the tab for player salary cost having been shared amongst other league owners last season, will a league-run FC Edmonton aim for the minimum salary cap this year, or will it spend beyond this minimum in an effort to put out a more attractive product on the pitch?

At the moment, there’s a lot of unknowns with player retention and additions. Eddies head coach Alan Koch remains with the side, though assistant coach Jay Bhindi announced his departure last week. With club star Easton Ongaro hoping to head to Europe and players like Connor James and Allan Zebie retiring early, there’s expected to be a lot of change in the locker room.

Newendorp has always been firm believer that the club needs to secure its own venue, with the city-owned Clarke Stadium proving to be a bust when it comes to branding, matchday atmosphere, and fan experience. For new owners coming in, finding FC Edmonton a new home is expected to be a big ticket item on a list of many fixes.

“They want to sugarcoat or hide the stadium issues, but for the casual twenty-something crowd there are no pubs or restaurants within walking distance and for families, not the best area to walk around in, so a decision on transportation to get there.” explained former Eddies head coach Jeff Paulus on Twitter.

All-told, FC Edmonton is getting a chance few clubs in its position would get. With the Alberta-based side now just months away from its fourth-ever CPL season, the improvements made under league guidance will make or break its potential sale to new ownership. You can bet fiscal status of potential buyers will be carefully vetted, too.