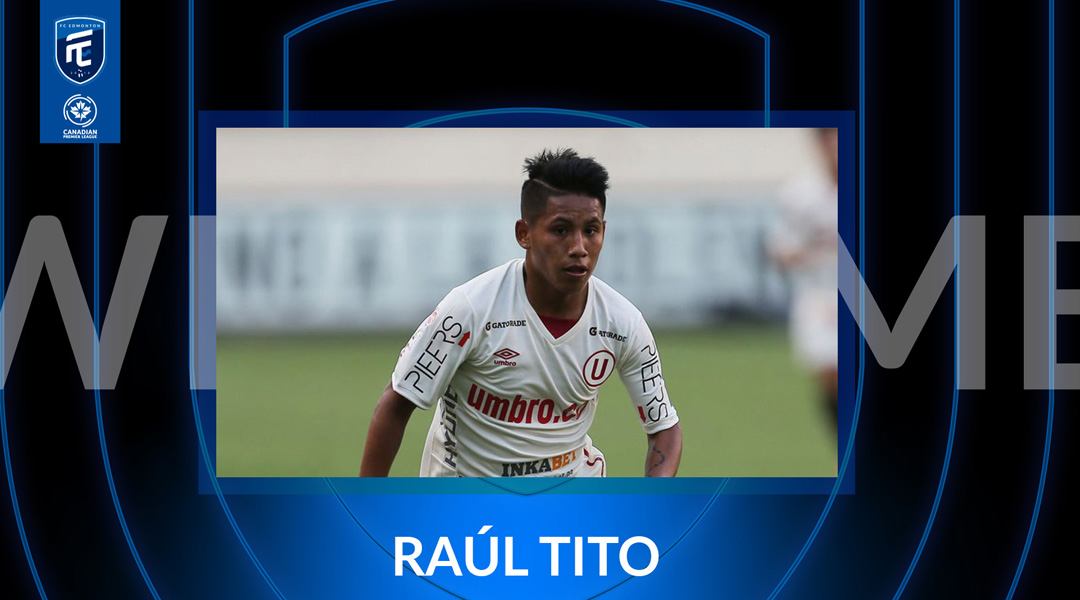 FC Edmonton has signed Peruvian forward Raul Tito for the 2020 Canadian Premier League season, with the 22-year-old becoming the 20th signing from Jeff Paulus ahead of the second-ever CPL season. The transfer is pending approval of his visa, and appears to be the result of the centralized league scouting system provided by 21st Club.

Tito most recently made ten appearances for Peruvian side Cienciano, which secured promotion to his country’s top flight in the 2019 season. Prior to that, he made some thirty appearances for second division side Sport Rosario, two of them in the Copa Sudamericana.


In all, Tito has made 46 top flight appearances in Peru and 122 professional appearances throughout his career so far, with the jump to FC Edmonton marking his first time playing outside of his home country. The 22-year-old had also represented his country at the U-20 level, but has yet to earn a national team call up.

Here’s what head coach and interim general manager Jeff Paulus had to say about his latest signing:

Raul is a significant attacking addition to our club. He is a quick player who loves to get at defenders and attack inside the 18. Raul will bring creativity to our attack and add an attacking dimension that we were lacking.

With the Eddies having gone through a significant goal drought during the inaugural Canadian Premier League season, Tito is expected to bring an element of creativity that will help the likes of Easton Ongaro and Tomi Ameobi find the back of the net.


If one had to guess, it would appear the spot is being saved for Canadian international Amer Didic, who proved himself to be one of the league’s best defenders last season. With Didic having trialed with the Vancouver Whitecaps, it’s unclear if the 25-year-old will find his way back to FC Edmonton for the 2020 Canadian Premier League season.

It would appear that Raul Tito has signed a single year contract with FC Edmonton. Financial details of the signing were not disclosed by the Eddies.