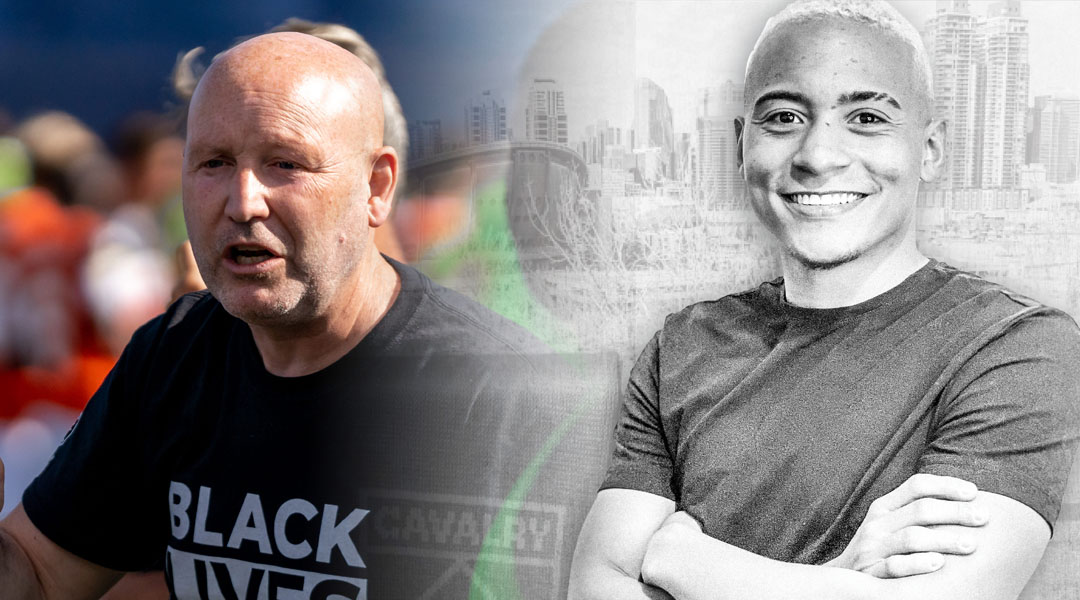 Former FC Edmonton head coach Jeff Paulus has revealed that he came close to signing Cavalry FC winger Richard Luca last year, but lost out on the Brazilian winger to his club’s Al Classico rivals at the last moment.

The comment came from a series of tweets where Paulus revealed his thoughts on several Canadian Premier League subjects. While Paulus is still attached to the club in what he described as an interim role, it remains unclear if he remains part of the club’s rebuild after the arrival of new head coach Alan Koch.

Cavalry FC originally signed Richard Luca back in February 2020, about two weeks after the transfer was leaked by independent journalist Thomas Nef. Despite the COVID-19 pandemic preventing the 23-year-old winger from entering Canada and playing with the team last year, Cavalry FC head coach Tommy Wheeldon Jr. still opted to re-sign the Brazilian to a multi-year deal a month ago.

As it turns out, Luca came mightily close to being an Eddie when the CPL first came knocking:

Richard Luca has the ability to be scary good. I spent many hours scouting him, actually thought I had a deal done for him, only to find out I had lost him to the pony’s down south!

The former Eddies boss was complimentary of his former Al Classico rivals, stating that Tommy Wheeldon Jr.’s roster moves have built them into a leading side amid the transfer window so far: he says the return of Escalante will be big, along with the return of Camargo and Oliver (the latter of whom isn’t officially re-signed) after long-term injuries. With a big returning core contingent and new signings like Field, Roskopf, Di Chiara, and Selemani inbound, he believes that that club currently has a deep roster.

FC Edmonton’s own roster rebuild currently sees the club utilizing just one of its international roster spots with Jeannot Esua. While Peruvian attacker Raul Tito told us that he would be arriving in Canada for the new year, Alan Koch later stated that the potential re-signing of the winger was yet to be a sure thing.

Paulus also revealed that he’d wanted to bring in Shome on loan while he was still contracted to the Impact, though the move never came together. This aligns with a comment from Duane Rollins, who indicated that an MLS-to-CPL loan move was in the works before Shome impressed at the Impact camp and was kept in the squad for the 2019 season.

While Luca has yet to suit up for Cavalry FC, it’s clear that both Jeff Paulus and Tommy Wheeldon Jr. highly rate the Brazilian winger. He’s described as a tricky dribbler with explosive speed, mostly playing on the left wing but having the ability to play as a more central attacking midfielder as well.

It’s unclear if Luca’s multi-year deal includes options, but his first proper year with the club is expected to begin in March. In the meantime, the one-time Eddies target is training with Mexican third tier side Saltillo Futbol Club to stay sharp ahead of the 2021 Canadian Premier League season.