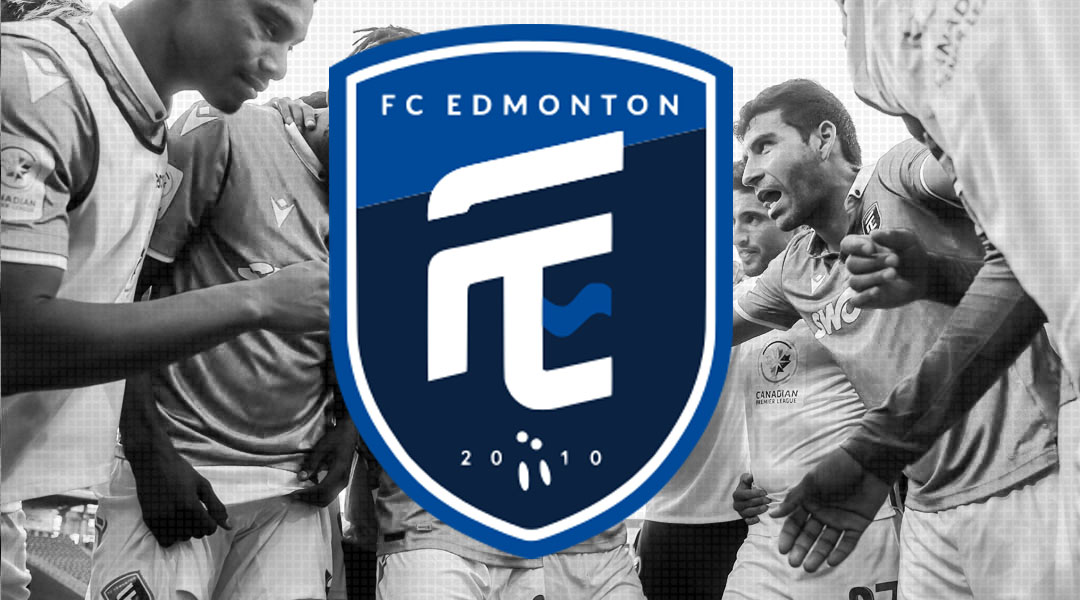 FC Edmonton is up against it this season. It’s going to be one for the books.

The Alberta-based side has remained radio silent following news that the league was taking over club operations whilst seeking a buyer for the team, with FC Edmonton owner Tom Fath having run out of funding for the eleven-year-old side last year.

We broke the news shortly afterwards that staff and player salaries were being funded by club owners throughout the league for the 2021 CPL season, with a coast-to-coast effort keeping the Eddies afloat in the league’s third campaign. The third time wasn’t the charm for the boys in blue, who came to a second-last finish amid a difficult year that saw fan attendance deep well below a thousand by season’s end.

Now set to undergo a full season on a minimal salary budget without room for much of its previous roster, the 2022 CPL season will be a trial by fire for the Eddies faithful.

“We had a plan and we’ve had to change, we had to pivot, we’ve lost some players that we actually wanted to retain through this process,” head coach Alan Koch had said two weeks ago.

As it turns out, losing some player retention is an understatement: while the club had planned to move on from a significant chunk of the squad, the current Eddies roster rebuild will be the largest ever seen in the league. It’s a near-total clear-out.

The FC Edmonton players signed directly to the club this season will be a collection of minimum salary athletes from a few different paths: second-chance professionals, young prospects, a few wildcards, and one or two FC Edmonton Academy products who got their first taste of the pro game last year.

By design, the biggest squad rebuild ever seen in the league will minimize cost to the club owners who are already going above and beyond to keep the boys in blue running.

“Tough times for Edmonton right now,” said one player who was above minimum salary and found himself cut, “It will be a tricky situation. Hopefully they can make the best of it.”

Last season was supposed to see the loan arrival of Tomas Giraldo from CF Montreal, though an injury curtailed the move. The club was able to secure the loans of USL talent in Roberto Avila and Azriel Gonzalez, who provided a much-needed bright spark in the latter half of a tough season.

While cost-saving MLS-to-CPL loans are also being finalized, the new roster assembly will also include the first-ever instances of intra-league loans for both domestic and international players.

It’s a logical move: if a club owner is going to be fronting the salary for an Eddies athlete, why not make it a player of their own who might not otherwise be collecting significant minutes? It’s going to be a proving ground – though, as one can expect, fans can expect clauses that will prevent on-loan athletes from playing against their parent clubs in league or cup action.

The end of the 2021 CPL season saw the immediate retirement of Connor James and longtime Eddie Allan Zebie, who was with the side when it folded in the NASL era. Assistant coach Jay Bhindi moved to Valour, the goalkeeper coach post is now vacant, and top CPL goalscorer Easton Ongaro departed for Europe, though obviously the player bleed extends down to the roots. There won’t be any Eddies veterans staying with the side.

“We don’t take anything for granted,” Koch had told Kristian Jack on draft night, “I don’t sugar coat things: this has been a challenge for everybody. For our supporters, and for everybody with our club as we go through this transition.”

The silver lining of finishing second-last in the 2021 CPL season is that the club was highly ranked in the 2022 CPL-U SPORTS Draft, with Alan Koch and Brendan Shaw selecting Cape Breton Capers phenom Kairo Coore and national championship winner Quentin Paumier.

The 2022 CPL season will test the mettle of all involved in the project, but coming through this flame might just help define the careers of the talents involved. Some will come out of the other side as proven professionals, while other second-chance pros might just see their careers close out at home.

Though Clanachan stated that the league will provide support until new ownership is secured, we’re told the possibility of Edmonton’s club rights being sold elsewhere remains. This would keep the league’s club count whole, with the Canadian Premier League then selling the Edmonton location as a fresh venture at a new, higher franchise rate.

With FC Edmonton being such as it is, it begets the reality that it might be more cost-effective to start from scratch rather than bring the league’s most historic club back to the realm of sustainability. The CPL side had shuttered its academy entirely following the Island Games, and Clarke Stadium has long struggled to draw in crowds. The Eddies – as much of a footballing history as they have – simply aren’t very well-integrated with the locals.

How much of the community will rally around the club in its time of need remains to be seen. While some have worried about the radio silence, FC Edmonton has been working hard behind the scenes to build the best roster than it can within the salary confines that it has.

Make no mistake: The 2022 FC Edmonton season will be one of the most unique and challenging experiences ever faced by a Canadian club. When the new FC Edmonton kit drops this year, soccer historians might want to pick it up – there is the very real chance that it could be a collector’s item.