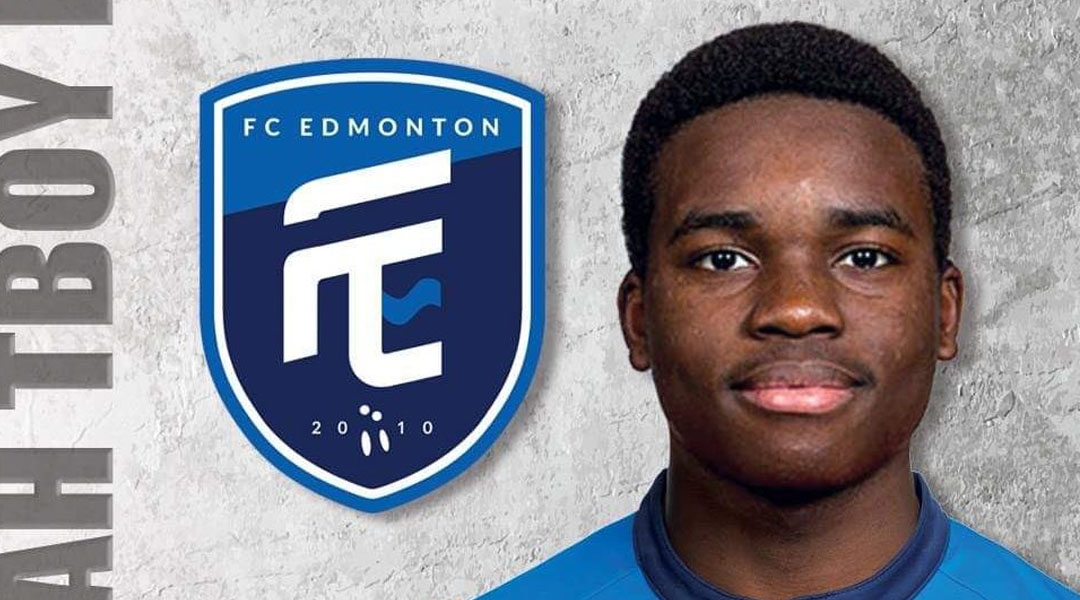 FC Edmonton has enlisted another academy product to its first team with today’s announcement of Saah T-Boy Fayia.

The 20-year-old defender has been training with the senior side since February, about two months before the club’s official preseason began. The Edmonton native has evidently impressed head coach Alan Koch, who has entrusted him to join the side for the the upcoming season.

Fayia – who is the cousin of former Eddies forward Hanson Boakai – has been a longtime face at local youth competitions, having started playing for the Edmonton Strikers at the age of five, and Sherwood Park before his stint with the Whitecaps.

With the club having confirmed that 19-year-old midfielder Chance Carter had left the professional game to focus on his education yesterday, Fayia now brings the club’s roster size back up to 22. Another FCE Academy addition, Joseph Holliday, was announced earlier this week.

FC Edmonton’s first season under head coach Alan Koch will kick off this Saturday, June 26, with a season opener against Atletico Ottawa.

The length and financial details of Fayia’s contract were not disclosed by the club.