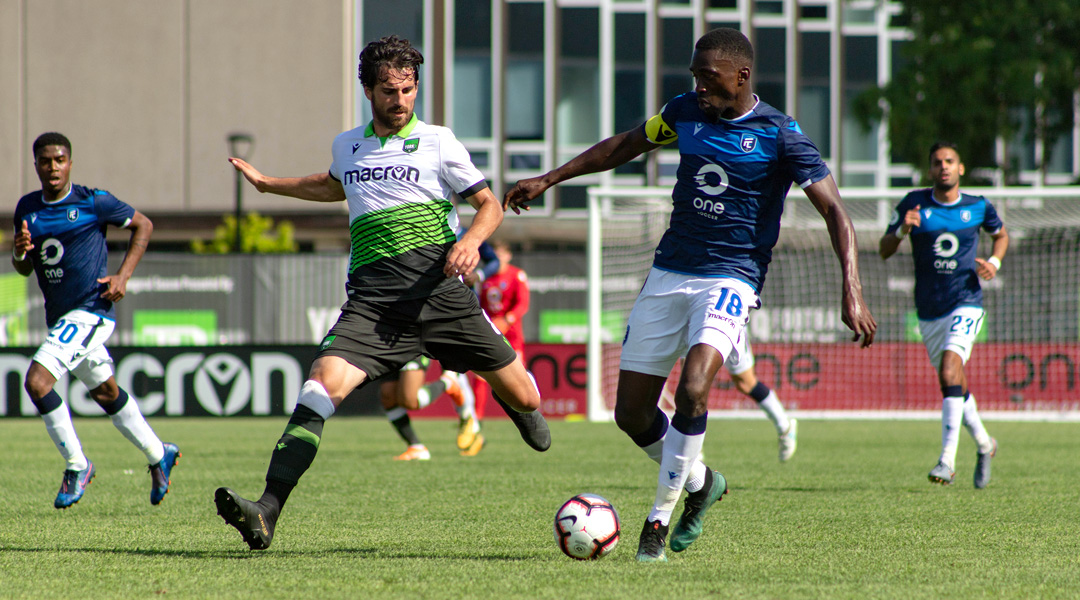 FC Edmonton is shaping up to make its first move in the fall transfer window, with head coach Jeff Paulus indicating that he intends to fill the Canadian Premier League club’s final roster spot in the near future.

Back in April, Paulus had previously stated that one of his players was intending to leave for school in August, so the 49-year-old gaffer planned on making a summertime signing to fill that gap. Beyond indicating that the player was European, Paulus wouldn’t reveal much more on the targeted inbound player.

Speaking to Last Word On Soccer’s Joe McMaster after the weather-delayed match between FC Edmonton and Valour FC, Paulus revealed that the player who was previously expected to leave the club to focus on his education is no longer doing so, perhaps due to the club’s new partnership with a local university.

That doesn’t mean a European player signing is off the cards, however, as Paulus promised that a new player signing would still come as soon as next Monday:

I can assure you we will be adding a player. Hopefully, I can have someone kind of sorted out by Monday. We hope to make a big addition.

The last time Paulus teased a big addition, he really meant it: the club went on to sign 6’4 defender Amer Didic, who mutually terminated his contract with USL side San Antonio FC so that he could return to his hometown club.

FC Edmonton currently has 22 players on the roster, though it did add a 23rd player via academy goalkeeper Chris Ezoua. The 19-year-old goalkeeper appears to have only been on a short-term developmental contract (perhaps similar to Baj Maan), as Paulus is certainly posturing under the implication he has room to make the additional signing. Ezoua does not appear on the club’s online roster.


The only CPL club to have made moves in the fall transfer window so far has been Winnipeg-based club Valour FC, with Rob Gale bringing in 20-club man José Galán. He also signed former Serie A striker Michele Paolucci to replace Stephen Hoyle, who had his contract terminated by mutual consent.

With Paulus remaining tight-lipped regarding any other details for the upcoming signing, it’s not immediately clear where the new signing will slot in – or who had originally planned to leave in August.

FC Edmonton had been on a good hot-streak before falling to York9 FC last week, with 22-year-old Eddies goalkeeper Connor James stating that the league has a lot of parity between clubs. Eddies fans will be hoping that the final roster addition can help change that a little.