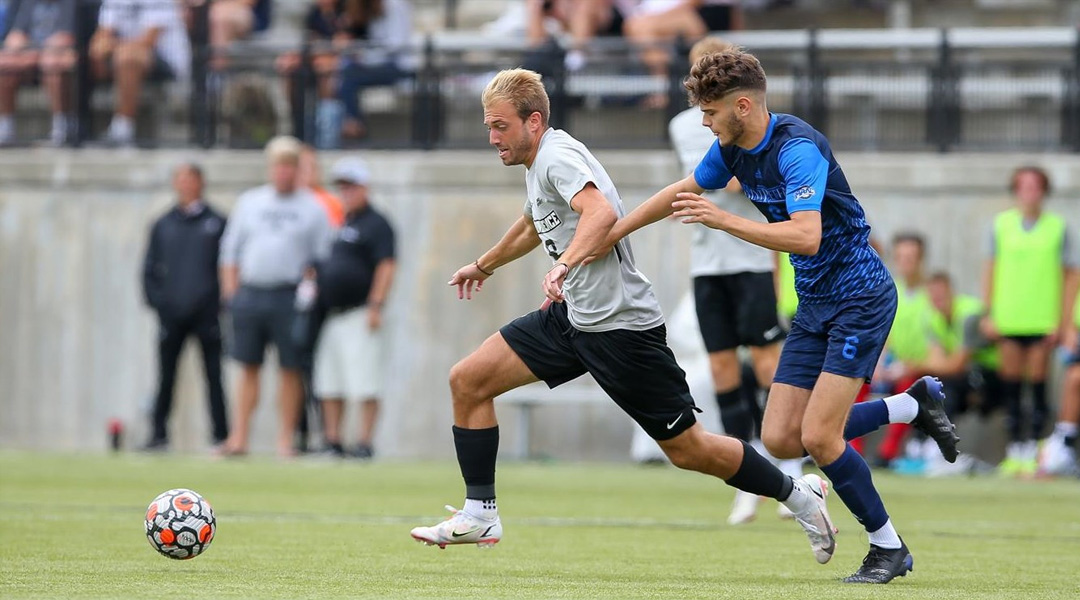 Midfielder Simon Triantafillou has been picked up by Pacific FC, who have immediately loaned the 23-year-old to FC Edmonton.

The Syracuse University product had signed with Forge FC two months ago, riding the bench for two Champions League matches against Cruz Azul.

“Simon is a technically sound and intelligent footballer who we are excited to work with this season,” stated FC Edmonton head coach Alan Koch. “His mentality, attitude, and willingness to grow in our environment has been present since he came into training last week.”

At Syracuse, Triantafillou captained the side and played in every match for his 2020-2021 season, recording two goals and two assists. He’d been a mainstay with Syracuse since his arrival, developing alongside previous SuperDraft picks like Ryan Raposo and his once-again-teammate Nyal Higgins.

The 23-year-old had also previously donned the captain’s armband with Sigma FC several years ago in League1 Ontario action.

While he arrives to FC Edmonton from Pacific FC, he becomes the second Eddies loanee to have dressed for Forge this season after Cole Loughrey, who we named as the club’s best newcomer.

FC Edmonton now has twelve players on loan from other sides, ten of which are from the CPL: four from York United, three from Halifax, two from Forge, and now one Pacific.

We confirmed this week that all of FC Edmonton’s intra-league loanees can play against their parent clubs, which we’ll see when FC Edmonton hosts York United tonight.