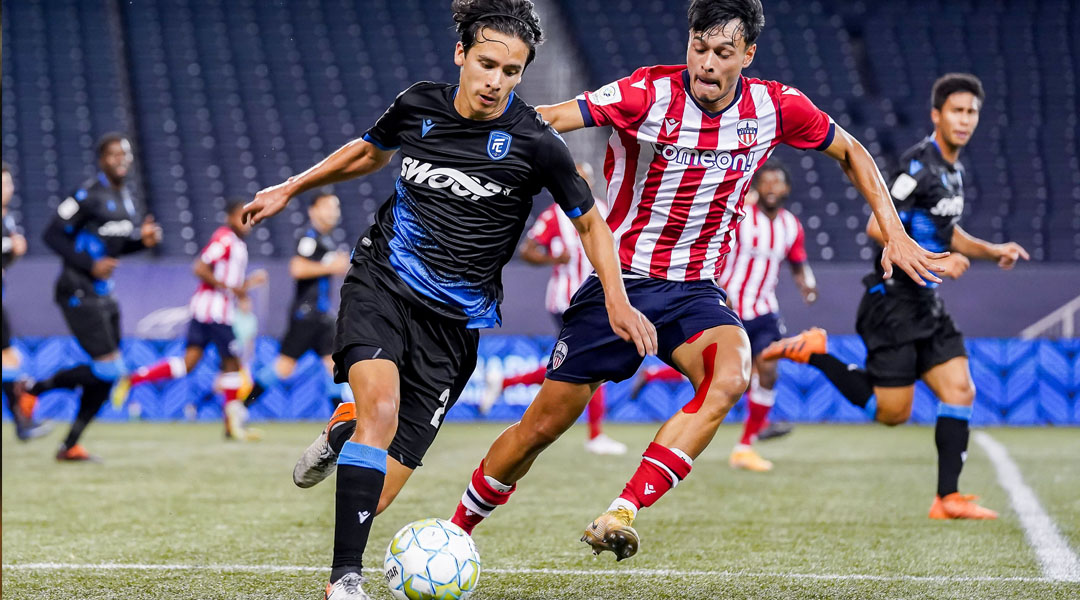 UPDATE: FC Edmonton has now taken down the tweet.

FC Edmonton’s social media administrator has caught some heat after calling out and directly tagging two fans for not being positive on social media.

The Canadian Premier League side currently finds itself at the bottom of the table after six matches played, though it has a game in hand over all but one of the teams above it. Still, it seems, the club is fast becoming a perennial underdog of the domestic league.

Last night saw a late goal from Kyle Porter rescue a point for the side against Atletico Ottawa, with longtime Eddies fan Gord Walker commenting ‘finally’ on the goal announcement tweet. In response, the Eddies account replied with the following:

It’s certainly a head-scratching moment for the Alberta-based side, especially given who it was directly calling out: Gord Walker is a longtime fan who provided away support to every venue the club travelled to in 2019, while Jack O’Brien’s support for the club extends beyond its Canadian Premier League era, too.

It’s highly unusual to see a club’s social media account directly tag fans and call them out for not being positive enough, especially given the two’s history with the side. With the club having only one win across two seasons thus far, fan frustration is fairly understandable.

With O’Brien having laughed at the club for a social media blast formally announcing Matthew Durrans just prior to the match, it’s a fair guess that the fan may have struck a nerve with someone running the Eddies account – though one would assume cooler heads will prevail today.

It’s been a rough week for the club’s fan communications, with an earlier e-mail blast reportedly leaking the existence of an as-yet-unconfirmed Canadian Championship match against Cavalry FC, too. While the club introduced some fresh graphics to its social media presence last night, it wasn’t without error, either.

Walker replied that his ‘finally’ tweet was actually positive, stating that former Eddies goalkeeper Dylon Powley had been putting in a good performance against his former club before Porter was able to level the scores a few minutes before the final whistle.

There has been no comment from the club about the tweet thus far, with FC Edmonton’s reply still left up at the time of this article – though several fans from across the league have chimed in on the club’s decision to tag two fans and chide them for a lack of positivity.

FC Edmonton will play two more games within the bubble before a long-awaited return to its home market, where Club President Eric Newendorp has big plans for Clarke Stadium– where it wouldn’t be a surprise to see either fan show up to support the Eddies.