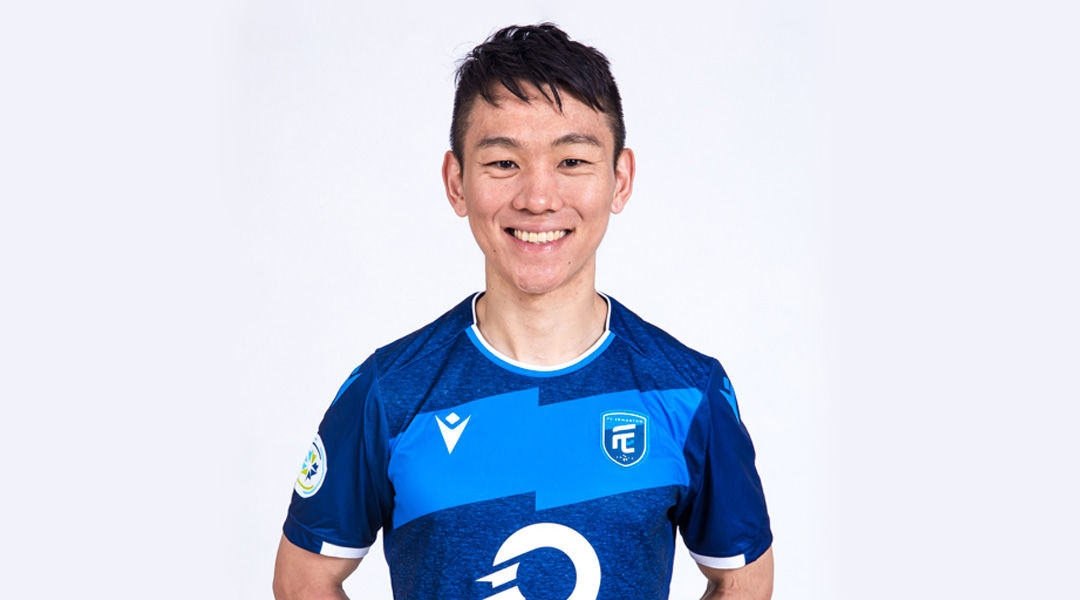 FC Edmonton may have fallen 1-3 to York9 FC this Saturday at Clarke Field, but one significant bright spot for the Eddies still occurred in the sixtieth minute: Son Yongchan made his return to the pitch after spending some 87 days on the sidelines through injury.

Known fondly as ‘The Smiling Assassin’ by fans, his return triggered plenty of applause from the stands.

Son, who last touched foot on the FC Edmonton home pitch during a 1-0 victory over Forge FC on June 27, adds a nice dynamic to the Eddies’ attack: his trademark long throws allow the Eddies to turn throw-ins into corner-like opportunities, with his vision and pace allowing him to quickly make an impact during attacks, too.


During his lengthy spell on the sideline, Son made himself a familiar face with the River Valley Vanguard, the supporters’ group with whom he could be spotted watching home games with. He balanced his physical rehabilitation with some community outreach, too, having volunteered for the FC Edmonton Food Bank.

Son’s half-hour on the pitch wasn’t enough to make a drastic impact against York9, but it was good to see a fan-favourite make his return from injury. There are still questions on whether a similar scene could take place on the west coast, where Pacific FC marquee signing Marcel de Jong may be able to collect a few minutes of action as the inaugural season winds down.


With six-foot-six Easton Ongaro now getting regular minutes, it’ll be interesting to see if Son can provide good link-up play with the tall striker. Ongaro has proven to be a solid number nine for the Eddies, having scored some seven goals in CPL action so far. Since Ongaro’s rise in minutes came in the fall season, however, he hasn’t spent a lot of time on the pitch with Son.

Son earned the Smiling Assassin moniker in 2017, when he was playing for Singaporean side Tampines Rovers. Matchday photographs showed him striking the ball with a smile on his face, with the nickname naturally developing afterwards. It fits, says Son, because he likes to remind himself not to be like players who believe they must be serious all of the time.


Always smiling, he was giving a hearty thumbs up during his profile photo at the Got Game Open Trials that took place ahead of the CPL season. Many had told him attending the trial would be a waste of time and money, but the 28-year-old South Korean had the attention of multiple CPL coaches within minutes of taking to the pitch in Toronto – it just happened to be Jeff Paulus who convinced him that Edmonton was the right city to call home.

His ability on the ball and his vision on the pitch stood out immediately. His pace and the way he closes the ball down is unbelievable, but his passion for the game is a joy to watch, too.

Despite the killer nickname, Son has yet to bag his first Canadian Premier League goal. He was a regular fixture for the Eddies in the spring season, appearing eight times and getting one assist prior to sustaining his injury against Forge FC.

He helped set the tone for the Al Classico derby with the club’s Alberta-based neighbours early on, getting a red card during the club’s first CPL preseason friendly. After that, he’s only collected a single yellow card in terms of disciplinary action, which makes him quite the well-behaved assassin during league play.

With the Smiling Assassin now fit to play, it’s likely that he’ll collect more minutes on the pitch when FC Edmonton travels to the east coast to play against the Halifax Wanderers this Saturday. The Wanderers were mathematically eliminated from fall season contention this past weekend, and with Son’s team only three points ahead of them, fans will be hoping – or perhaps needing, even – for the Eddies to collect three more on Saturday.