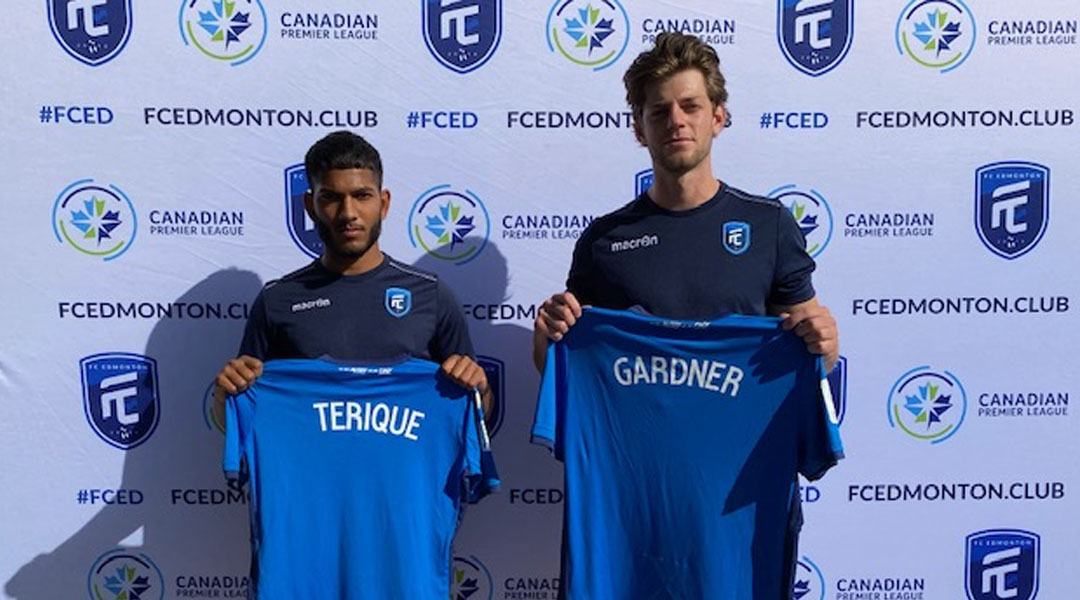 FC Edmonton has completed its roster for the 2020 Canadian Premier League season with the addition of Canadian defenders Terique Mohammed and Sam Gardner, with the former arriving on a loan deal.

Mohammed had played under FC Edmonton assistant coach Sean Fleming when he was with the Canada U-15 squad alongside the likes of Alphonso Davies and Jonathan David, with Mohammed going on to represent Canada at the U-17 and U-20 levels, too. He made the provisional 40-man roster for the 2019 Concacaf U-23 Olympic Qualifiers before the tournament was suspended due to the COVID-19 pandemic.

I am very happy to be able to bring in a player of Terique’s quality on loan. He has the power and pace that is already there for the next level and provides a very big attacking threat from our left side.

Toronto native Sam Gardner joins the Alberta-based side as a centre-back, having previously played in League1 Ontario while also getting NCAA Division I level experience by way of both Jacksonville University in Florida and Grand Canyon University in Arizona.

Sam is a player that comes in with a very high ceiling. He was an accomplished defender at the NCAA D-I level, and even with his impressive size he has good agility and technical ability. We like that Sam looks to play forward and his range of passing is very good.

Gardner is expected to be a depth option behind the likes of Canadian international Amer Didic and his fellow CPL inaugural squad members Mele Temguia and Kareem Moses. As part of the signings, Paulus explained that simply having that depth may make the difference in The Island Games, where matches will be closer together and squads will be entering the tournament without full match readiness.

During a short season, where the health and freshness of the athlete may overshadow the technical and tactical components of the game, we wanted to ensure a balanced roster with multiple options at every position. With the addition of these two players, we now believe we have the flexibility to rotate players throughout the season

If the MLS Is Back tournament is any example, the quality of play grew drastically as the tournament wore in, as did the fitness levels for the remaining teams. It’ll be interesting to see how the Canadian Premier League sides fare in a campaign where clubs only get seven games to prove themselves in the regular season.


The acquisitions of the two defenders brings the Eddies roster up to 24 players, with Paulus explaining that Peruvian signing Raul Tito will be unable to join the side for the 2020 Canadian Premier League season – though the club remains committed to his arrival for next year’s campaign.

FC Edmonton head coach Jeff Paulus has brought in eight new players who will feature in the club’s second Canadian Premier League season, with the most high-profile domestic signings being Hanson Boakai and Kevin Aleman. With Paulus continuing to rely on the Eddies Academy for his youth signings while also bringing in a relative wildcard in Swedish midfielder Erik Zetterberg, it’ll be interesting to see how the Alberta-based side performs this season.

The 23-man FC Edmonton squad will be travelling to The Island Games this weekend, though the club’s first matchday has yet to be revealed. Both of Monday’s new signings are contracted to the squad solely for the 2020 season.