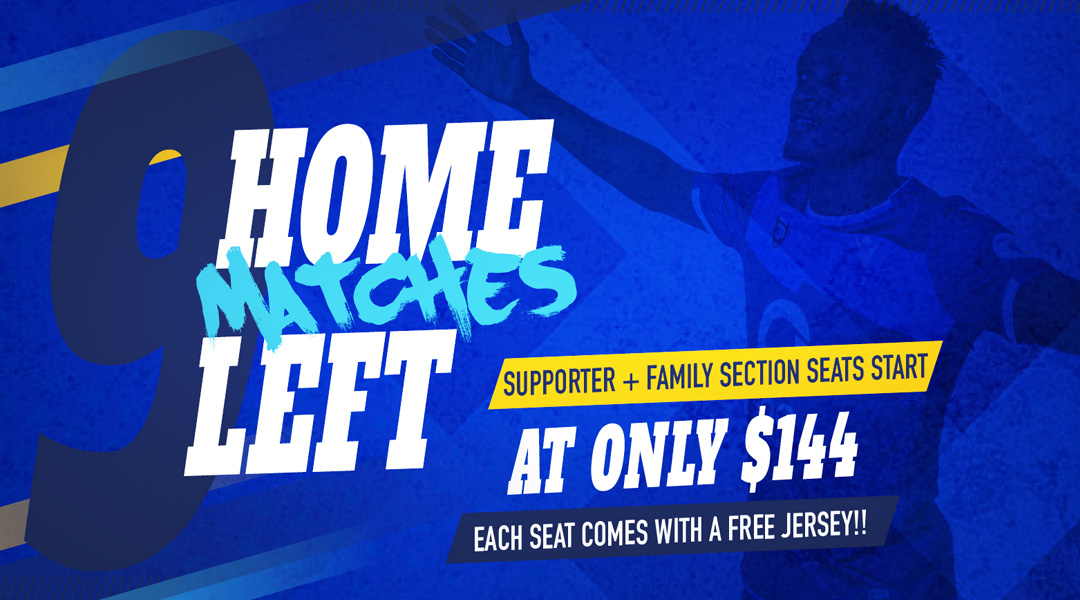 With the fall season now underway, Canadian Premier League clubs are starting to offer significantly reduced season ticket prices in order to entice fans to buy seats for the summer and fall months. Out of all these clubs, it’s hard to find a better deal than what FC Edmonton is offering.

The club has announced a season ticket package that starts at $144, and it includes an FC Edmonton kit along with tickets to all nine of the club’s remaining home matches. With the value of the kit clocking in at around $120 by itself, that means fans who purchase the season ticket package are essentially paying about $2 per game on top of that.

With general admission tickets typically costing around $21 for a single match (plus taxes and those obligatory, horrendous Ticketmaster fees), it’s clear that the Eddies are trying to fill in the seats at Clarke Stadium by offering season tickets at a wildly low price. The club has averaged about 3,318 fans at home, making it a little over half-full most of the time.

FC Edmonton has recently gone on a four-game winning streak after a secret analyst helped the club rediscover its goalscoring roots. Oumar Diouck and Tomi Ameobi’s partnership up front has blossomed into a force to be reckoned with, so it’ll be interesting to see if the spell of positive form puts the Eddies in contention to challenge for the fall season title (buy or sell, Kurt?). In any event, the combination of good goalscoring form and a great season ticket package ought to help put a few butts in seats.

With FC Edmonton announcing a partnership with Concordia University this week, it’s clear the club is putting in a massive effort to integrate itself with the community as much as it can.

While only time will tell if impressive ticket deal convinces some on-the-fence fans to sign up for the rest of the 2019 season, it looks like FC Edmonton takes the cake in terms of value. While some clubs like York9 FC chose not to include the club’s kit in the season ticket package at all (though it did come with a scarf), FC Edmonton’s season ticket is basically matched by the value of the kit’s inclusion alone – and that’s a win-win for fans.

Interesting fans can take a look at the ticket offer here.