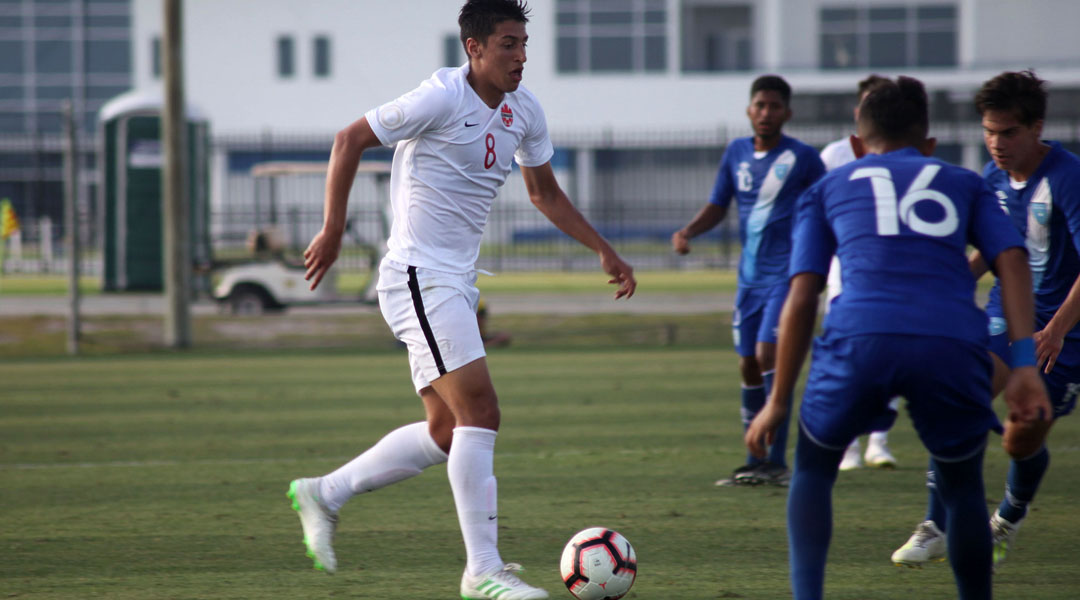 Update: Two days after this post, the transfer was made official.

When CF Montreal Sporting Director Olivier Renard revealed on Monday that Tomas Giraldo was set for a season-long loan in the Canadian Premier League, it wasn’t disclosed where the the 17-year-old youngster was going.

As it turns out, the Canadian Premier League website has leaked his destination as FC Edmonton, with a Google cache of the now-removed news post featuring the confirmation.

The Major League soccer side signed the teenager to his first professional contract last summer alongside Atletico Ottawa loanee Keesean Ferdinand. Giraldo had spent six years with the Impact Academy prior to that, after having played for Montreal-based sides Braves d’Ahuntsic and FSS Salaberry when he first arrived to the country at the age of eight.

Here’s what Alan Koch was quoted as saying by the now-deleted post on the Canadian Premier League website:

We are excited to add Tomas to our squad for the season. He is a young player with excellent experience with Montreal and their MLS environment, and with the Canadian youth national team program. He is a technically sound midfielder who we anticipate will come in and compete for playing time immediately.

Giraldo will count towards the club’s required allotment of minutes given to domestic U-21 players, with a new change in league rules seeing that number rise from 1,000 to 1,500 this year.

The Canadian-Colombian midfielder would be the fifth player to count towards these domestic minutes, behind Chance Carter, Antony Caceres, Marcus Velado-Tsegaye, and newly-signed goalkeeper Darlington Murasiranwa.

Another new rule introduced this season appears to require CPL clubs to sign at least four international players vetted by the CPL’s scouting partner, with sources indicating that this roster rule is getting some serious pushback from clubs who would prefer to give some of those spots to domestic talent instead.

While Giraldo will arrive to Clarke Stadium without having made his debut at the club level, he has certainly experienced action at the youth national level: he appeared for the Canada U-17 squad in the FIFA U-17 World Cup two years ago, coming on as a substitute for Toronto FC’s Ralph Priso in a 2-1 loss to Angola.

He has also featured for the Canada U-17 squad in the Concacaf U-17 Championship, too.

According to the now-removed league post, the terms of the loan disclose that Giraldo will not be allowed to be recalled from FC Edmonton this season. This sets the loan move apart from Keesean Ferdinand and Karifa Yao, who can both be recalled by CF Montreal at any point.

FC Edmonton has now signed eighteen players for the 2021 Canadian Premier League season, with the club wasting little time to bring in new faces under the leadership of Alan Koch. The 2021 Eddies squad is headlined by the likes of Amer Didic and Shamit Shome, with the club still keen to look at both of its 2021 CPL U-SPORT Draft picks, too.

The loan move of Tomas Giraldo to FC Edmonton has not been officially be announced by either club, with the above information coming from a now-deleted post on the official CPL website.