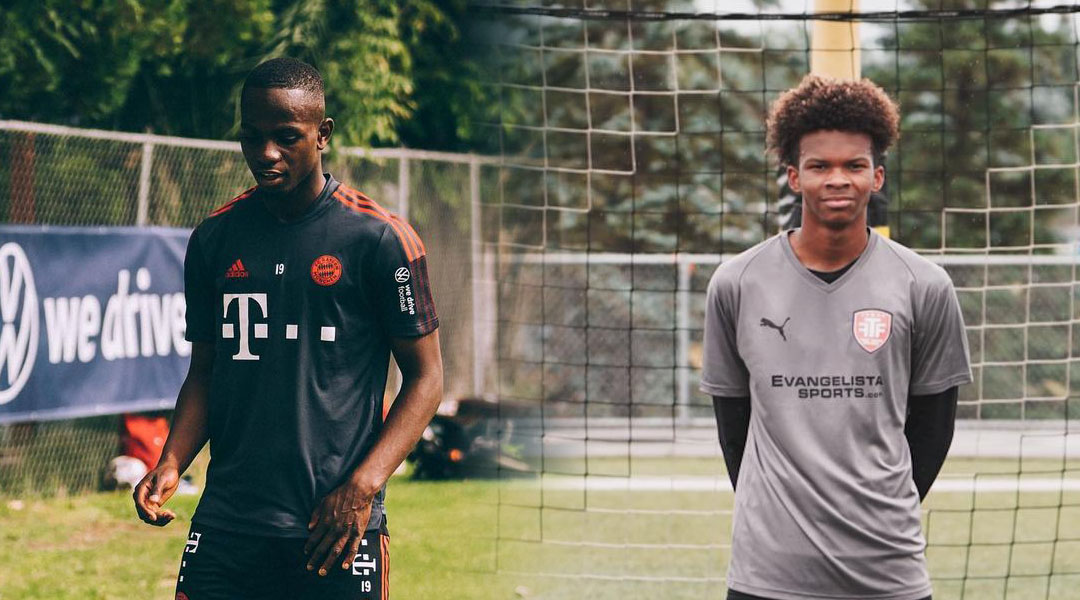 FC Edmonton can count itself amongst the several Canadian Premier League clubs who have leaned on local youth talent for depth options over the summer months.

Head coach Alan Koch’s selections for tonight’s 3-0 away win over Valour FC saw Muslim Umar and Nekhi Wright make the bench, the former of whom was also an unused substitute for the club’s 2-1 home loss to Pacific FC over the weekend.

18-year-old forward Muslim Umar is no stranger to the club, having spent two seasons with the FC Edmonton Academy and featuring for local Edmonton side Internazionale before signing with the Whitecaps youth setup in 2019. He was selected for the Bayern Munich U-19 World Squad earlier this year, which is designed to help young players from around the world showcase their abilities in an elite-level cultural exchange.

Having ranked #1 in the FTF Canada Combine for his age group, the three-time Provincial Champion and BTB Academy product arrives as a youth prospect with a lot of upside, but a lot to prove at the professional level.

Nekhi Wright is as a depth full-back option who has progressed through the ranks in the BTB Academy system, but is more of an unknown at this point. The 2004-born player represents another domestic U-21 option for the side, who had quietly called up another 2004-born youngster Ali Yildiz for a previous match against Pacific FC.

Valour FC had also attempted to make a youth signing to fill its bench ahead of tonight’s match, with head coach Rob Gale stating that the youngster simply wasn’t registered in time to be assigned a bench spot.

With the season now halfway complete, the Eddies are only one third of the way to the league’s mandated 1,500 minutes for domestic U-21 players. The Alberta-based team sat at 504 minutes before tonight’s match, about half of which come from Marcus Velado-Tsegaye, with another 124 from Antony Caceres and 42 from T-Boye Fayia.

The stall in youth minutes hasn’t been helped by plenty of unforeseen circumstances: while it was expected that CF Montreal loanee Tomas Giraldo would get plenty of gametime, an injury has kept the 18-year-old from departing Montreal, while goalkeeper Darlington Murasiranwa picked up a serious-looking injury in his league debut last Saturday. Midfielder Chance Carter had re-signed for the current season, but ultimately opted to retire from professional football in order to pursue his university education.

Tonight’s 3-0 victory marked the club’s first win since July 31, which was also against Valour. Antony Caceres was the only U-21 athlete to feature tonight as an off-the-bench substitute, though the Eddies will need to feature more youth talent if they’re to hit the 1,500 minute marker for domestic U-21 players set by the league.

It is expected that Umar and Wright arrive on developmental contracts, though the club has not made a formal announcement for the duo.