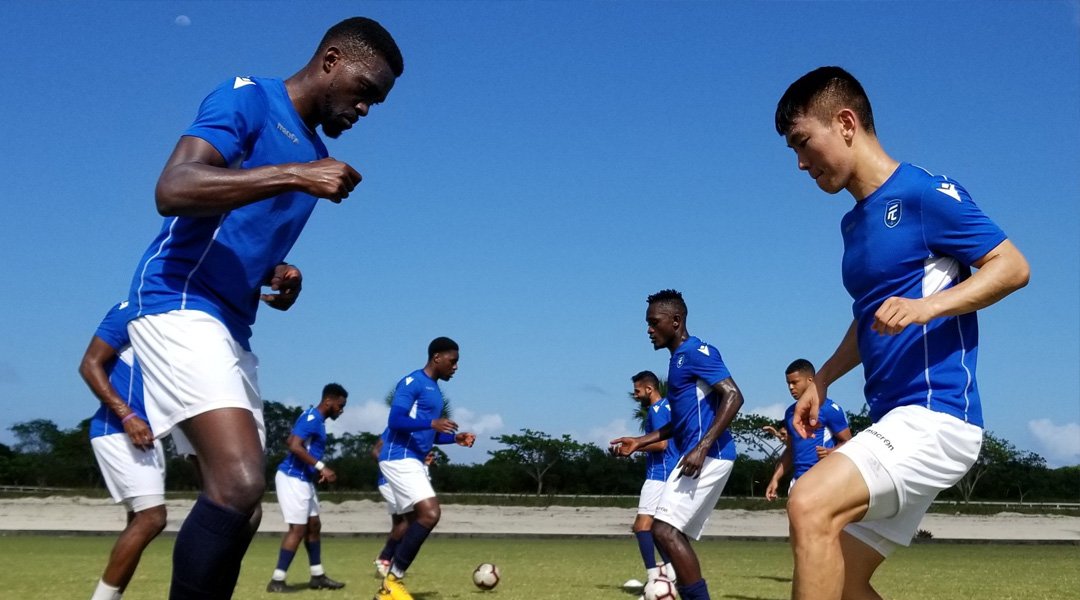 The Dominican Republic chapter of the inaugural Canadian Premier League preseason is wrapping up, and there’s been a lot to take away from it: player signings, friendly matches, and player interviews galore have sprung up from the Punta Cana spring camp. Now, FC Edmonton is delivering one last video that will interest CPL fans: highlights of the club’s 1-0 loss to the Halifax Wanderers.

While OneSoccer has been producing media content galore for all of the seven CPL sides during their stay at Ancora, highlight reels from this week’s friendly matches haven’t been supplied by the media company. Thankfully, FC Edmonton (who, ironically, is sponsored by OneSoccer) has its own media team which has delivered video highlights already.

Halifax Wanderers fans can take a look at how their side, in orange, secured a tight 1-0 victory over FC Edmonton with the short highlight reel below:

Despite falling to a 1-0 defeat, FC Edmonton managed to generate a few great chances. In particular, Marcus Velado-Tsegaye dribbling through the box while the Wanderers keeper scrambled to get back into position seemed sure to produce a goal – though perhaps a pass to the wide-open Jeannot Esu would have been the smarter play.

FC Edmonton head coach Jeff Paulus admitted that the second half belonged to the Wanderers, but took some positives from the match as well:

Respect to the Wanderers, I thought they were the better team in the second half. They got stronger as the game went on, but I still thought we controlled the majority of that match. […] Our defending is very good, our pressing is coming along to where we want it to be.


In terms of general preseason performance, Cavalry FC fans will likely be the happiest with a string of wins being reported, though the positive results should be taken with a grain of salt: all of the CPL sides featured heavily rotated rosters for each friendly, with many games being played with a completely different 11. The results likely won’t be indicative of future CPL performances, but when it comes to preseason bragging rights, it’s hard to top Tommy Wheeldon Jr.’s side at the moment.

For FC Edmonton, preseason has been filled with positives. Jeff Paulus has seen his side capable of bagging goals, getting clean sheets, and continuing to define a trademark high-pressing style that is sure to result in some successful counter attacks when the inaugural season gets underway later this April.