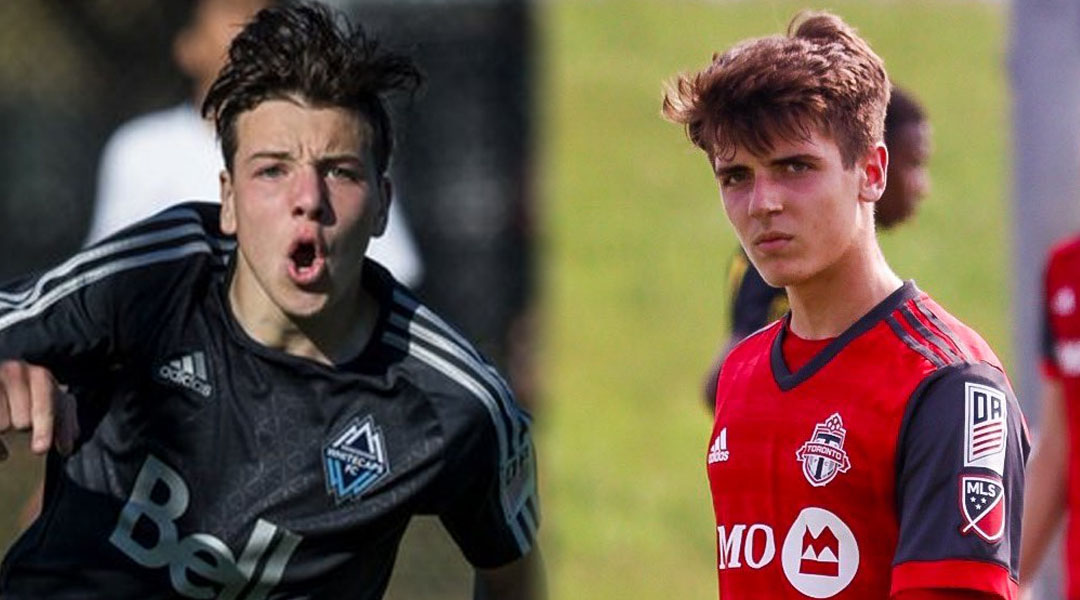 The Winnipeg-based side is missing out on the 2021 USL2 season due to travel difficulties caused by the COVID-19 pandemic, though the expectation of competitive football this year is surely rising with today’s arrival of the two promising additions.

Left winger Matteo de Brienne had spent the previous season with Canadian Premier League expansion side Atletico Ottawa, though the Whitecaps Academy product never got to make his professional debut at last year’s Island Games tournament. He was quite prolific with OPDL side Ottawa South United, where he contributed an astounding 44 goals in just 20 games for the team.

Forward Ryan Robinson has spent the past six years developing with the TFC Academy, where he seemed capable of both finding the net and creating key pass opportunities. With Eikon Sports describing him as someone who ‘has a great profile for the Canadian Premier League’, the move to FC Manitoba can be seen as a big test for the youngster ahead of any such opportunity.

The club was formerly known as WSA Winnipeg before it was acquired by new owners and rebranded to FC Manitoba in January 2020. The side has since added Maltese coach Jose Borg, with former Valour FC striker Michele Paolucci arriving as the first big new addition after the rebrand.

While the club’s upcoming season still remains a bit of a mystery, the addition of two MLS Academy products is certainly an exciting acquisition for FC Manitoba.