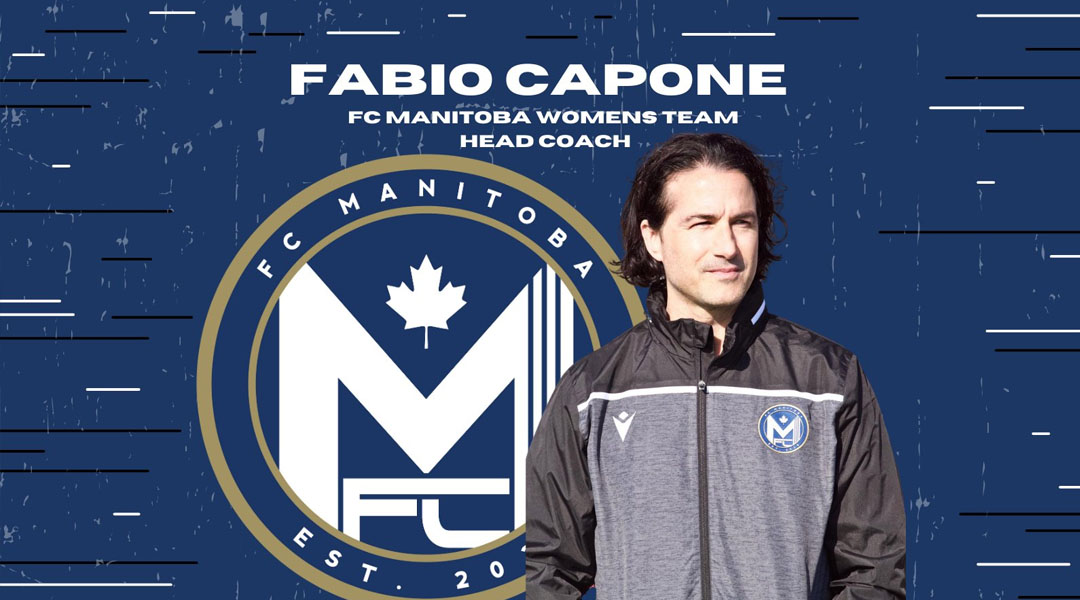 It just a few weeks ago that FC Manitoba had announced the launching of a women’s team, with the Winnipeg-based side now confirming that it has found a head coach for the side by looking close to home in Fabio Capone.

With over twenty years of local coaching experience, Capone arrives with a National B coaching license to his name and the full support of FC Manitoba after having worked with local clubs like St. Charles, Bonivital Club, and the Winnipeg Youth Soccer Association while involving himself with the Coaches for Coaches network.

This won’t be Capone’s first step into the women’s game, with the head coach having previously been the technical director of Bonivital Club’s female programs.

At the moment, it’s unclear in what division the men’s and women’s teams for FC Manitoba will play. The former won’t be participating the USL2 this year, with the club recently bringing in Maltese head coach Jose Borg to the men’s team amid rumours of a stint in a new second division.

The women’s team is slated to begin its season later on this year.

We need to develop both local players and coaches. Mr. Capone has the backing of a global network of coaches. With our recently announced men’s coach Jose Borg, Mr. Capone compliments our technical staff with his experience in our local environment.

Capone, who has reportedly volunteered in many coaching roles over the last twenty years, had once even coached for a 2015 Male U-14 Canadian All-Star game which saw his side complete a 4-1 victory over a squad containing Alphonso Davies.

The FC Manitoba Women’s team is an exciting opportunity for everyone involved. The culture, environment and community that the Garcea family has created around the club is a significant factor in my decision to be a part of this exciting journey.

It’s clear that Garcea Group has big plans for FC Manitoba, which the ownership group acquired back in January 2020 when the club was known as WSA Winnipeg. The side moved quickly to rebrand and bring in former Valour FC striker Michele Paolucci as its first marquee signing.

The signup sheet for the FC Manitoba women’s team can be found here.