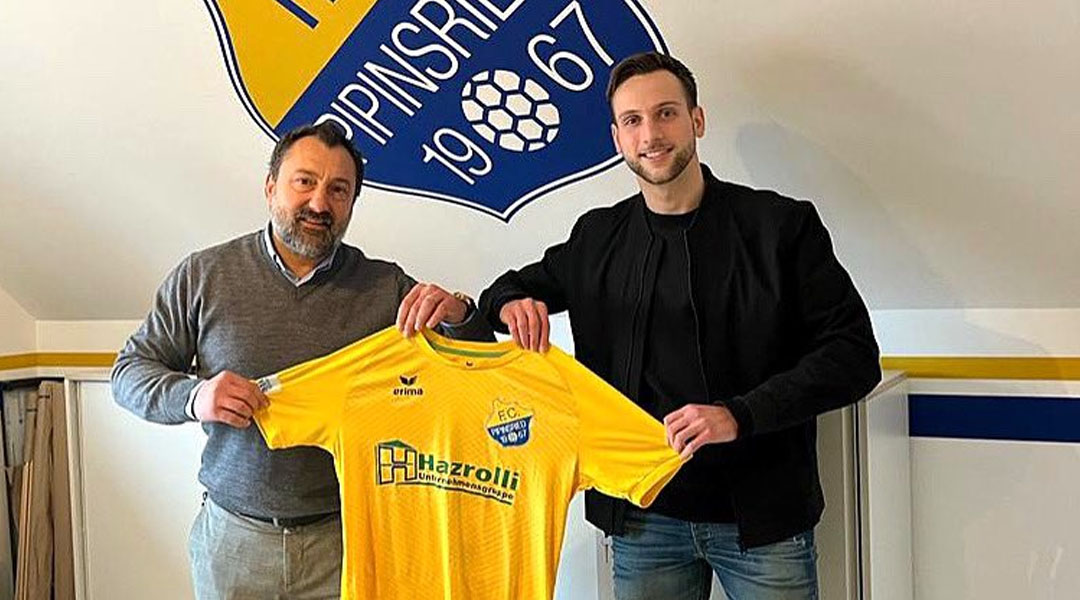 The 23-year-old had arrived to the Eddies near the tail end of last season’s Winnipeg bubble, with the former 1860 Munich forward going on to make seventeen appearances across all competitions, though he only tallied up 362 minutes of game time overall.

His only full match came in an Al Classico draw against Cavalry FC, where his sole assist came after Velado-Tsegaye finished off a scuffed shot following an impressive run from Fayia:

We reported this weekend that FC Edmonton had quietly cut nearly the entire squad this offseason, with only one or two FC Edmonton Academy products remaining in the side. FC Edmonton had intended to make significant roster cuts even before it had to pivot to a recruitment strategy centered around minimum salary athletes, so it’s unclear if the club would have kept the 23-year-old.

Related: FC Edmonton Facing Blunt Truth: ‘We Have To Improve’

With a tough season in the Canadian Premier League now behind him, Durrans now joins FC Pipinsried on a deal that runs through to June 30, 2023, giving him ample time to find his feet back in Germany.

“I thank those responsible for the confidence placed in me,” said Durrans of the move, “the Regionalliga is exactly the platform to take the next step towards professional soccer. I am very much looking forward to my new challenge.”

The Bavarian side currently finds itself thirteenth out of twenty teams in the Regionalliga Bayern, where the reserve team of Bayern Munich currently play. The fourth division is also where former Cavalry striker Jordan Brown and Winnipegger Kianz Froese briefly played, though both have now moved on from the league.

Durrans was born in West Vancouver but moved to Germany at the age of fourteen after an invitation from the 1860 Munich Academy. He completed his schooling abroad before departing for the Deisenhofen U-19s and, after that, fourth-tier German side VfR Garching.

He would then return to 1860 Munich to ply his trade with the reserves, recording eight goals in 35 matches since 2019. He was called up to the senior 1860 Munich side on a handful of occasions, but found his playing opportunities in the 3.Bundesliga limited behind the hot form of veteran forward Sascha Molders.

With his stint back in Canada with FC Edmonton having come and gone without much fanfare, the 23-year-old will now seek to find his footing back in Germany.

Given that FC Pipinsried recently lost out on forwards Serhat Imsak and Marian Knecht, the fourth division side was quite keen to give him the opportunity.