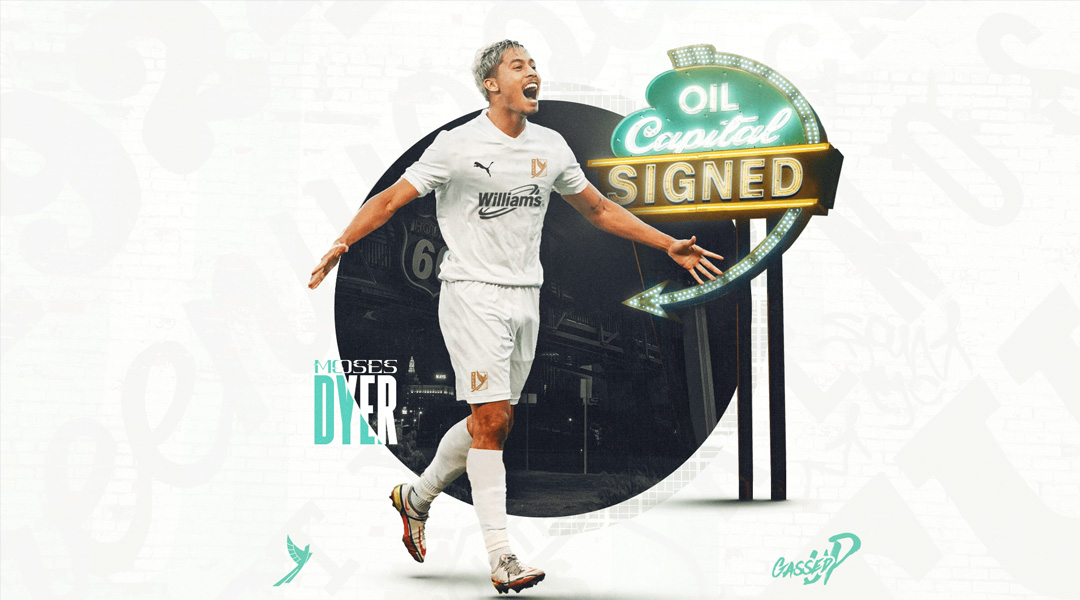 The USL Championship side has just announced the addition of the 25-year-old, who proved quite prolific during his three-year spell with Valour on Canadian soil.

The New Zealand international was revealed to have been moving stateside by Valour earlier this month. Having just wrapped up back-to-back nine-goal campaigns to cement himself as the club’s record goalscorer, it was no surprise to hear that he had accrued significant interest elsewhere.

“What sets Moses apart is his ability to link up,” said FC Tulsa head coach Blair Gavin today. “He’s someone who is very comfortable picking up the ball between the lines and has the vision to play the final pass. He’s someone we will be able to play into and force the center-backs to make a decision, and during that time, we’re hoping to have the solution much faster than they are, whether it’s an assist through the last line to a winger or Moses turning and scoring.”

Prior to his chapter in Canada, the forward had played in Norway, Australia, and his native New Zealand, for whom he has also earned eleven caps with at the national team level. Before cementing himself as a striker, he also proved to be an adept midfielder.

“There’s so many unknowns coming into a new team and new country, so I’m looking forward to meeting the boys and getting started,” said Dyer. “I can’t wait to give the fans something enjoyable to watch by winning games and scoring goals.”

Valour hasn’t wasted much time securing new international talent for its attack, with the club bringing in forwards Kian Williams and Pacifique Niyongabire this week. With forward William Akio departing mid-season, there’s big shoes to fill up top for the Winnipeg-based side.