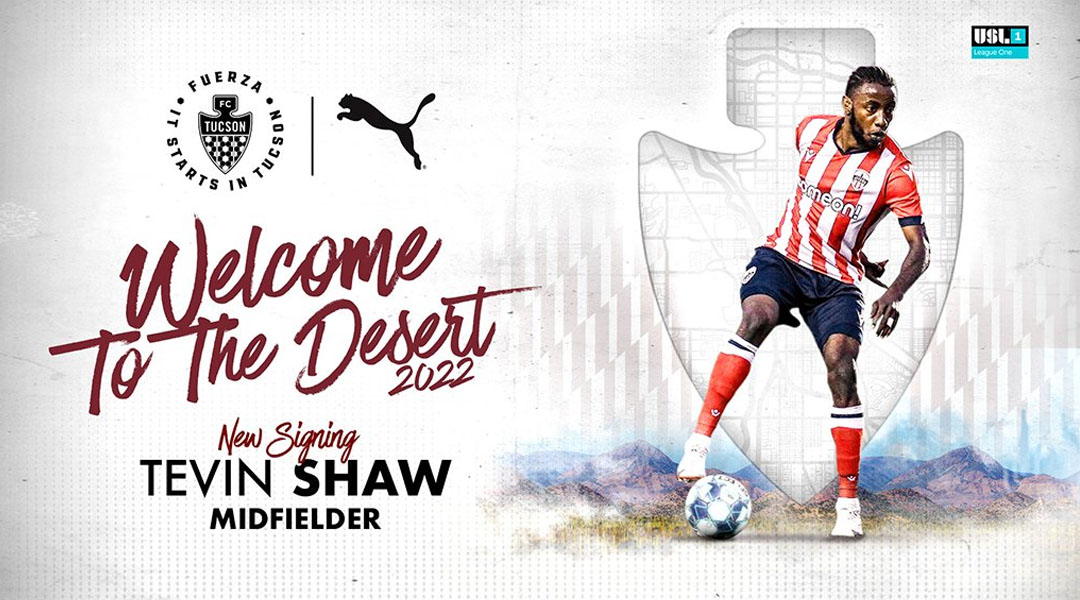 While he only saw 807 minutes of action overall, Shaw still recorded an impressive 77 duels won and 55 recoveries in that time – numbers comparative to Drew Beckie and Milovan Kapor respectively, but with about half the minutes.

Atletico Ottawa confirmed that it had declined Shaw’s contract option on January 13, with FC Tuscon now describing its new defensive midfielder as an athlete who can help them bring a championship home.

Shaw first signed with Atletico Ottawa in 2020 but was unable to arrive that season due to travel difficulties caused by the COVID-19 pandemic. Prior to the move abroad, he had played for Boys’ Town, Tivoli Gardens, and Portmore United in his native Jamaica.

See Also: Shaw: Atletico Ottawa Can Challenge For The Title

Shaw has also made six appearances for the Jamaican national team, earning a call-up last month shortly before his departure from Atletico Ottawa was made official. While he rode the bench against Peru, FC Tucson head coach Jon Pearlman suggested that Shaw’s involvement with the national team will benefit the USL League One club immensely.

“Those kind of experiences are what we need for our team if we’re going to be a championship and playoff team,” he said, “the skillset is certainly there and we wanted to make sure we got somebody with experience, ambition, who could cover ground, and who has a good personality.”

Shaw becomes the twelfth player to sign on with the current FC Tucson roster, which is a near-perfect split between returning players and new additions.

He isn’t the only former Atletico Ottawa athlete to make a move this week, with Atletico Madrid loanee Rafael Nunez recently completing a move to the UD Almeria Academy.

The last offseason also saw movement between Atletico Ottawa and USL League One, with Malyk Hamilton signing with North Carolina FC after the club’s inaugural campaign. The versatile youngster is now a free agent.

Atletico Ottawa has retained just seven players from its second season, with the side recently signing a further six athletes. None of the new additions are a like-for-like replacement for Tevin Shaw, though the club has retained midfielders Ben McKendry and Chris Mannella.