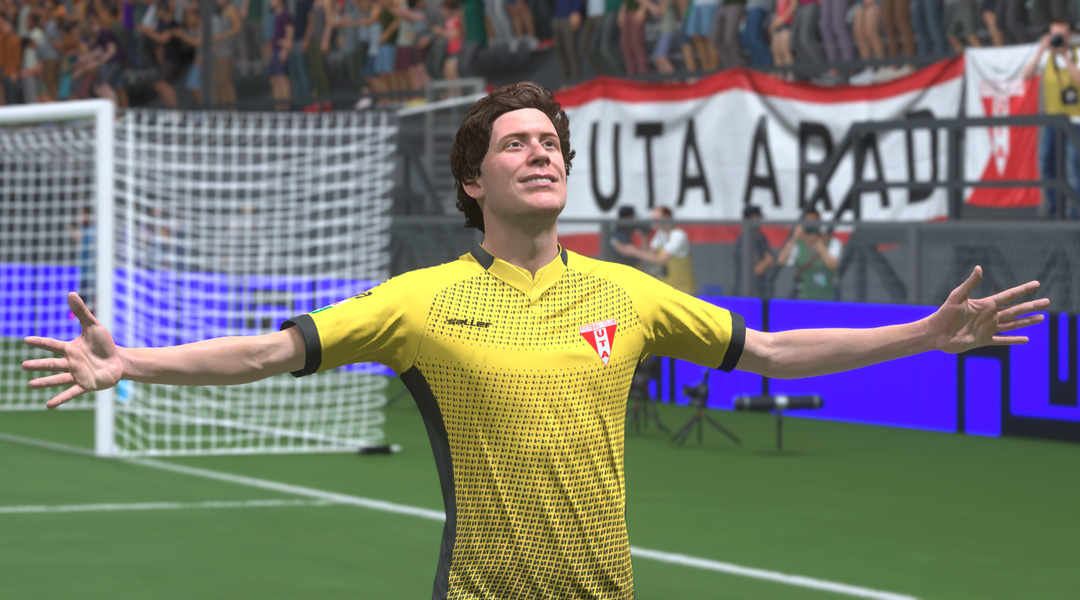 The 23-year-old striker completed the move to Romania just ten days ago following three seasons with FC Edmonton, where the six-foot-six striker scored 25 goals through 55 appearances before revealing that he wanted to test himself in Europe.

While the Canadian Premier League isn’t included in FIFA 22 – something we’ve bugged creative director Matt Prior about for a time now – Ongaro’s inclusion gives fans of the league a much clearer idea on where the league’s athletes would stand in the game and how they stack up against other leagues.

Easton boasts an overall rating of 61, ranking him above strikers like Jordan Peruzza (57), Theo Bair (58), and Ifunayenchi Achari (60), with Ongaro even rated as slightly higher than potential Canadian international Daniel Jebbison was in FIFA 21 (59). He has a potential ability rating of 66 in the game, which means FIFA believes he’s somewhat near his ceiling in terms of development – though the late-bloomer hasn’t exactly followed a traditional path in growth.

Easton himself has told us that his development only struck a chord during his university days, with a growth spurt adding a speedy, physical side to his game that led to him getting drafted by Cavalry in the first-ever CPL-U SPORTS Draft. He eventually landed with FC Edmonton, and saw his goal tally pick up a steady pace when his confidence at the professional level grew.

An overseas loan stint with Vendsyssel FF in the previous offseason opened his eyes to Europe, where he described a level of play that wasn’t unattainable for those in the CPL. That planted a seed, with the three-year Eddie now set to test himself in the Romanian top flight. With UTA Arad set to play tomorrow, his potential debut could see the in-box goalscorer make a statement overseas.

While Easton’s inclusion in FIFA 22 is a neat bonus to his transfer, it’s not the only way to compare how CPL athletes fit into EA Sports’ vision of global player rankings. With several MLS-to-CPL loans having concluded, there are several athletes who spent time in the CPL we can take a look at, too.

CF Montreal goalkeepers James Pantemis and Jonathan Sirious are ranked at 64 and 59 respectively, whilst former Cavalry defender Joel Waterman clocks in at 64. Karifa Yao stands at 57, with Sean Rea at 54 and Keesean Ferdinand at 53. Ranked much lower is Matteo Campagna at 49, the same rating giving to Tomas Giraldo.

Several former FC Edmonton products have been in the game at one point or another, with Kyle Porter ranking a 60 whilst with DC United, Shamit Shome at 63 whilst with CF Montreal, and all-time top Eddies goalscorer Daryl Fordyce landing a rating of 57 during his time with Sligo Rovers.

UTA Arad’s newest striker had actually been using FIFA 22 to familiarize himself with the squad prior to arriving, quipping to Charlie O’Connor-Clarke that being added to the game has always been a dream of his. Mission accomplished.

With Easton now set to begin his new chapter overseas, it’ll be interesting to see how the target man performs abroad. UTA Arad currently finds itself ninth in Liga I action after 21 games played, with the club adding the six-foot-six striker in a bid to secure a play-off position. Doing so could see the club qualify for continental action, too – quite a surreal opportunity for the striker.