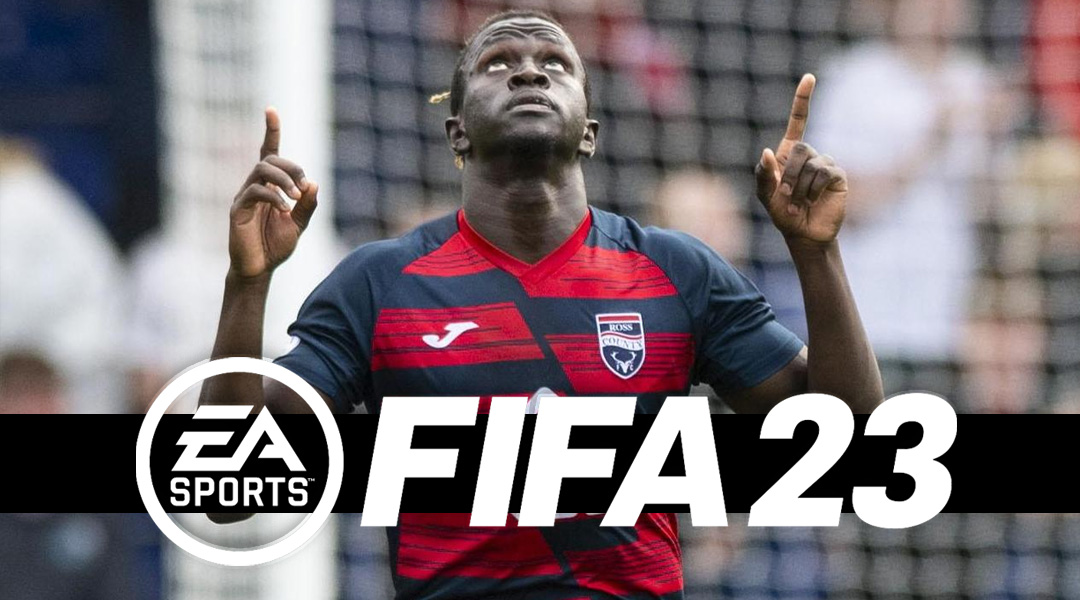 With FIFA 23 set to release next week, we took a look at some former Canadian Premier League talents who have carved a path into the game by featuring in a team included on it.

While there’ve been a few former CPL players to come and go through previous iterations of the franchise, here’s a look at some domestic talent who reached FIFA 23 heights after proving themselves in the CPL first:

Canadian Premier League fans will be pleased to see the rating for 19-year-old record breaker Aribim Pepple, who’s potential of 71 predicts a bright future for the young striker.

A brief but incredible return to the CPL this year saw Championship side Luton Town hijack a bid to land the youngster, with a loan to Grimsby Town ensuring that CPL fans will be able to see him grow in FIFA 23.

It’s no shock to see that World Cup hopeful Joel Waterman is the highest-rated former CPL talent in FIFA 23: in the tail end of a breakthrough club season, he’s proven to be a consistent starter for a high-flying CF Montreal side while also catching John Herdman’s eye on the national team level, too.

Given that his first inclusion in FIFA 20 saw him rated 58 with 64 potential, he’s a prime example for how former CPL talents can exceed expectations. For what it’s worth, we still think his listed potential of 70 is too low.

We’d be remiss if we didn’t mention Mohamed Farsi, who absolutely dominated with Columbus Crew 2 earlier this year before earning his move to the first team.

Clocking in with a potential of 71, it’s hard to believe that the former Cavalry FC left-back was a near-complete unknown just two years ago when he arrived to the CPL with a largely futsal-based background.

With fast feet and eye for creating goals (he contributed six assists in thirteen MLS Next Pro appearances), we’re excited to see what Farsi can do with a full MLS season under his belt.

Given that Victor Loturi made his CPL debut at the tender age of seventeen, it’s easy to forget the new Ross County lad already has years of professional football under his belt.

While his 50 rating reflects his relatively unknown stature on the global scale, his potential of 61 suggests – we believe correctly – that there’s plenty of room to grow. After all, you don’t get 45 professional appearances and a Best U-21 Domestic Athlete nomination in the CPL for nothing.

While Kadin Chung hasn’t found his footing in the first team at Toronto FC, his potential of 66 suggests plenty of faith in his ability to grow as a player – and that five star weak foot rating shows they may have been watching some of his highlight moments, too.

27-year-old centre-back Lukas MacNaughton rose to the occasion in MLS, earning a starting position in a star-studded squad and earning a 63 rating overall with a listed potential of 65.

That’s a two point increase over his initial FIFA 22 rating prior to his MLS debut.

Having matched every competitive level he’s risen to, he’s now made 26 appearances for Toronto FC, scoring his first club goal in the Canadian Championship Final against Vancouver.

South Sudan international William Akio only recently joined his brother at Scottish side Ross County FC, but the speedy forward has already made a splash: he bagged two assists in his cup debut and a goal on his substitute debut before recently earning his first start.

Valour FC fans are well familiar with Akio’s potential, and he showed great mental fortitude following his viral miss to boot. All told, he’s got all the ingredients to succeed at the higher level he now finds himself in.

Even before that, he was a surprise coup for the CPL after the pandemic nixed his MLS SuperDraft hopes, and we wouldn’t be shocked to see him surpass his FIFA 23 potential rating of 63.

When York United opted to sell its star left back earlier this year, Diyaeddine Abzi left with big shoes to fill: he’d been a highlight player for the club since their inaugural campaign and by all accounts it appears that he’s doing well after landing in France to test himself.

Abzi: ‘I Made A Big Leap In Level’

The 23-year-old is listed as having a potential of 65, showing that there’s still ample room to grow for the fast-footed attacker – and we’re not surprised to see that one of his highest attributes in the game is dribbling, either.

The number of former Canadian Premier League athletes who feature in the FIFA franchise (or the EA Sports FC franchise, beginning next year) will only grow, and we’re excited to see who will join the ranks.

While they don’t represent all of the league’s exports, it’s still interesting to see what ratings they obtain. With the Vancouver-based studio behind FIFA recently adding Ted Lasso and the fictional AFC Richmond in the game, it’d be nice if they could help grow the game that’s happening in real life in their own backyard, too.

While the CPL’s inclusion in FIFA still remains unlikely for the near future, fans can take a crack at the league in Football Manager instead.