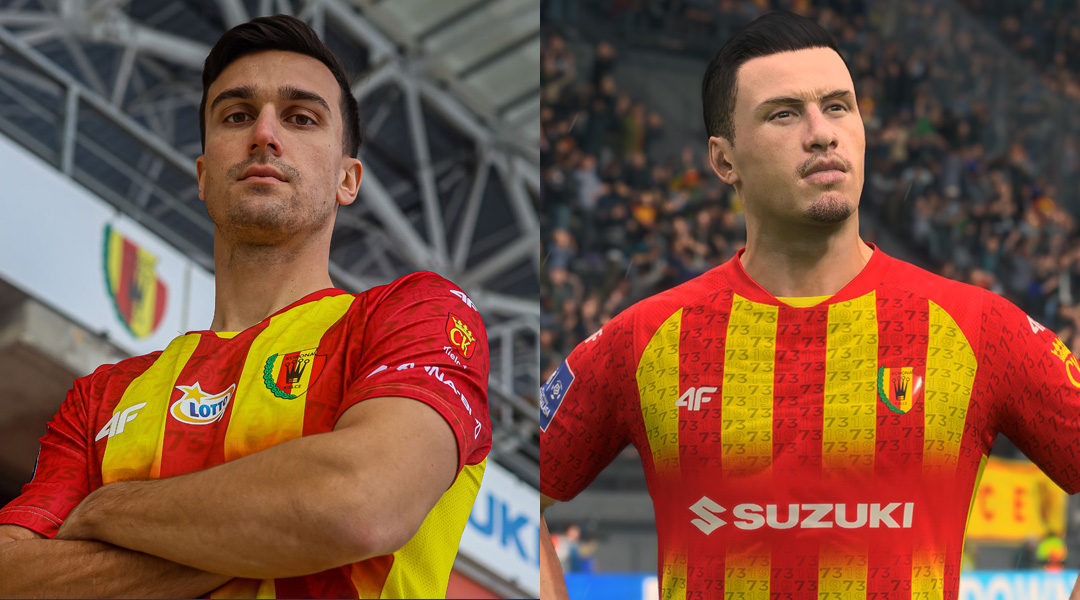 Top Canadian Premier League centre-back Dominick Zator made waves when he left York United in favour of Polish top flight side side Korona Kielce, where the 27-year-old hopes to carve out high-level minutes and put himself back in the national team conversation.

With the Polish Ekstraklasa featuring in the FIFA videogame franchise, Zator’s move also means that the former Nine Stripes defender can now be played by FIFA fans all over the globe.

We’ve already looked back at the FIFA 23 rankings of several Canadian Premier League exports like Victor Loturi, Joel Waterman, and Lukas MacNaughton, but with Zats now appearing in the latest FIFA 23 online roster update, we wanted to take a look and see how the CPL export was ranked.

Zator was given an overall rating of 61, which is two less than than Toronto FC’s Lukas MacNaughton was given in FIFA 23. The Calgarian has always been a tireless engine on the pitch, and that’s reflected in his in-game ratings: FIFA 23 categorizes his defensive work rate as high, and it should come as no surprise that the six-foot-two muscular defender’s best physical attribute is his strength at 86.

Canadian Premier League fans were no strangers to Zator’s set piece prowess, with the defender contributing six goals between York United and Cavalry FC. That’s reflected with the in-game Zat-Stats, which give him a very high jumping rating of 68, an aggression of 76, and a heading accuracy of 66. Oh, and his player has the Power Header trait, too.

It’s also interesting to note that his initial rating of 61 is three points higher than what the first CPL-to-MLS sale, Joel Waterman, earned in FIFA 20 when the CPL was more of an unknown. Waterman is now rated a 67 with the career mode potential to crack 70, and while Zator was given a potential of 62, it remains to be seen how playing in Poland will help him grow.

Zator is rated quite closely to Korone Kielce’s other defenders, suggesting that the virtual Zator will be in for a tough run if he’s to break though to the first team. That’s exactly what real life Zator has planned ahead of a potential league debut against Legia Warsaw later this month.

He’ll likely have another Canadian teammate on the back-line soon, with Marcus Godinho completing his Korona Kielce medical yesterday.

We also wanted to take a quick look at Diyaeddine Abzi, who joined Ligue 2 side Pau FC half-way through 2022. The left-back has appeared frequently for his new team, mostly from the bench, accruing sixteen appearances whilst being touted as a player with a high ceiling.

Abzi: ‘I Made A Big Leap In Level’

His FIFA franchise debut sees him awarded with a 58 rating, though a career mode potential of 65 shows that Pau FC aren’t the only ones who think Abzi still has ample room to grow.

While it remains to be seen if Dominick Zator will break through to the Korona Kielce first team, the stepping stones are already there: he impressed enough while on trial to earn a contract, and has now featured for the team in two friendly matches ahead of the Ekstraklasa’s resumption later this month.

With the club set to play away to Polish giant Legia Warsaw on January 29, Zator will have a golden opportunity to make a big impression with much-needed points on the line.

Back at York Lions Stadium, who will fill the big shoes he’s left behind remains to be seen.