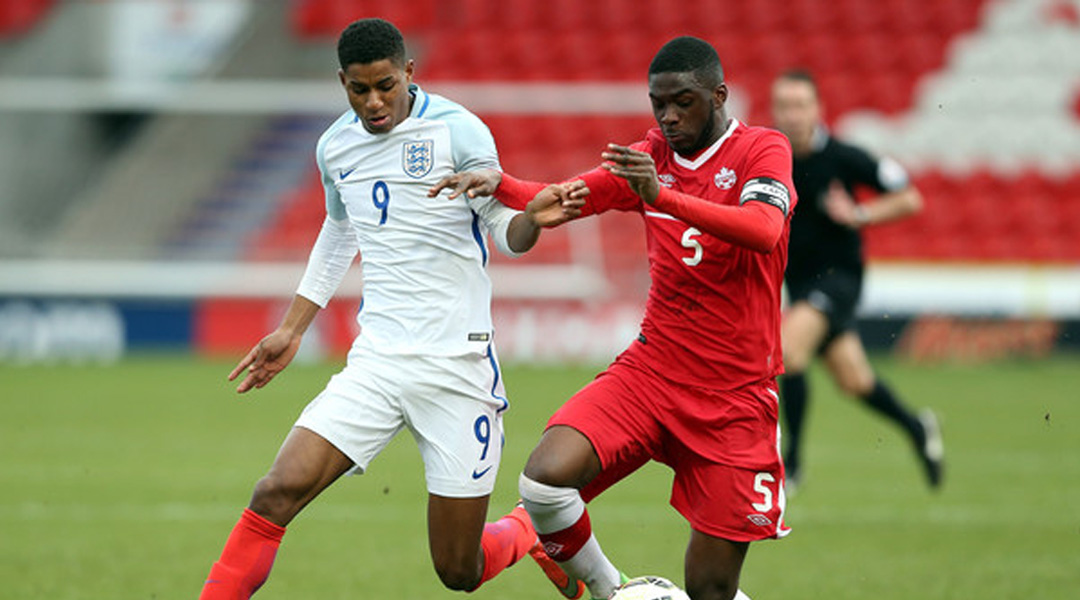 21-year-old Chelsea defender Fikayo Tomori is eligible to represent three different countries, though the Calgary-born English Premier League youngster is non-committal about which senior side he’d like to pledge for.

Tomori, who was born in Canada to Nigerian parents but moved to England when he was less than a year old, has been a part of the Chelsea youth system since he was eight years old. He’s made three appearances for the blues since 2016, spending most of his time out on loan with the likes of Brighton Hove & Albion, Hull City, and Derby County, where current Chelsea coach Frank Lampard was evidently impressed with the youngster.

In fact, Fikayo just played the full ninety minutes against Liverpool in Premier League action today, suggesting that – like Tammy Abraham – he could become a more regular fixture for the blues this season.


In 2016, Tomori represented Canada at the U-20 level for three matches, which included a 2-1 victory over an England side featuring Marcus Rashford. He evidently impressed, because later that year he was called up to the England U-19s. He represented the The Young Lions all the way to the U-21 level, but is now only eligible for senior competition – and a call up from England’s senior side has not been forthcoming.

Tomori isn’t in a rush to jump ship back to Canada, or commit himself to a Nigerian FA which has reportedly been eager to cap-tie the youngster:

I’m a citizen of all three [countries] so we’ll see. I was born in Canada and lived there about seven or eight months old. My family is Nigerian, obviously I live in England. It’s nice to have that. I can’t play Under-21 football anymore so the last international break I didn’t get called up to anyone. Next one maybe we’ll see.

There’s no doubt that Canadian national team head coach John Herdman would like to pull a coup and bring the youngster back to his birthplace: while Canada’s attacking roster has grown by leaps and bounds, the country’s defensive prospects haven’t matched the growth the upcoming attacking players have provided.

The result is a Canadian international side that has no problem scoring goals, but has some glaring weaknesses at the back, too. With Canada close to breaking into the Hex ahead of the country’s important CONCACAF Nations League bout against the USA, Tomori would be a big boost to a Canadian defense that will be put through its paces next month.


Tomori is far from the only defender that Herdman has been trying to sway over to the Canadian national team: Mississauga-born defender Ricardo Ferreira, who once appeared for the Portuguese national team in a friendly against the USA, is still eligible for a one-time FIFA eligibility switch to Canada, though nothing has come to fruition so far.

There has been similar silence from Cristian Gutierrez, the 22-year-old Colo-Colo defender who has has a handful of Chile U-20 appearances to his name. With the player now only eligible for senior side appearances (and his brother playing for Valour FC in the Canadian Premier League), he’d be a big boost to Canada’s defensive lineup.


Conversely, Cruz Azul midfielder Stephen Eustaquio pledged himself to Les Rouges this year, though his debut has been delayed as he returns to match fitness after suffering an injury. Next month’s match against the USA will likely come too soon for him, though he’s expected to bolster the Canadian lineup later on.

Tomori isn’t in a rush to make his national team selection, so there’s no telling when and where the talented Premier League prospect will make his choice – though Canada hasn’t been ruled out of the running yet.