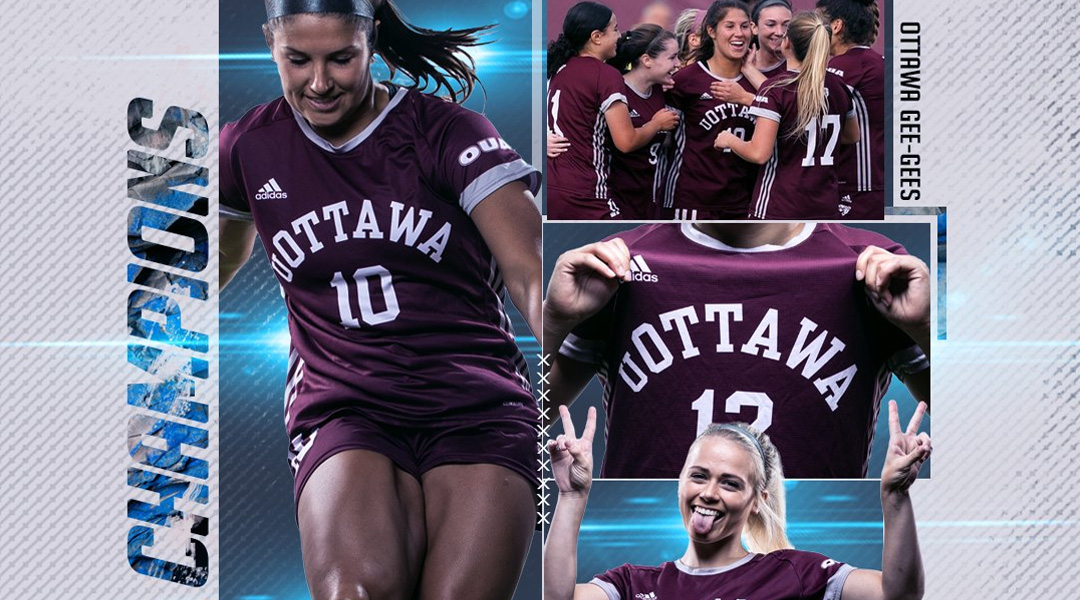 Today, the Ottawa Gee-Gees saw out a 1-0 victory over Brazilian side Paulista University, recording history by becoming the first victors of the all-new FISU Women’s University World Cup. The tournament saw eight different women’s teams from the around compete in the Chinese city of Jinjiang, which will host the next three iterations of the tournament on a bi-annual basis.


The Gee-Gees got off to a flying start in the cup final, with a fantastic corner from Katherine Bearne finding Mikayla Morton. She headed in the chance beyond eventual Golden Glove winner Fernanda Lais Delazere to give the Ottawa-based side an early lead:

The two sides exchanged chances throughout the first half, with Paulista University coming close to an equalizer with a just-over-the-bar freekick in the 36th minute. Despite Paulista University striking the post on multiple occasions, the Gee-Gees held onto their slim one-goal margin for the duration and secured history as the first-ever team to win the FISU Women’s University World Cup.

The Ottawa Gee-Gees won the nationals in 2018, which paved way to this year’s invitation to the ambitious international university-level tournament. The team would face a tough path to the finals, going to penalties against Beijing Normal University just two days ago.

All five of the Ottawa Gee-Gees’ penalty kicks went in that night, with Gee-Gees goalkeeper Margot Shore’s penalty save from Beijing’s second kick paving the way to a historic appearance in the FISU Women’s University World Cup Final.

Following the victory, first-year defender Trinity Esprit will take home tournament MVP honours. Now that the 18-year-old player is sure to be on the radar for women’s soccer, it wouldn’t be surprising to hear if the Scarborough-born player fields any offers from overseas.


While the Canadian Premier League is working on a way to introduce a Women’s Canadian Premier League that operates on the professional level, right now League1 Ontario offers the most opportunities to domestic female players with the caveat that it operates on the semi-professional level. That’s where Trinity Esprit has plied her trade with for the last several years with Unionville-Milliken SC.

As a result, only one member of the current Canadian national women’s team actually plays in Canada – and that’s exactly why women’s head coach Kenneth Heiner-Møller says that female athletes need a domestic professional league to aid their development. Too many talented players, he thinks, give up on sporting careers due to a lack of local opportunities.

Whatever happens next for the domestic female game, the Ottawa Gee-Gees have done Canada proud with a stellar international performance against top-tier university sides from around the world. In true Canadian fashion, the team also picked up a fair play award on their way to collecting the gold medals, too.