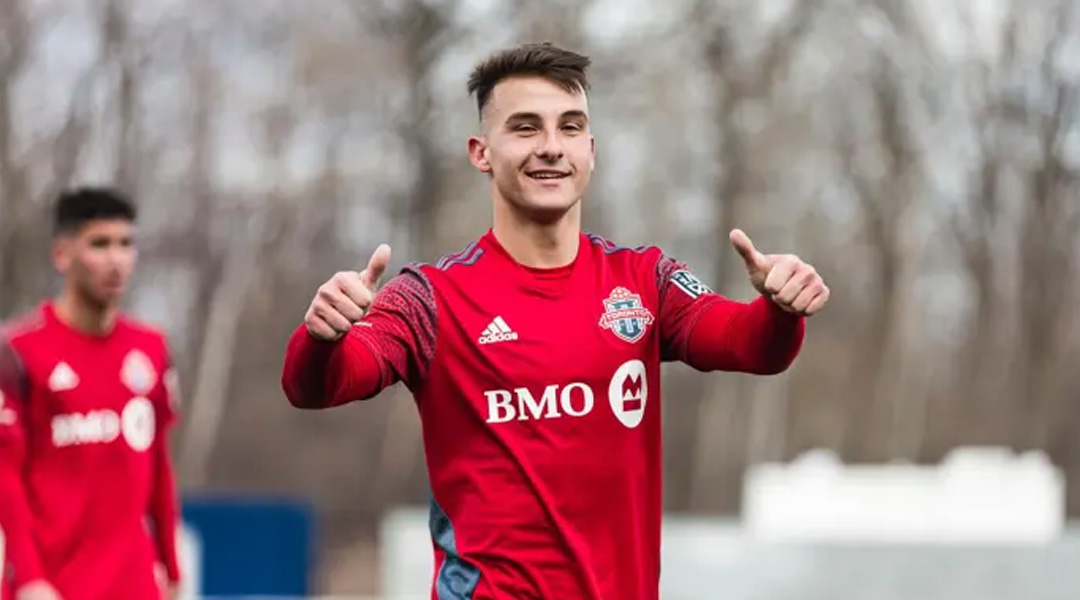 It looks like former Halifax Wanderers and Toronto FC II winger Stefan Karajovanovic will be trialing with Serbian Superliga side FK Napredak Krusevac.

The 23-year-old winger spent this season with Toronto FC II, where he contributed two goals and two assists through 19 appearances.

He was one of several MLS Next Pro players who departed from Toronto FC II this November, with the forward hinting at the time that a return to CPL might be on the cards.

“MLS Next Pro is very good for development and to have the opportunity to earn an MLS contract. It’s a nice bridge towards that,” Karajovanovic had told us. “I do think from what I’ve watched this year, the CPL has grown a lot. I think I’d be willing to go back and play there. I think I have some unfinished business in the league.”

Before his spell with in MLS Next Pro, Stefan had a sharp rookie season in the CPL with the Halifax Wanderers, where he turned professional after arriving as a draft selection. The Gatineau-born forward bagged one goal and two assists through 28 appearances out east, but it’s fair to say his chances created set the expectation for a much higher ceiling.

Before his time with Halifax, Karajovanovic had trialed with York United after being selected in the draft the year prior. He’d also developed with Ottawa South United, AS Blainville, FC Gatineau, and the Ottawa Fury Academy, whilst having been absolutely prolific with the Carleton Ravens, where he bagged 35 goals in just 37 games.

The club Karajovanovic looks set to trial with, FK Napredak Krusevac, finished eighth in league standings last season. They currently rest in tenth place, with the latter half of the current Serbian Superliga season set to resume in February.