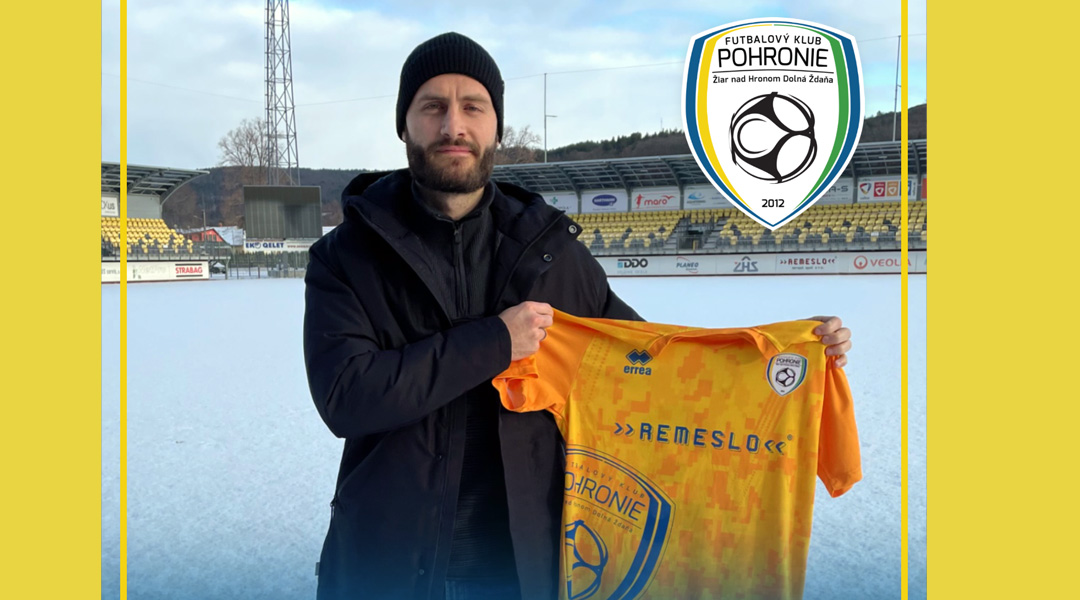 The 30-year-old defender had spent the last two seasons defending the crest of Atletico Ottawa, making 27 league appearances over the past two seasons. A club original, the centre-back helped the side through two tough introductory seasons and now departs in an offseason likely to see plenty of change.

“Milovan is the type of stopper we were looking for,” said FK Pohronie head coach Patrik Furka, “in addition to the experience he has gained in several clubs, he has great personal qualities, which our team will definitely use. He is a leader and a great professional. He speaks Slovak very well, his wife is also Slovak, so we him more as a home player.”

Kapor is no stranger to Slovakian football: he’s played for the likes or Pobrezova, Banska Bystrica, and Zlata Moravce before, with the Toronto-born defender having also also plied his trade in the USA, Spain, Belarus, Israel, and Uzbekistan. He arrived to the CPL as a relative unknown despite his domestic status, though he had once been named to the provisional 40-man roster for the Canadian Gold Cup squad in 2017.

His first season with Atletico Ottawa saw him feature in six of the club’s seven matches, with his only absence coming through red card suspension. His second campaign saw him make 22 appearances across all competitions, donning the armband on a number of occasions throughout the year.

“I would like to say thank you to my teammates, the staff, and all the fans who support Atletico Ottawa,” Kapor told Northern Tribune, “In sports, as in life, things don’t always go the way you want them to. However, it’s the journey and the memories created that makes it all worthwhile. Best of luck to everyone involved with Atletico Ottawa.”

FK Pohronie earmarked him as a leadership figure for the Slovak Super Liga side, who are set for a string of club friendlies over the next few weeks. He got his first opportunity to impress with the side today, starting in a 3-2 friendly win over FC Petrzalka.

His new club had reached the top flight back in 2019, surviving two back-to-back bouts in the relegation group. With FK Pohronie now set for a third, they’ll be hoping Kapor can help keep the backline steady.

His former side Atletico Ottawa had released a roster update confirming seven returning players from the 2021 CPL season, just three of whom had been with the club prior. The club is expected to announce its new head coach in the upcoming week, with negotiations still ongoing with some out-of-contract squad members.