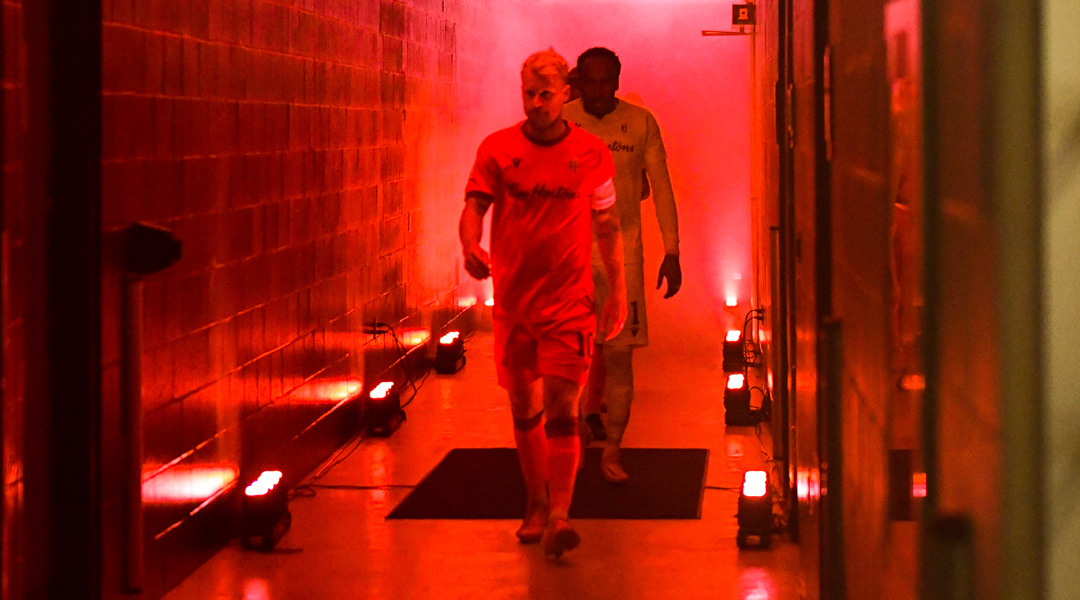 The appeal came within the allowed 24-hour window following Bekker’s dismissal, with the club hoping to have a verdict on things today.

The hammers are hoping to have their captain on deck for the club’s fourth straight CPL Final appearance.

Kyle Bekker was handed a straight red card from referee Yusri Rudolf during the club’s semi-final win over rival side Cavalry FC last weekend, with the 32-year-old collecting his marching orders following a high boot on Cavalry’s Elijah Adekugbe.

The club has already submitted a formal appeal to Canada Soccer’s disciplinary committee, and hopes to hear whether the move was successful later on today.

Forge head coach Bobby Smyrniotis had called the red card ‘a little harsh’ after the match, voicing his surprise that Rudolf went right into the pocketbook after letting some previous fouls go.

“There are some obvious yellows that we’ve seen throughout the season that he wasn’t calling, so I thought okay, this is a game where he’s going to allow a few things to go in a playoff game. So it’s a little bit surprising to see that red card go out so easily at that point,” said Symrniotis.

His opposite number Tommy Wheeldon Jr. was less diplomatic, calling the officiating bullsh**** after having had his own man sent off minutes later.

Bekker, who won the league’s player of the year award in 2020, will be a big miss for the hammers should his suspension remain upheld. He’s been one of the most consistent players in the league, with this season seeing him mark his 100th appearance for the club as the club marched towards its fourth straight final.

This wouldn’t be the first time Forge has appealed a referee decision in the final, either: the inaugural final saw a red card to Tristan Borges in the first leg get overturned, with the hammers going on to take the second leg and cement themselves in history as the league’s forever-first winners.

Sunday’s straight red was the second of Bekker’s season, with the club skipper having also been suspended for three matches following a dangerous tackle against Cavalry on September 10. That’s why the disciplinary committee has presently handed him a four-match ban.

This year’s final will take place in the nation’s capital, with host side Atletico Ottawa having dispatched reigning champions Pacific FC en route to the final.