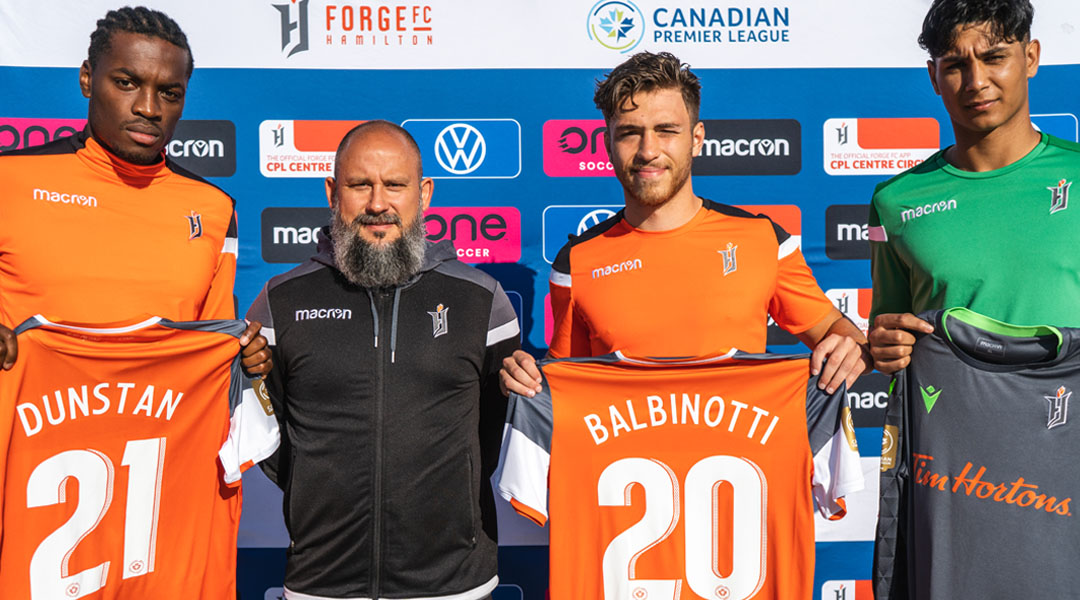 If Maan sounds familiar to Forge FC supporters, that’s because he was signed to a temporary contract with the Hamilton-based side last year. The 19-year-old Brampton native spent last fall with Northern Kentucky University, finishing with a handful of clean sheets. He joins a growing selection of Sigma FC products to make the jump to Forge FC.


27-year-old Canadian defender Jordan Dustan spent last season with Chattanooga FC in the NPSL, having played previously for then USL-side Nashville SC in 2018. Standing at six-foot-two, the Mississauga, Ontario native arrives as a depth option for a Forge FC backline that features the likes of David Edgar and Maxim Tissot.

The third and final signing of the announcement is 21-year-old forward Gabriel Balbinotti, who came in as the seventh-overall draft pick from the 2019 CPL-U SPORTS Draft. Balbinotti had a good showing in the 2019 U SPORTS Championship, scoring three goals and making the all-tournament team as he helped his side win the tournament. The Montreal native has spent some time in the Montreal Impact youth setup, and had also attended Canada national youth team camps at the U-15 and U-23 level. He arrives on a U SPORTS Developmental contract.

As we reported yesterday, the reigning champions also confirmed the mutual release of versatile midfielder Giuliano Frano, who has opted to focus on his coaching academy.


The Forge FC roster now stands twenty-one players firm, with the club still expected to announce the signing of former Toronto FC striker Molham Babouli in in the near future.

With the 2020 Canadian Premier League season due to kick off in just two weeks time, today’s trio of signings aren’t expected to be the last Canadian player acquisitions to happen ahead of The Island Games.