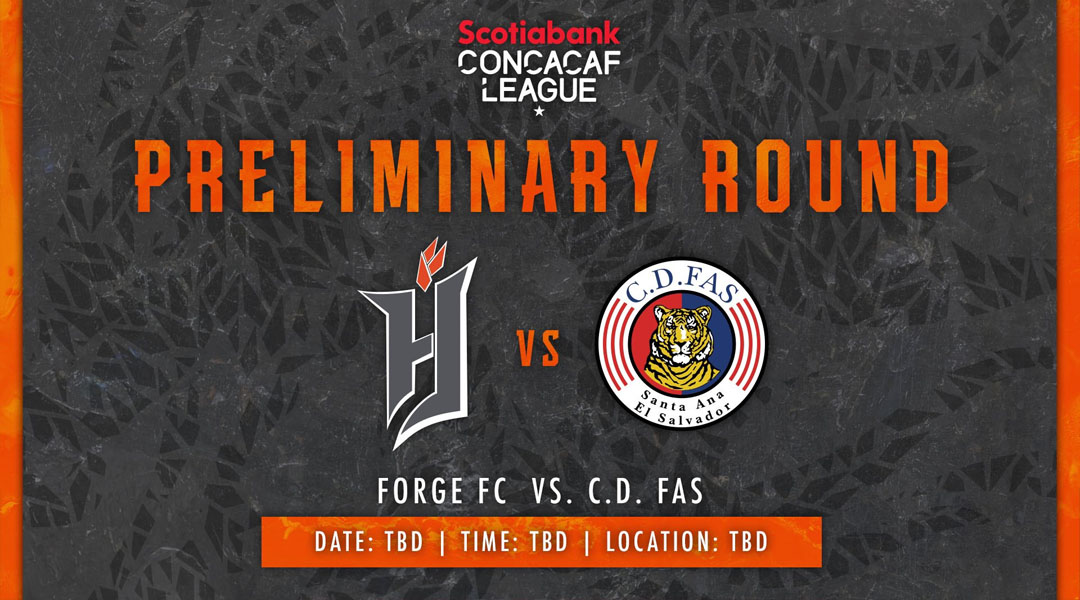 Forge FC will open its 2021 Concacaf League campaign in the preliminary round against Club Deportivo Futbolistas Asociados Santanecos this August.

The Hamilton-based side qualified for the tournament by virtue of retaining its Canadian Premier League championship title at last year’s Island Games, where a 2-0 performance against the Halifax Wanderers saw them achieve back-to-back domestic league honours.

This August will see the hammers take on CD FAS, a top flight Salvadoran team based in Santa Ana. The team has won its own domestic league no less than 18 times, and until recently was the home of former Halifax Wanderers striker Luis Alberto Perea.

This will be Forge’s third time in the continental competition. Their inaugural campaign saw them qualify through a modified league format, with the fledgling team surpassing expectations to reach the Round of 16 later that year.

2020 saw the hammer reach even further into the competition, securing away wins against Municipal Limeno and Tauro FC before falling to Arcahaie FC in the quarter-finals. The club also qualified for a Champions League play-in match against CD Marathon after that, but fell to a 1-0 defeat against the tough Honduran opposition.

Having made it deeper with each appearance in the competition so far, there’ll be a lot of eyes watching the Hamilton-based side as they seek to defy expectations once again to reach Champions League heights via the competition.

The club had to cede a potential berth to the premier continental tournament earlier this year following the delay of the belated 2020 Canadian Championship. While Toronto FC was ready to go, Forge FC was unable to obtain permission to train from provincial health officials.

Meanwhile, Canada Soccer has yet to announce an update regarding the 2021 Canadian Championship, likely due to uncertainty regarding league schedules between MLS, CPL, League1 Ontario, and the PLSQ.

Earlier today the Hamilton-based side announced that it had acquired Concacaf League veteran Omar Browne on loan from CAI, with the 27-year-old striker having amassed eleven appearances in continental competition to date. Should Forge reach the 2021 Concacaf League Round of 16, Forge will take on Browne’s parent club – though we imagine he wouldn’t be participating in the match.

The first leg of the preliminary round will see Forge FC take on CD FAS between August 3-5 at an as-yet-undetermined location.