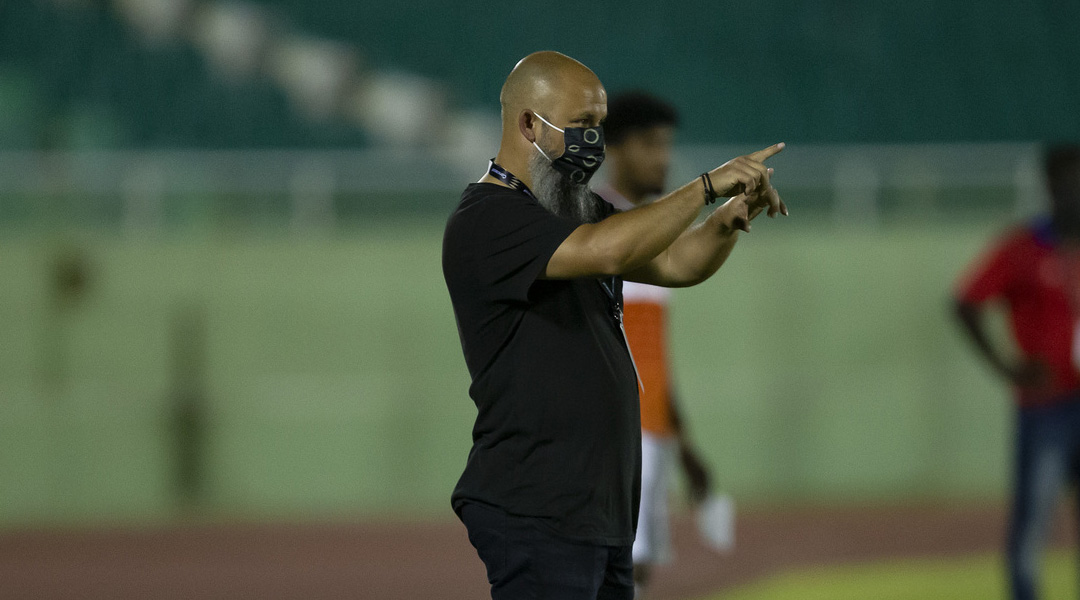 It’s no secret that Forge FC has been the standard barer of the Canadian Premier League: having won the first two seasons of the domestic league, the Hamilton-based club has also surpassed expectations in continental action twice now, coming one match shy of qualifying for the Champions League last month.

The two-time CPL winners are now in the offseason, and are the only CPL side left not to have provided any re-signing announcements at this point in the year. The side had re-signed most of its core at a faster pace last year, though head coach Bobby Smyrniotis made it clear during a recent OneSoccer interview that he isn’t worried about the relatively quiet start to the 2021 campaign:

One thing that 2020 has taught us it to be adaptable. We can have all the plans in the world, but right now there’s something else out there that’s kind of planning our season, our calendar, and everything like that – so we’ve got to take it step-by-step.

Other Canadian Premier League sides like York United, Halifax Wanderers, Valour FC, and Cavalry FC have fleshed out large swaths of their roster already, with FC Edmonton in a flurry of player signings after bringing in new head coach Alan Koch.

While Forge FC has been silent in terms of re-signings, Smyrniotis indicated that he aims to keep a large core of his title-winning team together, with a few additions set to arrive in the next few months:

We’re at the point in the season where it’s ‘what new players do we want to bring to the team?’. We want to be able to keep a big core of this team together because I believe in that, and in these first few years that plan has worked for us. But, there’s guys that have a lot to give to this team, and it’s just a matter of how we sprinkle in a few guys.

The club will need some defensive reinforcing following the retirement of David Edgar, who wrapped up an impressive career as the club exited its Champions League play-in match with a loss to CD Marathon. Forge FC will have another short at Concacaf League action this year by virtue of hoisting the North Star Shield at The Island Games.

While there were rumours earlier that 30-year-old Forge FC Captain Kyle Bekker may be set to rejoin former coach Marc Dos Santos at the Vancouver Whitecaps, things have been quiet on that front since. The captain called his time with the club so far ‘a little bit of a fairytale‘, indicating he was happy with the reigning CPL champions.

In terms of potential inbound additions, former Forge FC striker Emery Welshman expressed that he’d like to return at one point, though it remains unclear if his more immediate future remains in Israel. With Edgar’s departure likely opening up some considerable wage space, there’s certainly the potential for a high profile roster addition like him – though the defensive line still has a big gap to fill.

In his parting interview, the now-retired David Edgar hoped that the club’s Concacaf League exit would be a learning experience for his teammates who were still relatively green to Concacaf-based action. Smyrniotis has a similar focus for his roster rebuild, pondering what new players would most benefit the team in continental action:

I think the biggest thing we look at this off-season is how do we make this team better for Concacaf? I think that’s the one thing we’ve learned in what you need to do to be better in those competitions and those environments over the last two years, because this is a competition we’re playing in again in 2021.

It’s tough to say who the new Concacaf League-ready faces might be for Forge FC, but it’s expected that they’ll arrive before the Hamilton-based side squares off against Toronto FC in belated Voyageurs Cup action. The date of the belated 2020 Canadian Championship Final is still be determined, with Canada Soccer noting that it must take both the 2021 MLS and Canadian Premier League seasons into account – neither of which are set in stone as of yet.

If we take care of that and make sure we have the guys prepared, make sure we bring in a couple of players that we think can create a better team around here, then we’ll prepare ourselves for when that time comes for Toronto FC and what is a big game. It’s not a big game because of Toronto FC, it’s a big game for the trophy that’s sitting in front of us.

The match will mark the first time a Canadian Premier League side has ever made it to the Canadian Championship Final. In 2019, league rivals Cavalry FC became the first and only CPL team to defeat MLS opposition in the domestic cup, but bowed out in the semi-final stage. If Forge FC can beat MLS opposition this year, they’ll win both the Voyageurs Cup and entrance to the Champions League.