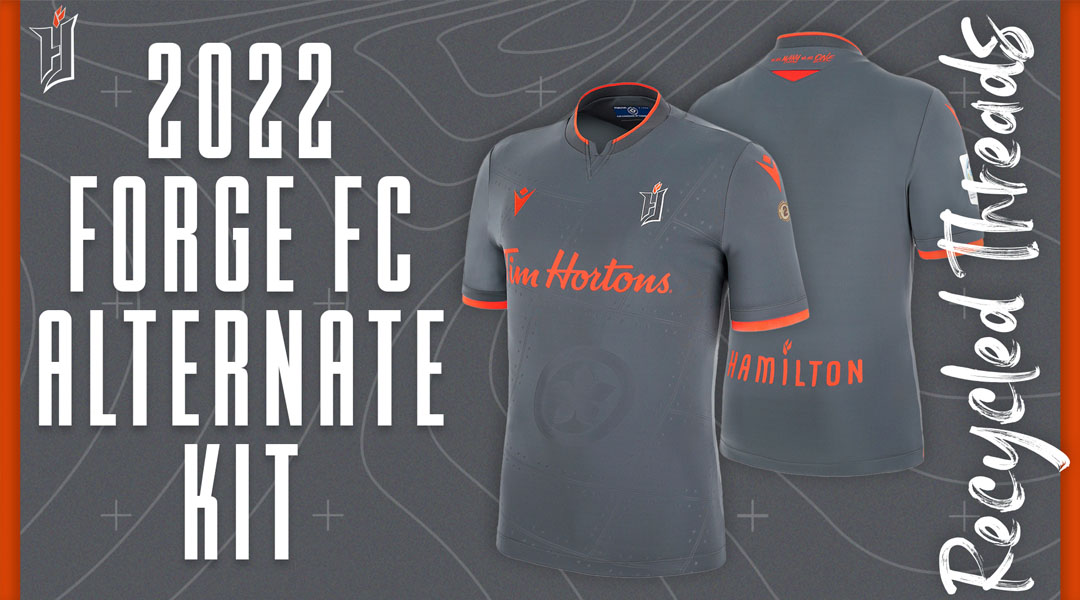 At a fan event held in Hamilton’s Canadian Warplane Heritage Museum, the hammer released a sheet metal grey kit in a direct nod to the museum’s aviation history. The grey sheet metal-style kit is complimented with orange accents, with a cinquefoil – the flower seen in the city of Hamilton’s flag – embossed on the lower front of the jersey, and Hamilton printed on the back.

The kit will also include the newly-minted Legacy Patch system, which will display the club’s two North Star Shield wins in the 2019 and 2020 seasons shown on the left sleeve. The 2022 Canadian Premier League kits will also feature a new number font and name font, too.

It was just a few weeks ago that Forge FC showed off its 2022 primary kit, which boasts a red and orange tone-on-tone pattern that evokes imagery of sparks flying from a hammer.

Forge FC were the sixth team to show off their alternate threads, with FC Edmonton and Atletico Ottawa opening the action last week. Valour FC then revealed a clean white away look, whilst York United went blue and Cavalry FC put forth a return to green. Now, only the Halifax Wanderers and Pacific FC have yet to take a look at their alternates.

Hours before the fan event in the museum, the Hamilton-based side hosted York United in a preseason friendly that finished 1-1, prior to which they bested Halifax 2-1 at home.

Preseason for the hammers started well over a month ago, with the club even wrapping up a Champions League campaign in February. The club will open up its fourth CPL season with a road trip against Pacific FC on April 10.