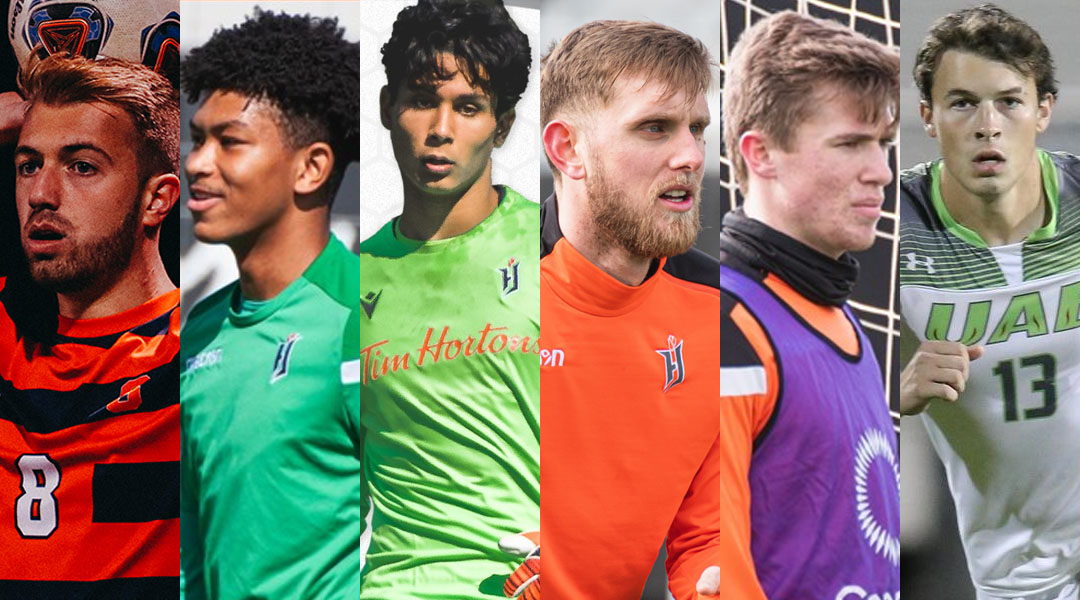 Canadian Premier League side Forge FC has announced a veritable tidal wave of young additions to the team who come as a mix of returning and fresh talent.

The club roster has seen a surplus of announcements in the lead-up to Forge’s Champions League debut against Cruz Azul tomorrow, with preseason matches against Vaughan Azzurri, Syracuse University, and York United preceding the momentous occasion.

The return of Baj Maan comes as no surprise, given that the 21-year-old has featured prominently in preseason training videos for the side. Available as an option behind Triston Henry, the Sigma FC product has featured as a Forge backup in all its prior seasons.

Maan made six appearances for the hammer last year, half of which resulted in clean sheets. He first arrived as an emergency backup in 2019, with a second stint coming following the departure of David Monsalve in 2020. The 2021 CPL campaign saw him join the side for a full season.

Forge has also confirmed that 19-year-old goalkeeper Christopher Kalongo is returning to the side after having joined on a developmental contract last September. The teenage talent arrives through the Sigma FC pipeline, having made ten appearances for the side last season.

The club is also adding defensive midfield talent Noah Jensen, who we touted as a likely Forge FC signing back in December. The former Sigma FC product arrives after a stellar student-athlete career at Oakland University, where he contributed twenty goals and 38 assists throughout 80 matches.

He had been eligible for the 2021 MLS SuperDraft, but went unselected last year. His time stateside also saw the defensive midfielder turn out for USL2 side Michigan Bucks, with the Courtice, Ontario-born athlete now set to play professionally closer to home.

The hammers have also signed Burlington-born midfielder Simon Triantafillou, who was an integral midfielder for both Providence College and Syracuse University. He’s another one who we suggested would be a likely Forge candidate last month, especially given that he donned the captain’s armband with Sigma FC several years ago.

Simon’s time with the Providence College Friars saw him lead the team in assists, recording six of them across 21 games played. At Syracuse, Triantafillou captained the side and played in every match for his 2020-2021 season, recording two goals and two assists. He’d been a mainstay with Syracuse since his arrival, developing alongside previous SuperDraft picks like Ryan Raposo and Nyal Higgins.

The club has also signed defender Cale Loughrey, who spent the last two seasons with the University of Alabama Blazers. The former Unionville Milliken and Darby FC man was a League1 Ontario U-21 All-Star, and trained with York United ahead of the inaugural CPL season.

With the holding midfielder being described by the club as a defender, we might see him being converted to a full-back role during his time in the ambitious city.

The club has also signed 2022 CPL-U SPORTS Draft pick Guillame Pianelli. The six-foot-four centre-back was a big part of the UQTR side that took a U SPORTS Championship in 2019, prior to which the Bastia, France-born athlete developed with third national division side EF Bastia.

The club had been following the defender for some time, with Bobby Smyrniotis saying that Pianelli ticked a lot of boxes for the side. Comfortable on the ball, he’ll arrive as a depth option behind Dominic Samuel and Daniel Krutzen.

It remains to be seen if second round draft pick Mohamed Alshakman will find a spot in the team, with Elimane Cisse confirmed not to be with the club during preseason training. With the likes of Morgan, Sissoko, Campbell, and Hojabrpour all arriving, however, the talent level at Tim Hortons Field remains high.

Today’s roster update is certainly a significant one from Forge: the six new additions have been announced just one day ahead of the club’s Champions League home leg against Cruz Azul.

While it’s expected that Forge may be loaning some of its younger additions to FC Edmonton this year, it’ll be interesting to see who might make a case to stay at Tim Hortons Field for the full duration.