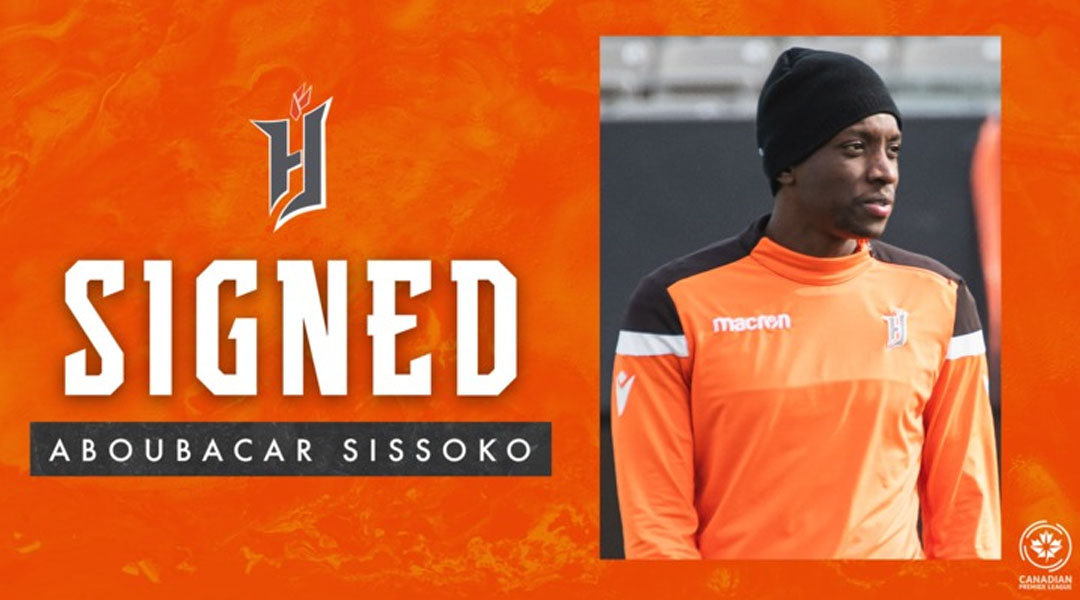 The Hamilton-based side is getting a big midfield presence in Sissoko, who made 21 USL appearances with Indy Eleven last season after helping lead the Halifax Wanderers to an appearance in the 2020 CPL Final.

The six-foot-one midfielder was a real engine for the east coast side at The Island Games, appearing in all but one of the club’s matches in the bubble tournament. He’d also trialed with the Whitecaps ahead of the season.

“Aboubacar is a player we know quite well, and whose qualities and work ethic will allow him to fit right into our group,” said Costa Symrniotis of the high-profile addition.

Sissoko was actually drafted by Forge FC back in 2018, but returned to the Montreal Carabins after he was passed upon at the time. Since taking his first professional steps in 2020, however, the 26-year-old has proven to be quite the talent.

Aboubacar has also represented Mali at the U-20 level.

The Hamilton-based side also announced the addition of teenage midfielder Kwasi Poku, who featured for the Toronto FC Academy last season. The youngster also has USL League 2 and League1 Ontario experience under his belt, with the Brampton youngster standing at an imposing six-foot-three.

“Kwasi is a young player that we are really looking forward to working with as he takes his first steps as a professional,” added Smyrniotis.

Suffice to say, these are quite literally two big midfield additions.

Forge FC will be making its Champions League debut in just two weeks time, which has already led to a big player signing this week: the hammers just added Ashtone Morgan into the mix yesterday.

The midfield will also see the addition of Alessandro Hojabrpour, who’s goal in the 2021 CPL Final saw the North Star Shield move out west to Pacific in December.

Both Sissoko and Poku have been signed to multi-year deals of undisclosed length.